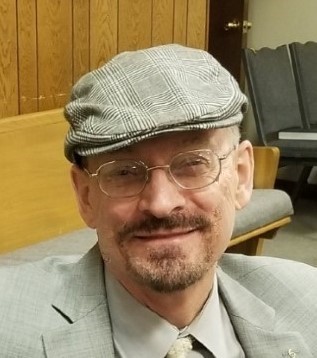 Start reading To Walk the Dog on your Kindle in under a minute.

Glen
5.0 out of 5 stars Drain the Swamp? Yeah, right!
Reviewed in the United States on April 20, 2020
Joe just wants to retire and walk a dog. It's not in the cards. To Walk the Dog is a mystery including a message from God. When Army veteran Joe O’Flaherty enters the civil service, he encounters many "critters.” Denied retirement, he is called upon by the president to “drain the swamp.” Will he be successful, or will the swamp eat him alive? Retirement from the Army is not all Joe thought it would be. Taking a job with the civil service, he encounters poor treatment, waste, and a mysterious enemy. Wishing he were back getting shot at, he fights the entrenched bureaucrats to provide his values of patriotism, integrity, and sacrifice. When the president coerces him to take on one more mission, he has to delay his peaceful retirement, sacrificing his dream of spending time with a dog and with Diona, his life-long companion. Did I mention a mysterious “witch” who hunts him every step of the way?
Who should read this? Veterans, Christians, taxpayers, civil servants, conservatives, liberals. This is the only non-fiction fiction about Draining the Swamp.

Jason Welch
5.0 out of 5 stars Unique look at the helpful and hindering characters that keep our government afloat.
Reviewed in the United States on May 26, 2020
Full disclosure: the author is my father, and this is his first novel. I might be biased in my review, so don’t take my word for it.

To Walk the Dog offers in insider’s perspective on public service from the eyes of a recently retired U.S. Army soldier entering the blank world of the government service and those public servants whose job it is to write and manage the myriad contracts that keep our government institutions running. Along the way we meet some of these government workers, from the hard-working and dedicated, to the “swamp critters” that feed off the system and abuse their positions for personal gain and wealth.

It may not be everyone’s cup of tea, but if you’ve ever considered government service or a job within a large and mostly bureaucratic organization, then you just might find this story relatable.

Debbie Sharpe
5.0 out of 5 stars Take the High Road.....Joe!
Reviewed in the United States on May 31, 2020
This was a great read! I saw so much truth in Joe's disappointment with mediocrity in the work place, and his frustration with the 'who you know' not 'what you know' practices in government agencies. The determination to take the high road, dust off his shoes and walk away, and the sense to get off a broke horse all worked out well in the end... but the price was high. Integrity was the hill he chose to die on... or not! I loved his patriotism, his loyalty, and his faith! I love a happily ever after, too. Now I am anxiously awaiting the next release by Dr. G. F. Welch!
Read more
Helpful
Comment Report abuse

Bobby
5.0 out of 5 stars An eye-opening Great Read
Reviewed in the United States on May 30, 2020
Being a military family, this was a fun read but also a sad one because of the truth behind it. That being said, this book was well written and kept my attention throughout. I liked the inclusion of the swamp animals. It gave a great mind picture of the person described. I would highly recommend this book!
Read more
Helpful
Comment Report abuse

Norberto Caez
5.0 out of 5 stars Mystery
Reviewed in the United States on June 20, 2020
The author keep you interested on finding out who is the person behind causing all problems. Overall the book is great and easy to follow and maintain a sequence of events to the end. The author also maintains the suspense(like a good mystery) in the story either by making you feel part of the book or becoming the main character. You can't wait to reach the end of the book and feels like you can't put the book down.
Read more
Helpful
Comment Report abuse
See all reviews