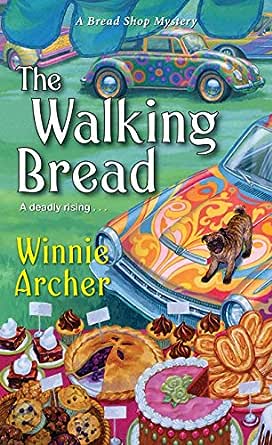 You've subscribed to A Bread Shop Mystery! We will preorder your items within 24 hours of when they become available. When new books are released, we'll charge your default payment method for the lowest price available during the pre-order period.
Update your device or payment method, cancel individual pre-orders or your subscription at
Your Memberships & Subscriptions
There was an error. We were unable to process your subscription due to an error. Please refresh and try again. 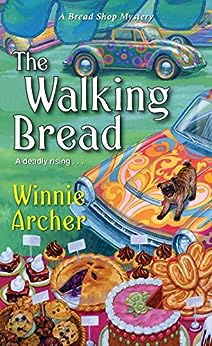 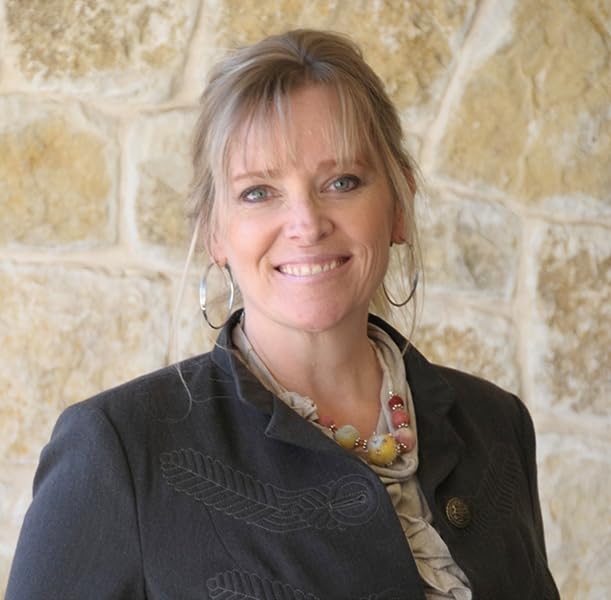 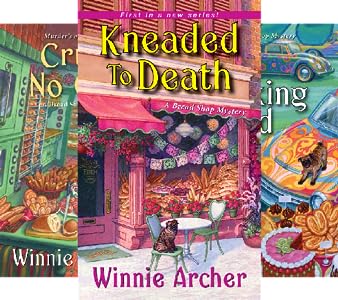 Winnie Archer is a middle-school teacher by day and a bestselling author by night. Born in a beach town in California, she is known for writing cozy mysteries that involve baking, crafts, and Mexican food. When not writing, she enjoys yoga, chocolate, and pumpkin-spice lattes. She currently resides with her five kids and husband in northern Texas.

Emily Durante has performed in a number of stage plays professionally, in the community, and at the college level. Other performance credits include commercial and industrial voice work, educational live theater, and singing telegrams. She has been narrating audiobooks for over ten years. She has also directed audiobooks, including the Earphones Award-winning performance of Heaven's Keep narrated by Buck Schirner. She resides in the Philadelphia area with her husband and two children. --This text refers to the audioCD edition.

4.4 out of 5 stars
4.4 out of 5
40 global ratings
How are ratings calculated?
To calculate the overall star rating and percentage breakdown by star, we don’t use a simple average. Instead, our system considers things like how recent a review is and if the reviewer bought the item on Amazon. It also analyzes reviews to verify trustworthiness.

Meru
5.0 out of 5 stars Enjoyable
Reviewed in the United States on January 7, 2020
Verified Purchase
I really enjoyed this book. The characters are well described. It kept me guessing until the end.
Read more
Helpful
Comment Report abuse

Tracy
4.0 out of 5 stars Another lively, enticing read
Reviewed in the United States on September 3, 2019
Verified Purchase
Having stumbled upon Winner Archer when looking for an interesting, fun author, I fell into the Yeast of Eden! The Walking Bread lives up to the storylines of the previous books in this series, and while I thought I had it figured out, there's enough to keep you questioning your solution. And I love the recipes! They are wonderful & I certainly appreciate ANY author that includes the gluten free alternative to such yummy breads!!!!!!!
Read more
Helpful
Comment Report abuse

Leah's Insights
5.0 out of 5 stars Captivating
Reviewed in the United States on October 11, 2018
Verified Purchase
This author always keeps you guessing. I did not see the ending coming at all. Masterful storyteller well worth reading. The series was a quick easy read. Enjoy
Read more
Helpful
Comment Report abuse

Kris Anderson, The Avid Reader
VINE VOICE
3.0 out of 5 stars Third book in A Bread Shop Mystery series!
Reviewed in the United States on October 23, 2018
The Walking Bread by Winnie Archer is the third installment in A Bread Shop Mystery series. Ivy Culpepper lives in Santa Sofia, California which is busy preparing for the Art Car Show and Ball. Contestants spend months decorating their cars for the contest and parade. Ivy is the photographer for the event and has been busy uploading photos to the website. Ivy’s brother, Billy has not participated in a few years because he continually lost to the deceptive Max Litman. Billy has created a car to honor their mother who passed away recently. He is sure his beautiful Through the Looking Glass car will take the grand prize. Ivy is photographing the cars and is shocked by Max Litman’s creation. What Ivy thought was a prop, turns out to be Max. With the rivalry between Max and Billy well known, Billy zooms to the top of the suspect list. With Deputy Sheriff Emmaline Davis sidelined by Sheriff Lane, it is up to Ivy to find out who wants Billy to take the fall for Max’s death. Ivy, with the help of her trusty sidekick, Penelope Branford, must sift through the potential suspects, the clues, and the gossip to identify the killer.

The Walking Bread is not a standalone story. You need to read Kneaded to Death before embarking on the newest book in A Bread Shop Mystery series. I found The Walking Bread easy to read courtesy of the writers’ style of writing. The pace varies throughout the book. I am happy to see Ivy happy living in Santa Sofia. She has a cozy home, family and good friends. I wish the author had taken the time to explain her job in The Walking Bread. We know she is a photographer and taking photos of the event for the city. Does she have her own business? It is not explained in this book. I found the concept of art cars fascinating. What a unique idea. The entrants take old cars and turn them into art pieces. Billy’s car sounded magical with it’s Through the Looking Glass theme. The description allowed me to imagine what the piece looked like. Max Litman is one of those characters that readers will love to hate. Immediately I could tell that he would soon be found dead and he was in a dramatic fashion. The account of his car will have you cringing (perfect for Halloween). Billy (of course) is the prime suspect so Ivy steps up to find the guilty party. Her helper is Penelope Branford who enjoys the investigations. Not many people liked the victim (shocker), and Ivy must wade through the various suspects to determine who would want him dead. The mystery can easily be solved before the solution is revealed. I felt the resolution was incomplete. There is supposition instead of facts. There are many cozy moments as Ivy spends time with her family, bakes bread with Olaya Solis, and enjoys romantic moments with Miguel Baptista. There are some tender and sad moments as the Culpepper family mourns the loss of their matriarch and share their favorite memories. I would like the books in this series to have more depth and character development. I am giving The Walking Bread 3 out of 5 stars. The Walking Bread is a good choice for those readers who prefer airy cozy mysteries.

RO G'ma
4.0 out of 5 stars Art Car event Turns Deadly
Reviewed in the United States on September 25, 2018
The Walking Bread is the third book in Winnie Archer’s Bread Shop Mystery series. The characters are three dimensional and well developed and the plot is well paced and can be read as a standalone as the author provides great background information. Ms. Archer’s writing is descriptive and vivid, making you feel you are with the characters and actually experiencing what they are. There are multiple possible suspects, and lots of clues ad twists and turns in this well plotted whodunit. There’s a touch of romance, lots of compassion and caring, and emotions involved with the pages of this book. The identity of the killer was surprising.

Ivy Culpepper, a professional photographer, returned to her hometown of Santa Sofia after the death of her mother and is working part-time as a bread-making apprentice at Yeast of Eden, a Mexican bread bakery run by her friend Olaya Solis. Almost every year since he was seventeen years old, Ivy’s brother, Billy, had an entry in the event, only to be beaten out by his rival, Max Litman, every time. Their mother loved the Art Car Parade and Ball more than any of Santa Sofia’s other events, so after taking a hiatus for a few years, Billy decides to enter this year. In honor of her, he replicated “Through the Looking-Glass,” one of their mother’s favorite books. Ivy, Billy, and Owen, their dad, are certain this will be the year he brings home the blue ribbon. Completed entries were being housed in an airplane hangar outside of town. Ivy was photographing the first of the entries and since she wanted to take her little fawn pug, Agatha, along, her dad agreed to join them and keep an eye on high-spirited Agatha. As they approached one of the cars, Agatha stopped, sat down, refused to move, and uncharacteristically bared her teeth. The car troubling Agatha, decorated as a grotesque zombie, was missing its registration tag and upon closer inspection, Ivy discovered a dead Max Litman inside the zombie’s mouth. Max was a liar and a scoundrel and not many people will be sad he was dead. Everyone knew there wasn’t any love lost between the two men, so with one piece of circumstantial evidence against him, a lot of people think Billy’s guilty, including Sheriff Robert Lane. Deputy Sheriff Emmaline Davis, Ivy’s best friend, who is planning a life with Billy, is taken off the case. Ivy is determined to clear her brother’s name.