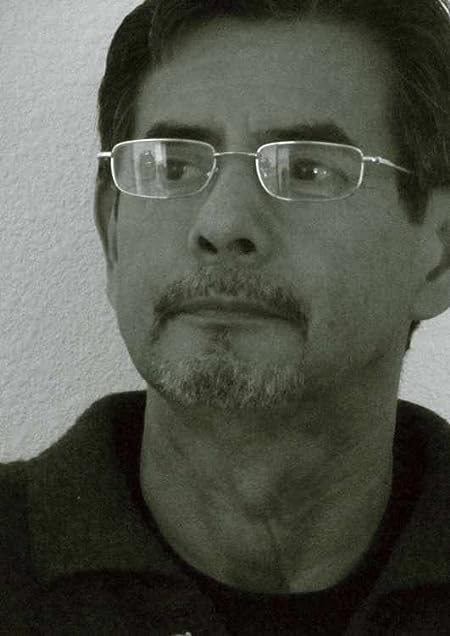 Hello! And thank you for visiting my Author's Page...

I write about personal financial management...but only sort of...really my books are about using your money to accomplish your goals and dreams. But be advised, I do have something of a Zen inclination!

At one point in my life, I was 33 at the time, I was unemployed, broke (which I define as having no savings), over $50,000 in debt, and imposing on the kindness of family for a place to live. Not too many years later, I was debt-free and financially independent. So, I know what it's like to have a financial meltdown and I know what it takes to recover!

You can preview any of my books at their respective Amazon page and even download a sample to your Kindle or other e-reader. And, please, feel free to contact me personally at: tmgbooks.com@gmail.com. I really enjoy hearing from my readers! Thanks, again. WRC. 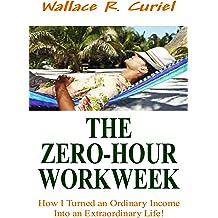 THE ZERO-HOUR WORKWEEK: How I Turned an Ordinary Income Into an Extraordinary Life! Jul 30, 2014
by Wallace R. Curiel
( 1 )
$4.99
Once upon a time, I came to realize that the life I wanted, the life of my dreams, was not going to happen by accident. After thinking about that for a while, it came to me that I could design my life going forward using a deliberate process to achieve my lifestyle goals--a process I now refer to as Lifestyle Design.

And what I also came to realize is that the life I wanted was a product...a product just like any product on any shelf in any store--anywhere! Except that it doesn't come in a box, does it?

If it did, I mean, if our dream life could be plucked from a shelf and came in a box with the price tag attached, I think many more of us would, in fact, be living our dream life today!

But it is not that easy. But it is not impossible. And it does not have to cost all that much. I never earned more than a solidly middle-class income. But what made all the difference in my life was how I leveraged my income to achieve my dreams.

And my message to you is simply this: If I was able to do it, so can you.
Read more 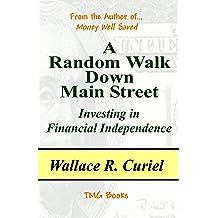 A RANDOM WALK DOWN MAIN STREET — Investing in Financial Independence Dec 5, 2013
by Wallace R. Curiel
$3.99
This is not a primer on real estate investing, there are plenty of those available...in this book the author, a real estate investor since 1980, relates the story of his own random walk. Learn why the authors has chosen to skip stocks in favor of investing in local residential real estate and how he has achieved annual returns as high as 200%!

Unique in this category, it is unlike anything you will read anywhere else.
Read more 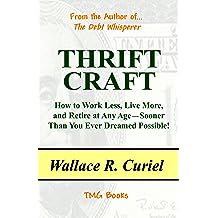 THRIFTCRAFT — How to Work Less, Live More, and Retire at Any Age Sooner Than You Ever Dreamed Possible! Sep 13, 2013
by Wallace R. Curiel
$3.99
We all have the power to achieve the work/life balance of our dreams. Work is a good thing BUT, the fact is, for most of us the five-day, forty-hour workweek is simply too much of a good thing!

To work less in order to have more time to do whatever it is you would rather be doing, is not all that complex an undertaking. But how you achieve that goal is not something that we are taught in school.

In fact, most of us will live our entire lives without ever thinking that working less than the norm is even an option! What a waste! 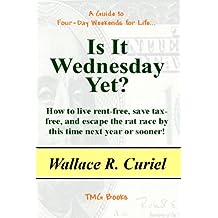 IS IT WEDNESDAY YET? How to Live Rent-Free, Save Tax-Free, and Escape the Rat Race by this Time Next Year or Sooner! Feb 26, 2013
by Wallace R. Curiel
( 3 )
$3.99
Think you can't afford to work any less? That's where you're wrong! That's the NUMBER ONE misconception that keep people trapped in the artificial construct and constraints of the five-day, forty-hour workweek.

In my book, Is It Wednesday Yet?, you will learn a plan that can have you out of the rat race by this time next year or sooner! You do know what the rat race is, right? Well, just in case you don't let me define it for you:

The rat race is the daily grind of the nine to five, eight-hours-a-day, five-day workweek. And you can make your escape without having to get lucky! Get your life back starting today! Imagine, a four-day weekend, every week, for the rest of your working life!

If your goal is to achieve a better work/life balance and by better what you mean is less work and more life than you have been able to accommodate within the constraints of the daily grind of nine-to-five, then skip to the chase: Work less!

Look, that was where I was in my life -- all work and no play. My job was intense -- I was a Human Resources executive in the Federal Government and my duties included managing the IT, Logistics, Contracting, and Health and Safety functions of the agency where I worked. Years before, I had read two books that changed my life: Cashing In On the American Dream and Your Money or Your Life . These books changed the direction of my life and the way I thought about money. Before reading those books, I thought money was simply a way to fill up your life with stuff. Stuff you could do without, mostly.

After reading those books, I realized that money could be used to buy freedom if you earned it and spent it with that end in mind: Begin with the end in mind! In those two books, you learn that the way to escape the rat race is to achieve TOTAL financial independence. What is total financial independence? It is when you have a source or sources of passive income that is sufficient to pay your cost of living for the rest of your life. Passive income is money that you do not need to work for. Money you work for is EARNED income and most of us survive and pay the bills with earned income -- money from our full-time job.

I thought that the way to escape the rat race would be to achieve total financial independence. AND IT IS! But it is not the best way and it is definitely not the shortest route or is it the answer that is most in keeping with Occam's Razor! It took me 12 years to achieve total financial independence. Then it took me another two years to get up the courage to walk away from my $100,000 a year job. Then, one day, I sat my boss down and told her I was leaving!

About two weeks after I had left I had something of an epiphany: I missed my old job! Not all of it, not the daily grind, not the five-day workweek but my friends I had left behind and those aspects of the work that I actually found rewarding, I did actually miss! And I was way, way too young to retire, although that was exactly what I was. I didn't need income above what I had coming in; I could have played golf every day (although first I would have had to take it up since I didn't play golf), I could have sat on a rocking chair on my front porch and whittled all day, or I could have lounged around watching TV. I could have but that was not what I wanted -- NO WAY!

That is when it hit me -- I didn't want to not work at all! It was never what I really wanted! I only wanted to work less and I wanted the work I did to be meaningful and fulfilling. And I am betting that's what you want too! Read the rest of my story, the details of my personal story, and learn how you can live rent-free, save tax-free, and escape the rat race by this time next year or sooner in this exciting book that is a road map to the future you have always dreamed of!
Read more
Other Formats: Paperback 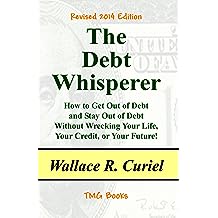 THE DEBT WHISPERER — How to Get Out of Debt, and Stay Out of Debt, Without Wrecking Your Life, Your Credit, or Your Future! Jul 8, 2011
by Wallace R. Curiel
( 5 )
$3.99
From the author of MONEY WELL SAVED comes a unique strategy to not just eliminate your debt but to eliminate the reason why you're in debt in the first place.

Do not make the too common mistake of giving your debts more power over your financial life than they already have -- take back control of your money!

I am a financial writer and personal financial coach who specializes in helping my clients get debt-free in a way that is in their own best interest NOT in the best interest of their creditors. Of course, from someone whose coaching clients call THE DEBT WHISPERER you would expect something unique, right?

Well, you'll get it in this book:

-- Learn why eliminating your debts is not your number one financial priority.

-- Learn exactly what steps to take to stop your debt from growing any larger.

-- And learn how simply by taking a single step you can forget about your debts entirely and get back on the road to financial peace of mind!

Read reviews of this title at the book page on Amazon and visit my Author Central page for a complete list of titles and recent blog posts.
Read more
Other Formats: Paperback