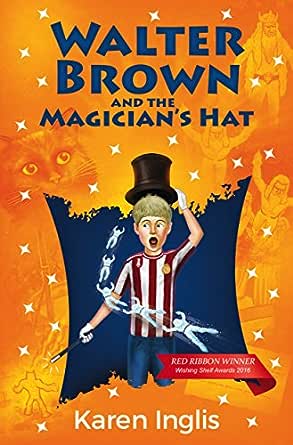 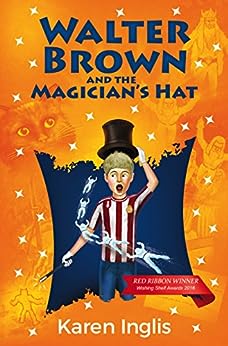 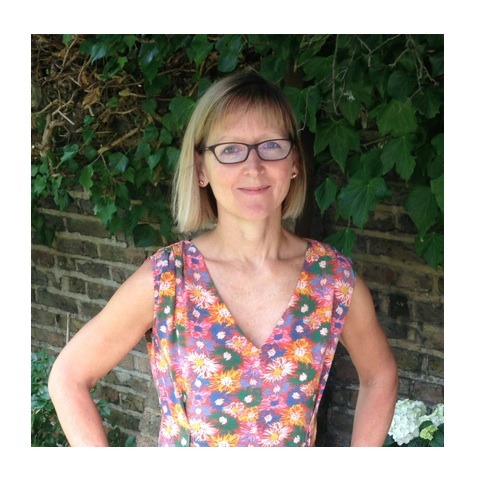 "There are many aspects to this short children's novel which are excellent. Firstly, the style of writing is a perfect balance of 'pace' and 'character development'. In very few words, the author successfully helps the reader to understand Walter (and his cat) and, as a result, the reader starts to care for them and what will happen to them. The author also seems to work particularly well with speech and characters.

"With short chapters and a sprinkling of well-drawn illustrations, I would happily recommend this book to any 7 to 10 year-olds." --This text refers to the paperback edition.

Lulu
5.0 out of 5 stars The Magicians Hat
Reviewed in the United States on July 9, 2020
Verified Purchase
My daughter thoroughly enjoyed this book. Kept her attention from beginning to end. She will definitely be reading more from this author.
Read more
One person found this helpful
Helpful
Comment Report abuse

Barbara Frazier
4.0 out of 5 stars Four Stars
Reviewed in the United States on December 27, 2016
Verified Purchase
This was a nice story. The child I purchased it for became Walter Brown for school Halloween.
Read more
One person found this helpful
Helpful
Comment Report abuse

Carrie L Nevalainen
5.0 out of 5 stars Creative and Amazing
Reviewed in the United States on September 5, 2019
Verified Purchase
My daughter loved this book. She thought it was very creative. She read it straight through without stopping!
Read more
Helpful
Comment Report abuse

Debbie Young
4.0 out of 5 stars Engaging adventure story to keep even reluctant young readers turning the pages
Reviewed in the United States on December 13, 2016
I was fortunate to be an early reader of this book prior to publication, so I was very pleased to receive a free review copy once it was officially published to see how it finally turned out.

In my view, it's another Karen Inglis classic, with all her usual hallmark features designed to engage reluctant readers without boring or patronising them. Far from it - this is a far-paced adventure story about an apparently ordinary (ie easy to relate to) boy who gains magic powers on his tenth birthday, including the ability to converse with his cat, a lively and assertive character who helps Walter get to grips with his new abilities without causing too much lasting chaos. There's also a likable older sister and some new friends involved, and some agreeable adults lurking in the background, though Walter and his cat are always the focus of the action.

At the centre of this adventure, which I suspect will be the first of many for Walter, is a trick that draws the characters from a video game to step outside of the television, with riotous consequences.

All the ingredients will be easy for children around Walter's age to relate to, with a certain amount of wish-fulfilment material t(who wouldn't want to receive magic powers for their 10th birthday?!) The book's short chapters, illustrated with occasional mono pictures to encourage reluctant readers, will keep children turning the pages to the end, where they'll find free samples of two of Inglis's other books for children of this age group, "Eeek! The Runaway Alien" about an alien who comes to Earth to pursue his love of football, and "The Secret Lake", my personal favourite, which is a time-slip adventure inspired by the Isabella Plantation in Richmond Park.
Read more
2 people found this helpful
Helpful
Comment Report abuse

Chris123
4.0 out of 5 stars Magical mayhem fun!
Reviewed in the United States on December 12, 2017
Magical mayhem? Check. An inspiring young protagonist? Check. A plot to keep the children entertained? Check. Do I need to go on? Thought not.

Walter Brown is in for a surprise when he dons his 10th birthday present - a very special top hat. What follows is an adventure of a lifetime, with magic, monsters, friends, and enemies galore...

With beautifully written prose that bounces along the page, this is delightful, fun, and entertaining fiction. My children enjoyed the story immensely (as did I!) and there were many points for discussion too. Recommended!

*Thank you to the author for my free review copy.
Read more
Helpful
Comment Report abuse

Helen Zahopoulos
5.0 out of 5 stars Perfect for kids who love action and adventure with a dose of magic!
Reviewed in the United States on October 20, 2017
The kids and I loved this book. We read it all in one day. Walter Brown is a likeable character and very true to life. The story is incredibly creative and engaging. A wonderful story for kids to read on their own or to be read at bedtime. The chapters are just the right length. We loved the talking cat! And my son who used to be an avid magician when he was younger (he's now 13), went and took out all his magic tricks from storage and started doing magic again as a result of reading the book. The conflict in the book was fast paced and we couldn't guess what was to come. A great read!
Read more
Helpful
Comment Report abuse

Dorothy
5.0 out of 5 stars A adventurous story
Reviewed in the United States on October 20, 2017
A very creative, adventurous and wonderfully written story! All children will love this story and Walter!
Read more
Helpful
Comment Report abuse
See all reviews from the United States

Sue
4.0 out of 5 stars Good read
Reviewed in the United Kingdom on August 24, 2019
Verified Purchase
Bought for my grandson - he loved it
Read more
One person found this helpful
Helpful
Sending feedback...
Thank you for your feedback.
Sorry, we failed to record your vote. Please try again
Report abuse

Nanniemate
5.0 out of 5 stars Five Stars
Reviewed in the United Kingdom on June 5, 2018
Verified Purchase
Bought as a gift but read to check suitability lovely book
Read more
Helpful
Sending feedback...
Thank you for your feedback.
Sorry, we failed to record your vote. Please try again
Report abuse

Haldon
5.0 out of 5 stars Five Stars
Reviewed in the United Kingdom on May 25, 2018
Verified Purchase
Birthday gift not sent yet
Read more
Helpful
Sending feedback...
Thank you for your feedback.
Sorry, we failed to record your vote. Please try again
Report abuse