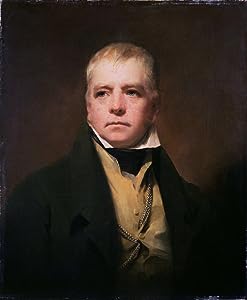 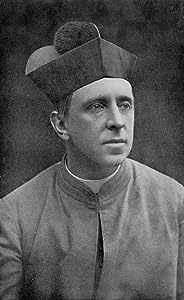 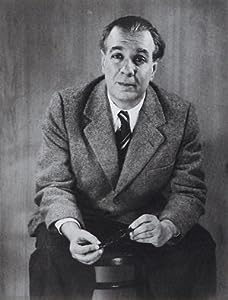 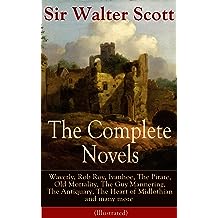 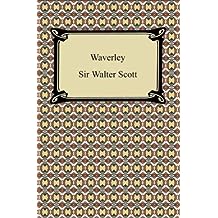 Waverley [with Biographical Introduction] Jul 1, 2004
by Sir Walter Scott
( 70 )
$0.99
First published with great success in 1814, Scott’s first novel is set in the Scotland of 1745, amidst the Jacobite uprising. Widely considered the first English historical novel, this story of self-discovery follows the young Edward Waverley, an English soldier in the Hanoverian army. He is sent to Scotland, and there he visits both the Lowlands and the Highlands. Waverley meets both lairds and chieftains, and he is soon caught up in both the Jacobite cause and in romantic feelings for the lovely daughter of Baron Bradwardine, Rose, and the passionately political Flora Mac-Ivor, sister to Chieftain Fergus. Full of beautiful description of the natural scenery of Scotland, Scott drew on his childhood memories and talent as a writer to conserve a piece of history and a way of life threatened by civil war.
Read more
Other Formats: Audible Audiobook , Hardcover , Paperback , Audio CD 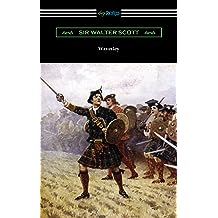 Waverley Mar 20, 2020
by Sir Walter Scott
( 7 )
$7.49
First published anonymously in 1814, “Waverley” was Sir Walter Scott’s first novel and one of his most popular. The story is set in the Scotland of 1745 amidst the Jacobite uprising and follows the young Edward Waverley, an English officer in the Hanoverian army. He is sent to Scotland and while on leave from training he visits friends of his family in the Lowlands and the Highlands. Waverley meets lairds and chieftains, and he is soon caught up in the Jacobite cause and develops romantic feelings for both Rose, the lovely daughter of Baron Bradwardine, and the passionately political Flora Mac-Ivor, sister to Chieftain Fergus. While the English question Waverley’s loyalty, his honor and courage gain him allies on both sides of the conflict. Full of beautiful descriptions of the natural scenery of Scotland and thrilling accounts of battle and danger, Scott drew on his childhood memories and exhaustive historical research to document Scottish history and to preserve a way of life threatened by civil war. The result is a moving and inspiring tale which contains to entertain and educate readers two centuries later. This edition includes a biographical afterword.
Read more
Other Formats: Hardcover , Paperback 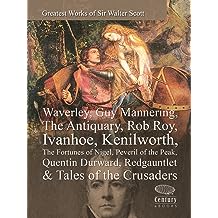 Sir Walter Scott (1771–1832) was a Scottish novelist, acclaimed as the inventor of the genre of the modern historical novel. He tried his hand at documenting his researches into the oral tradition of the Scottish Borders in prose fiction as a mimetic vehicle for portraying historical events, and published his first novel, Waverley, anonymously. There followed a succession of novels over the next years, each with a historical setting, rehabilitating the public perception of the ancient culture of the Scottish Highlands. Mindful of his reputation as a poet, Scott maintained the anonymity publishing under the name "Author of Waverley". This collection, contains his best works, in their original editions: Waverley, Guy Mannering, The Antiquary, Rob Roy, Ivanhoe, Kenilworth, The Fortunes of Nigel, Peveril of the Peak, Quentin Durward, Redgauntlet & Tales of the Crusaders. 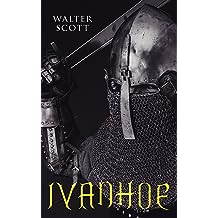 Ivanhoe: Historical Novel Mar 2, 2018
by Walter Scott
( 16 )
$0.99
Sir Wilfred of Ivanhoe, is out of favour with his father for his allegiance to the Norman king Richard the Lionheart. The story is set in 12th century England, after the failure of the Third Crusade, with colorful descriptions of knight tournaments, witch trials and outlaws. This story is follows one of the remaining Saxon noble families at a time when the nobility in England was overwhelmingly Norman.
Read more
Other Formats: Audible Audiobook , Hardcover , Paperback 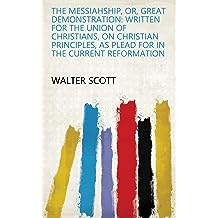 The messiahship, or, Great demonstration: written for the Union of Christians, on Christian principles, as plead for in the current reformation May 8, 2018
by Walter Scott
$7.95
This is a reproduction of a classic text optimised for kindle devices. We have endeavoured to create this version as close to the original artefact as possible. Although occasionally there may be certain imperfections with these old texts, we believe they deserve to be made available for future generations to enjoy.
Read more
Other Formats: Hardcover , Paperback 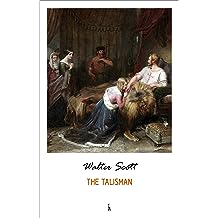 The Talisman May 13, 2020
by Walter Scott
( 24 )
$0.00
The Talisman revolves around the Third Crusader’s camp in the Holy Land whereby there exists a truce between the Christians and the Muslims. The camp, which is led by King Richard I of England (the Lion-heart) who is grievously ill, is being torn apart by tensions between rival leaders.

Sir Kenneth, the Knight of the Couchant Leopard, is one of the knights who follow King Richard to the Holy Land of Jerusalem during the Crusade. He is sent on a mission to the desert far from the camp where he stumbles upon Muslim leader Salah-ed-Din Yusef ibn Ayub or Saladin disguised as a Saracen Emir and the two engage in battle whereby none of them is injured. Since a truce is in existence between the two conflicting factions, they strike up a friendship and continue their journey together.

Sir Kenneth helps Saladin gain entry into the Christian camp posing as a physician and he helps cure King Richard of his ailment. The King is pleased with Kenneth and he entrusts him to guard the banner of England which he does unsuccessfully after Richard’s wife Queen Berengaria distracts him with a message from Lady Edith Plantaget who the knight is infatuated with.

Sir Kenneth is dishonored and only escapes execution after the Emir agrees to take him as a slave and the events that follow shape the story that is full of deceit and high handedness as King Richard struggles to maintain control of the camp while also focusing his crusade of the Holy Land.
Read more
Other Formats: Hardcover , Paperback , MP3 CD 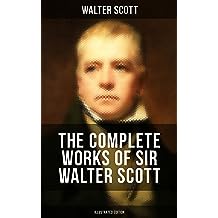 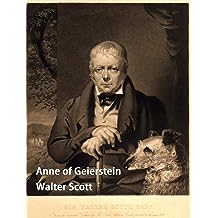 Anne of Geierstein, or The Maiden of the Mist is a novel by Sir Walter Scott. It is set in Central Europe, mainly in Switzerland, shortly after the Yorkist victory at the Battle of Tewkesbury. It covers the period of Swiss involvement in the Burgundian Wars .
Sir Walter Scott was a Scottish historical novelist, poet, playwright, and historian. Many of his works remain classics of both English-language literature and of Scottish literature. 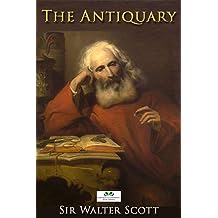 The Antiquary (Illustrated) Mar 14, 2014
by Sir Walter Scott
( 41 )
$0.99
Scott's thrilling Gothic tale of romance, mystery, adventure and heroism is replete with hidden treasure, cliffhangers, eerie ruined abbeys and down-to-earth characters. It's centered around the figure of an antiquary - an amateur historian and archaeologist - who provides a brilliantly witty commentary on the unfolding adventures. Just as accessible and enjoyable today as it would have been when first published almost two hundred years ago, the novel still enjoys huge popularity throughout the world.
This meticulous digital edition from Heritage Illustrated Publishing is a faithful reproduction of the original text and is beautifully illustrated with the delightful sketches that accompanied early editions of the novel.
Read more
Other Formats: Hardcover , Paperback 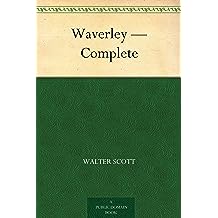 Waverley — Complete Mar 24, 2011
by Walter Scott
( 186 )
$0.00
This book was converted from its physical edition to the digital format by a community of volunteers. You may find it for free on the web. Purchase of the Kindle edition includes wireless delivery.
Read more
Other Formats: Paperback 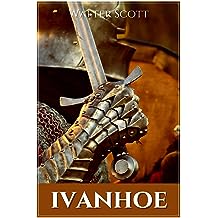 For this novel, Scott moved far away from the setting of his own turbulent time. He went back to the late 12th century, and to England rather than the Scottish settings of all his previous novels. He connected his writing Ivanhoe with his concerns about contemporary events.
Scott drew together the apparently opposing themes of historical reality and chivalric romance, social realism and high adventure, past and present.