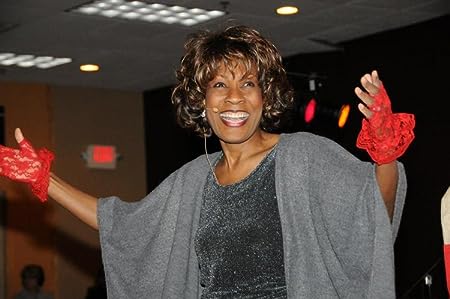 Wambui was born in Greensboro, North Carolina in 1950. She began her formal theatrical studies at New York University School of the Arts and made her professional theatrical debut in Godspell at Ford's Theater in Washington, D.C. She went on to perform in numerous Broadway shows, Broadway show tours, regional and stock theater productions.

Wambui wrote, produced and stars in the one-woman musical "Balancing Act - the Musical" (about mental illness) and "I Am Domestic Violence". Both of these shows have received national acclaim for the unique way that they provide outstanding entertainment while dealing with important issues in our communities.

Named John Ann Washington at birth, Wambui Bahati is her legal name taken on during the "reinvention of herself." In Swahili Wambui means "singer of songs," Bahati means, "my fortune is good." She currently lives in New York City.

Her passion: "Reminding You of Your Magnificence." 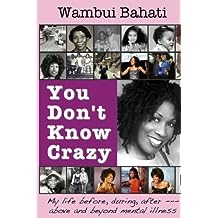 You Don't Know Crazy Nov 1, 2008
by Wambui Bahati
( 11 )
$4.42
From Broadway star to mental patient. Her struggle with mental illness is the underlying and recurring theme in her life until, the day, she walked away from the mental health system and became her own doctor and healer. Wambui shares how mental illness stole her life and how she took it back and re-invented herself.

*****
Wambui Bahati, a.k.a. John-Ann Washington, shares a powerful, personal and important story about mental illness, self-esteem, self-love and courage. She was born and raised in the segregated south during the 1950s and 1960s and has sprinkled the narrative with significant national historical events, and how they personally effected her life. She invites us in for a behind the scenes look at her years as an actress on Broadway and in national touring shows.

Wambui also reveals exactly what she did that allowed her to reclaim her life, and she encourages the reader to understand that each and every one of us has an innate wisdom and strength that may have either been forgotten about, or the knowledge has been lost as to how to tap into that inner wisdom and strength. This book will show you how to find that within yourself, and reclaim your own life.

When it seemed like her life couldn’t get any worse, she decided she only had two options - she could either live, or she could die. If she lived, she told herself it would be on her own terms.

For the past 10 years she has researched, studied and explored various ‘quality of life’ altering strategies. Her mission was to find out how to have a life of joy, peace and fabulous health – the best life possible! This inspiring woman not only ‘got up’ when everyone thought she was ‘out for the count’, but rose to new heights, and continues to soar. You Don’t Know Crazy gives you the inspiration and tools that will allow you to soar too!
Read more
Other Formats: Paperback 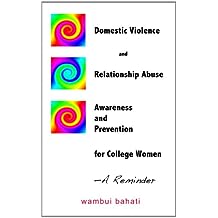 Domestic Violence and Relationship Abuse Awareness and Prevention for College Women—A Reminder Nov 26, 2010
by Wambui Bahati
( 4 )
$0.99
It is due to the alarming college dating abuse statistics that this book is written specifically to college women but generally for all young women. Disrespect and abuse of young women is becoming so prevalent that many women are starting to accept it as normal. This book serves as a reminder that love should not hurt and other information to help avoid and/or get out of abusive relationships.
Read more
Other Formats: Paperback 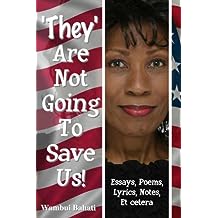 They Are Not Going To Save Us Sep 5, 2011
by Wambui Bahati
$4.99
With her essays, poetry, lyrics, illustrations and notes, entertainer and author, Wambui Bahati, opens her life, mind, soul and spirit for the reader to embark on a wonderful and powerful emotional roller-coaster ride. Smile, laugh, cry, be inspired, remember your strength and power, or take a trip down memory lane—back to the 1960s—or, the ol' plantation. In this anthology, topics that Wambui comment on include love, fear, honoring ourselves, taking responsibility for our happiness, dish-washing, television, Christmas, etc.
Read more
Other Formats: Paperback