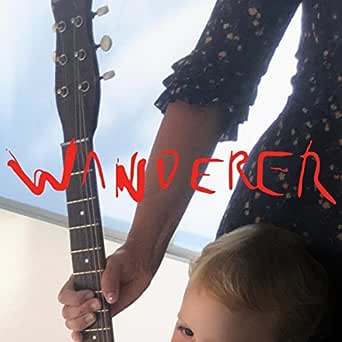 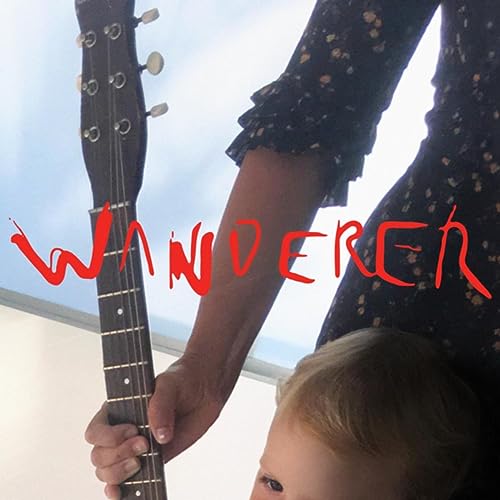 Cat Power
4.6 out of 5 stars 127 ratings
See all 4 formats and editions Hide other formats and editions
Buy the CD album for $13.39 and get the MP3 version for FREE.&nbspCD album ships from and sold by Amazon.com. Terms and Conditions. Does not apply to gift orders. Complete your purchase of the CD album to save the MP3 version to your Music Library.

4.6 out of 5 stars
4.6 out of 5
127 global ratings
How are ratings calculated?
To calculate the overall star rating and percentage breakdown by star, we don’t use a simple average. Instead, our system considers things like how recent a review is and if the reviewer bought the item on Amazon. It also analyzes reviews to verify trustworthiness.
Top reviews

William Lynd
4.0 out of 5 stars Classic Chan Marshall!
Reviewed in the United States on November 21, 2018
Verified Purchase
I've been looking forward to this release since the last release (2013's Sun). This CD is kind of a return to some of her earlier work - most of the tracks are fairly quiet and sparse. In the first few plays I was waiting for a rocker which never seem to come but it's still a great CD. The lyrics (as always) are great and the CD includes a fantastic piano cover of Rhianna's "Stay". The album is nice for a Sunday morning or other time you want to put something on that is relaxing. The third track "You Get" features a little more drums than the rest and a couple more tracks like this would have been nice, but no real complaints here. Hoping to catch the tour now!
Read more
4 people found this helpful
Helpful
Comment Report abuse

Dr. P
5.0 out of 5 stars Her best in a long time
Reviewed in the United States on August 10, 2019
Verified Purchase
Her best album since YOU ARE FREE. This album should have been more popular. If you like earlier Cat Power, it's a sort of a return to that sound with more mature lyrics. Really worth picking up and digging into. Highly recommended.
Read more
One person found this helpful
Helpful
Comment Report abuse

Sward
5.0 out of 5 stars Mysteriously calming
Reviewed in the United States on April 7, 2019
Verified Purchase
I love this CD. Cat has a wonderful story telling way about her music. This is my go to CD at the end of the day, mysteriously calming. I stumbled across her music and am glad I did. You will be glad too if you listen all the way through over and over.
Read more
2 people found this helpful
Helpful
Comment Report abuse

presidentg
5.0 out of 5 stars Altogether wonderful
Reviewed in the United States on November 29, 2018
Verified Purchase
I'm a real fan so Chan could sing the 1040 tax form and I'd be captivated.
Chan's vocalizations are so very beautiful with just enough accompaniment and not note more.
The touch of a master!

Gail Wermuth
5.0 out of 5 stars the music is beautiful
Reviewed in the United States on November 21, 2018
Verified Purchase
Read a review in The New Yorker; they had me at comparisons to "In the Pines". This is a beautiful CD, lover the songs, the voice, the artist. Original, sensitive, new.
Read more
Helpful
Comment Report abuse

ORIOLE
2.0 out of 5 stars LISTEN BEFORE BUYING THIS!
Reviewed in the United States on March 10, 2019
Verified Purchase
A FRIEND LIKE BUT IF I HAVE A CHANCE TO LISTEN I WOULD BUY ANOTHER CD OF HER.
Read more
Helpful
Comment Report abuse

melissa krauss
5.0 out of 5 stars Beautiful.
Reviewed in the United States on November 8, 2018
Verified Purchase
Wanderer is beautiful album and follow up to Sun. She was missed and the album was worth the wait.
Read more
Helpful
Comment Report abuse
See all reviews

Bookworm
5.0 out of 5 stars The Female Tim Buckley?
Reviewed in the United Kingdom on January 6, 2019
Verified Purchase
Chan Marshall is pretty unpredictable. She can change style between albums, within albums and sometimes within songs. Her interviews are fascinating - in my view she is genuinely excentric. To begin with she has, histiorically at least, answered questions truthfully, rather than give prepapered and cliched responses. Some points to note, she rarely discloses whether any song is original or a cover. On this album she covers Stay which was a melodramatic but sound hit for Rihanna - but somehow Chan covers it with real emotion. Moi Boy might be a Jewish lullaby or an original composition - I for one do not know - but again she seems to mean it. In Your Face is pretty much confrontational, but seems to be set to a tango? I am sure that someone who knows something about music will put me right here. Angel of Death is paired back and pretty bleak. This by the way is Chan Marshall's strength - musically her songs appear very simple - she reminds me of Randy Newman at times. Woman is her #MeToo track, in which Lana Del Rey, presumably from another studio duets - it is however a superior statement, switching from introspection to confrontational half way through. This album is both accessible and meaningful.
Read more
2 people found this helpful
Report abuse

Morten Vindberg
4.0 out of 5 stars Cat Power - A New Acquaintance.
Reviewed in the United Kingdom on December 29, 2018
Verified Purchase
I coincidently ran over the video of "Woman" on Youtube and noticed Lana del Rey's vocals, which I always enjoy. As I liked the song and found the video itself quite charming, I did a little research on Cat Power, of whom I had never heard before.
I ended up buying the CD "Wanderer", which had got good reviews and which included "Woman".
After listening several times, I still really don't know if I'm a little disappointed. "Woman" is not particularly characteristic of the album, on which the instrumentation is generally sparse and the songs in most cases rather simple, built up over a repeated chord sequence
Chan Marshall (Cat Power) has a great voice and is very good at varying her expression. The album as a whole may well be described as subdued and evocative.
In addition to "Woman" I could highlight the title track, which has a bit gospel character and which is actually both melodic and catchy.
The rest of the songs are somewhat reminiscent of each other and so far few have made tany big impression.
Her cover version of "Stay" is, by the way, fine and heartfelt.
Read more
One person found this helpful
Report abuse

Camilla Ewart
5.0 out of 5 stars Top notch
Reviewed in the United Kingdom on November 12, 2019
Verified Purchase
Brilliant album. Have sourced a lot of her back catalogue as a result of listening to this and my 3 year old daughter's favourite track is currently 'Woman'. Already purchased multiple copies for family and friends at Christmas.
Read more
One person found this helpful
Report abuse

lastcoyote
5.0 out of 5 stars It’s Cat Power...so as expected, it’s fabulous.
Reviewed in the United Kingdom on July 26, 2020
Verified Purchase
I’ve got all of Cat Power’s music and this her most recent album at time of writing is as awesome as all her work.
It helps that one of my favourite instruments ever is Chan Marshall’s vocal chords. She sounds as good as ever and has put together some great tunes. She’s been often imitated of late but there’s only one Cat Power. Don’t hesitate to buy if you’re a fan.
Read more
Report abuse

Mr. K. Hubbard
5.0 out of 5 stars If you like Cat Power, you'll love this
Reviewed in the United Kingdom on November 20, 2018
Verified Purchase
This is Cat Power at her best ... not departure from her tried and tested form, and it's typically just brilliant ... full of those songs and fragments that worm themselves into your soul and play on and on and on whilst going round your normal daily activities
Read more
One person found this helpful
Report abuse
See all reviews