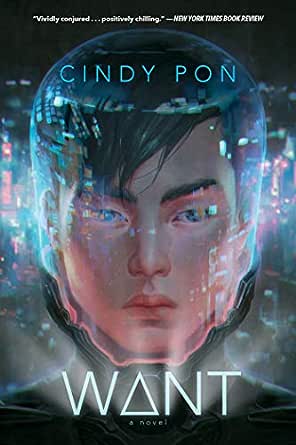 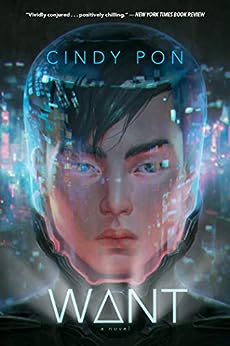 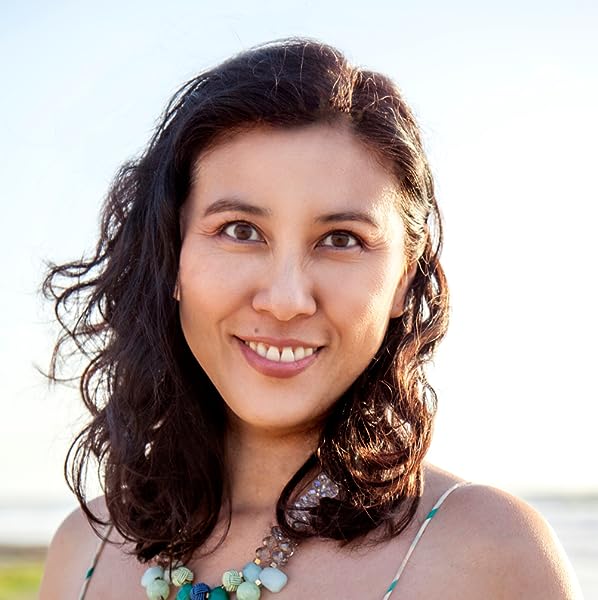 Gr 9 Up–Jason Zhou and his friends are determined to change the world for the better. They live in an alternate future in smog-filled Taipei, where prolonged exposure to pollution can be fatal. The Jin Corporation holds a monopoly on manufacturing suits to protect citizens from the toxic air. Yet a rigid class structure divides those who can afford suits (yous) from those who cannot (meis). When it becomes clear to Jason and his friends that Jin, the CEO of Jin Corp, is driving profits by intentionally harming the environment and infecting citizens with a powerful strain of the flu, they decide to infiltrate and destroy the corporation. The success of this plan depends on Jason, who intends to pose as a you and gain intel by befriending Jin's daughter. However, his developing feelings for Daiyu threaten to thwart the scheme. This fully realized futuristic city is complete with descriptions of airpeds, bots, and colorful nightlife. While the technological advancements are alluring, Pon reminds readers of the devastating effects of pollution by depicting the dull and damaged landscape of Taiwan. The plot moves along at a fast pace. There is plenty of romance to appeal to wistful readers, but this won't deter fans who prefer action. A supporting cast of diverse and intelligent characters with relationships rooted in loyalty round out the book. VERDICT A strong sci-fi novel that will entice an array of readers. A solid addition to any library.—Amy Reddy, Lewiston High School, ME

4.4 out of 5 stars
4.4 out of 5
27 customer ratings
How does Amazon calculate star ratings?
Amazon calculates a product’s star ratings based on a machine learned model instead of a raw data average. The model takes into account factors including the age of a rating, whether the ratings are from verified purchasers, and factors that establish reviewer trustworthiness.
Top Reviews

I really liked Cindy Pon's new book. It’s a kidnap job that becomes an eco-espionage thriller, with some serious conman action and tantalizing romance. It surprised me how much I wanted this book. Jason and Daiyu make great romantic interests, and the whole crew that Jason runs with is interesting, and despite their careful artifice, they do love one another. I’m also really sympathetic to Jason’s preference for a dark wardrobe, ie: he wears black almost all the time. Anyone who likes a science fiction book that is cognizant of today’s half-in attitude on environmental preservation will be sympathetic to the bittersweetness of a neon and smog filled metropolis of Taipei depicted here. Also, if you like boys who throw knives, check it out.

I think I felt early on, when the teens were in their lair, that this book had a celluloid and grit feel of a tech noir on par with Ghost in the Shell, but the questions posed here are more immediate and make your actions resonate. The villain of the piece argues, later on, that we are consumers, and the world was made to be consumed. The trade off for whatever we want whenever we want it, is shorter life spans for the poor and isolated comfort for the rich.

Speaking of the rich, Pon really shines when she describes the sparsity and the luxury, I feel like physicality, no pun, is her strong-suit. The best moments were the ones of intimacy between characters.

Unfortunately I felt like she didn’t have the opportunity to let some characters get as much traction as our main duo, even though the job she did with them almost makes up for it.

In the end however, the mystery leaves it hard to feel the impact.

And I’ve been thinking about it, and there’s something wholly organic about the love that grows. When Jason notices Daiyu’s “toned legs” at one point there’s nothing exploitive or fetishized about it, and that’s kind of stellar. This should be the standard. I don’t know why it almost always feels like a guy is leering when he talks about his love interest. All the other characters, have or have-not, are described in fair terms.

I could have enjoyed some more tension during the heist scenes, but I think I also read this book very quickly. It isn’t terribly long which is both good and bad, this book needs space to breathe, a plan this fool-proof needs time to unfold in your mind. There are month jumps, which Pon does not leave ambiguous, and by the time the story has wrapped up, a year had passed between the covers.

I think my only real quibble is that I would have liked even more growth from Jason, while he did realize the world wasn’t exactly black and white, so I can’t be mad.

My hope though, since there is already plans for a sequel, that we get to focus on other characters since I don’t know how taipei-lovers Daiyu and Jason will leave for Shanghai. (Okay, that one was a pun.)

One last thing, I know Li Bingbing is too old, but she was who I thought of when I imagined Daiyu. Also the cover is gorgeous and totally worth bookstagramming. Make sure you pick this book up when it comes out, it will leave you mourning the blue sky and fresh air while you still have it. Otherwise we’ll be the next fishbowl heads living in a smoggy world.

Eli
5.0 out of 5 stars every move is planned and executed by Zhou and his crew who understand that real change doesn't come from asking your oppressors nicely. Want is of the best and most original ...
Reviewed in the United States on September 5, 2017
Format: Kindle EditionVerified Purchase
If you generally pass on dystopias because they were all starting to sound the same then this is a book for you. Want is part sci-fi dystopia and part spy story with creative and culturally aware world building that will draw you into a future Taipei.

Nobody is stumbling into his or her destiny here, every move is planned and executed by Zhou and his crew who understand that real change doesn't come from asking your oppressors nicely. Want is of the best and most original books I have read this year it deserves serious award and select list consideration.

Zai Bell
4.0 out of 5 stars A diverse and Fun read
Reviewed in the United States on August 14, 2018
Format: Kindle EditionVerified Purchase
Diversity; YES! An all diverse cast!
World Building; Diverse and developed. I loved the setting; the unseen mountains (thanks pollution), the street markets, the description of architecture.
Cons
I didn't think it started in the right place. The beginning was a little slow, the MC was a little too literary oriented to feel genuine, but that's the only complaints I have. Once the romance began to bud, I wasn't able to put it down. I would recommend this book to everyone, and if you love sci fi, or simply romance, pick this up!

manilabookworm
4.0 out of 5 stars A sci-fi future Taiwan worth reading
Reviewed in the United States on September 9, 2017
Format: Kindle EditionVerified Purchase
I usually shy away from sci-fi but Want's setting of Taipei and the emphasis on the environment and the gap between the rich yous and the poor meis got me intrigued enough that I wanted to read it right away. I was not disappointed. It is a beautifully-written book and Taiwan comes alive in its pages. I don't want to ruin it for anyone but, for me, it was an easy read and gave me a lot of stuff to think about. I read it because I was looking for urban fantasy. There was more than enough of the grittiness and adventure that you would find in an urban fantasy novel. Beautiful writing.
Read more
2 people found this helpful
Helpful
Comment Report abuse

Poohmbie the Book fiend
5.0 out of 5 stars Like Les Miserables, only better and more intense!
Reviewed in the United States on July 2, 2018
Format: Kindle EditionVerified Purchase
Cindy Pon has recreated a compelling tale of the haves and the have-nots. The irony of living a hard life plagues the lead character who deftly finds a way to immerse himself in the wealthiest echelon of the Taiwanese socialites. The plot reveals itself in a fast-paced turn of events- leaving the reader wanting more.
Read more
Helpful
Comment Report abuse

Oubre
5.0 out of 5 stars Check it out!
Reviewed in the United States on December 30, 2018
Format: Kindle EditionVerified Purchase
It's a fun read! I love this genre and the author, Pon, did a great job in introducing new elements that I hadn't seen in other tellings.
Read more
Helpful
Comment Report abuse

Julie Doe
3.0 out of 5 stars Good hero, cardboard villains, black and white conflict, Mary Sue heroine
Reviewed in the United States on July 2, 2017
Format: Kindle Edition
I really wanted to like this book more. I liked the setting and the main character, Jason Zhou. I wish that we had more of him being poor, struggling to get by, before he was vaulted into the world of the super-rich. That would have added some depth to his character arc. The secondary characters were diverse but there was little character development for any of them, and almost no mention of their backgrounds.

And unfortunately, the villains were so cardboard I could pack up my storage unit in them. The rich people--with the exception of Daiyu, who was Mary Sue perfect--were all decadent, selfish, greedy, etc. Jin Sr was eeeeeeevvvillllll. Corporations were corrupt. The conflict was completely un-nuanced (is that a word?).

Sometimes, it felt like the overtly political message in this--about pollution being bad and the need to get environmental legislation passed--was being hammered into the reader to the detriment of the story.
Read more
6 people found this helpful
Helpful
Comment Report abuse
See all reviews from the United States