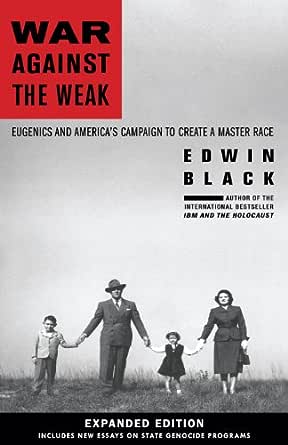 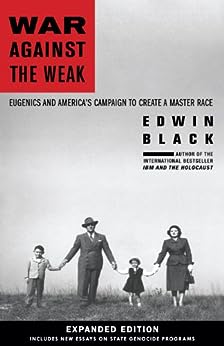 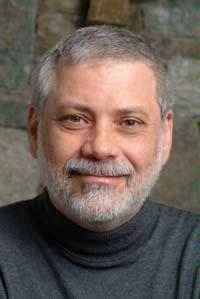 War Against the Weak: Eugenics and America's Campaign to Create a Master Race-Expanded Edition Kindle Edition

In the first half of the 20th century, more than 60,000 Americans-poor, uneducated, members of minorities-were forcibly sterilized to prevent them from passing on supposedly defective genes. This policy, called eugenics, was the brainchild of such influential people as Rockefellers, Andrew Carnegie and Margaret Sanger. Black, author of the bestselling IBM and the Holocaust, set out to show "the sad truth of how the scientific rationales that drove killer doctors at Auschwitz were first concocted on Long Island" at the Carnegie Institution's Cold Spring Harbor complex. Along the way, he offers a detailed and heavily footnoted history that traces eugenics from its inception to America's eventual, post-WWII retreat from it, complete with stories of the people behind it, their legal battles, their detractors and the tragic stories of their victims. Black's team of 50 researchers have done an impressive job, and the resulting story is at once shocking and gripping. But the publisher's claim that Black has uncovered the truth behind America's "dirty little secret" is a bit overstated. There is a growing library of books on eugenics, including Daniel Kevles's In the Name of Eugenics and Ellen Chesler's biography of Margaret Sanger, Woman of Valor. Black's writing tends to fluctuate from scholarly to melodramatic and apocalyptic (and sometimes arrogant), but the end result is an important book that will add to the public's understanding of this critical chapter of American history.
Copyright 2003 Reed Business Information, Inc. --This text refers to an alternate kindle_edition edition.

Read all of his new book, investigative reporter Black insists, or none of it. Good advice, despite Black's many repetitions, odd word choices, and grammatical gaffes, for the story he tells shouldn't be imperfectly known. Its crux is that American researchers and laws inspired Nazi racism. Building on nineteenth-century English statistician Francis Galton's speculations about human heredity, and calling their highly subjective work eugenics, early-twentieth-century American researcher-activists persuaded many states to permit sexual sterilization of the mentally and physically inferior. With American eugenists cheering them on, the Nazis advanced to exterminating those deemed inferior. Thoroughly chronicling eugenics in America and Germany, Black stresses what happened rather than why. He doesn't probe individual eugenists' deep motivations or hazard cultural explanations; indeed, after exposing Planned Parenthood founder Margaret Sanger's lifelong adherence to eugenics, Black pronounces her a great humanitarian. Less timorously, he asks whether contemporary genetics is becoming "newgenics" as insurance companies and employers find reasons to create an uninsurable, unemployable genetic underclass. Turgid but impressive, probably the popular history of eugenics for the foreseeable future. Ray Olson
Copyright © American Library Association. All rights reserved --This text refers to an alternate kindle_edition edition.

THE BEST BOOK ON EUGENICS. Edwin Black has written what may well be the best book ever published about the American eugenics movement and the horrific events it spawned. Combining exhaustive research, a very readable style, and just the right touch of moral outrage, Black splendidly conveys the evil depth and breadth of eugenics philosophy, the pseudo-science and social theory that unleashed a half-century of war against society's most vulnerable citizens. --This text refers to an alternate kindle_edition edition.

The plans of Adolf Hitler and the German Nazis to create a Nordic "master race" are often looked upon as a horrific but fairly isolated effort. Less notice has historically been given to the American eugenics movement of the 19th and early 20th centuries. Although their methods were less violent, the methodology and rationale which the American eugenicists employed, as catalogued in Edwin Black's Against the Weak, were chilling nonetheless and, in fact, influential in the mindset of Hitler himself. Funded and supported by several well-known wealthy donors, including the Rockefeller and Carnegie families and Alexander Graham Bell, the eugenicists believed that the physically impaired and "feeble-minded" should be subject to forced sterilization in order to create a stronger species and incur less social spending. These "defective" humans generally ended up being poorer folks who were sometimes categorized as such after shockingly arbitrary or capricious means ! such as failing a quiz related to pop culture by not knowing where the Pierce Arrow was manufactured. The list of groups and agencies conducting eugenics research was long, from the U.S. Army and the Departments of Labor and Agriculture to organizations with names like the "American Breeders Association." Black's detailed research into the history of the American eugenics movement is admirably extensive, but it is in the association between the beliefs of some members of the American aristocracy and Hitler that the book becomes most chilling. Black goes on to trace the evolution of eugenic thinking as it evolves into what is now called genetics. And while modern thinkers have thankfully discarded the pseudo-science of eugenics, such controversial modern issues as human cloning make one wonder how our own era will be remembered a hundred years hence. --John Moe --This text refers to an alternate kindle_edition edition.

"Edwin Black has again written a unique and important book. Until now eugenics in the U.S. and in Germany have not been analyzed together. One assumed they had little in common. This was not so. Their joint past was bloody and their future is disquieting."
—Benno Müller-Hill, Institute of Genetics, Cologne University, author of MURDEROUS SCIENCE

"A gripping account of the evils of eugenics. Edwin Black brings home the misery inflicted by the eugenic zealots."
—Paul Weindling, Department of History, Oxford Brookes University, author of HEALTH, RACE AND GERMAN POLITICS BETWEEN NATIONAL UNIFICATION AND NAZISM, 1870-1940

"Black has conclusively shown that Nazi eugenics was derived from notions espoused by a self-chosen American elite….Hitler and his fanatics further perverted this iniquity in their attempt to exterminate all Gypsies and all Jews, whom they considered racially inferior—that is eugenically inferior. The American antecedents in this book were a revelation to me."
—Robert Wolfe, former chief archivist for captured German records, National Archives, Washington, D.C.

"A triumph of historical research and storytelling. It provides new information and insights on the pseudoscience that brought humanity to the brink of creating a monstrous master race."
—J. David Smith, provost and senior vice chancellor, University of Virginia-Wise, author of THE STERILIZATION OF CARRIE BUCK

"[Black] carefully documents the links of the American eugenics movement to the horror of the crimes of Nazi Germany….Black’s careful scholarship will have to make [readers] reconsider the innocence of the acceptance of any simple racist notions by elites."
—William E. Spriggs, executive director, National Urban League Institute for Opportunity and Equality

"An astonishing history…and a gripping narrative. This is a must-read."
—Abraham H. Foxman, national director, Anti-Defamation League --This text refers to an alternate kindle_edition edition.

Edwin Black is the award-winning, New York Times and international investigative author of 80 bestselling editions in 14 languages in 61 countries, as well as scores of newspaper and magazine articles in the leading publications of the United States, Europe and Israel. With a million books in print, his work focuses on genocide and hate, corporate criminality and corruption, governmental misconduct, academic fraud, philanthropy abuse, oil addiction, alternative energy and historical investigation. Editors have submitted Black's work nine times for Pulitzer Prize nomination, and in recent years he has been the recipient of a series of top editorial awards. He has also contributed to a number of anthologies worldwide. For his work, Black has been interviewed on hundreds of network broadcasts from Oprah, the Today Show, CNN Wolf Blitzer Reports and NBC Dateline in the US to the leading networks of Europe and Latin American. His works have been the subject of numerous documentaries, here and abroad. All of his books have been optioned by Hollywood for film, with three in active production. His latest film is the screen adaptation War Against the Weak, based on his book of the same name. Black's speaking tours include hundreds of events in dozens of cities each year, appearing at prestigious venues from the Library of Congress in Washington to the Simon Wiesenthal Institute in Los Angeles in America, and in Europe from London's British War Museum and Amsterdam's Institute for War Documentation to Munich's Carl Orff Hall. He is the editor of The Cutting Edge News, which receives more than 1.5 million visits monthly. Black's ten award-winning bestselling books are IBM and the Holocaust (2001), British Petroleum and the Redline Agreement (2011), The Farhud (2010), Nazi Nexus (2009), The Plan (2008), Internal Combustion (2006), Banking on Baghdad (2004), War Against the Weak (2003), The Transfer Agreement (1984), and a 1999 novel, Format C:. His enterprise and investigative writings have appeared in scores of newspapers from the Washington Post, Los Angeles Times and Chicago Tribune to the Sunday Times of London, Frankfurter Zeitung and the Jerusalem Post, as well as scores of magazines as diverse as Playboy, Sports Illustrated, Reform Judaism, Der Spiegel, L'Express, BusinessWeek and American Bar Association Journal. Black's articles are syndicated worldwide by Los Angeles Times Syndicate International, Los Angeles Times-Washington Post Syndicate, JTA and Feature Group News Service. --This text refers to an alternate kindle_edition edition.
Read more