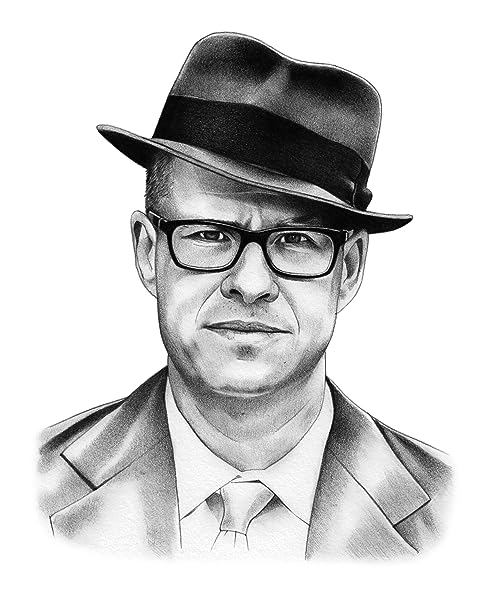 War Made New: Weapons, Warriors, and the Making of the Modern World Paperback – Illustrated, August 16, 2007

?This is a book for both the general reader and reading generals.?
?"New York Post"

Brilliantly crafted history.
"The Wall Street Journal"
Magisterial.
"The New York Times Book Review"
This is a book for both the general reader and reading generals.
"New York Post"

Max Boot is the author of the award-winning The Savage Wars of Peace: Small Wars and the Rise of American Power, which was selected as a 2002 Best Book of the Year by The Washington Post, the Los Angeles Times, and The Christian Science Monitor. A senior fellow in national security studies at the Council on Foreign Relations and a weekly foreign-affairs columnist for the Los Angeles Times, he lectures regularly at numerous military schools and advises the Department of Defense on transformation issues.

Start reading War Made New on your Kindle in under a minute.

B.W.
4.0 out of 5 stars Very informative and interesting, but...
Reviewed in the United States on March 19, 2017
Verified Purchase
Very informative and interesting, but... the author seems to be overly impressed with the wide range of his vocabulary. I am a pretty well-read person, but the author uses words that are very obscure. Their use is really unnecessary. A few I have had to look up, and once I knew the definition I immediately had a couple other words come to mind that would have worked just as well and not stopped me in my tracks.

This is my only criticism. Otherwise the book is outstanding and very good.

Dianne Roberts
4.0 out of 5 stars A Popular and "Brief" History of Technology in War
Reviewed in the United States on July 11, 2009
Verified Purchase
There are many factors which combine to determine the outcomes of battles, some within man's control and others such as blind luck and the ineluctable fog of war residing firmly in the realm of fate. But to many, and for a large number of Americans particularly, the impact of technology has a special resonance in their imaginations. Max Boot's War Made New is a good, popular history of the impact of several technological revolutions in weaponry on the battlefield. Although over 500 pages long, it is not an exhaustive or comprehensive history. Instead it is an anthology of several battles for each of his identified revolutions, all occurring within the "modern" era of warfare defined from around the Renaissance forward.

Perhaps the two best features of this book are the caution with which Mr. Boot approaches the subject and the accessibility he gives it to readers not steeped in military history. War is a very complex and adaptive thing, a chameleon in Karl von Clausewitz's description. No two are alike, and the comparative impact of technology in each is unique, variable, and dependent on other factors which change with each new conflict in unpredictable ways. Mr. Boot thus prefaces his book with two fitting quotes to showcase the range of professional opinion on this fungible factor, one from the eccentric British Armor pioneer J.F.C. Fuller to the extent that technology is the exclusive determinant of battlefield success, the contrasting from Napoleon stating that it's impact is essentially non-existent.

The second very attractive feature of this book is that Mr. Boot is actually quite a good writer who truly makes history an interesting and quick read. His individual histories go into significant background matter to set up the battle, he delves into the bios of the major commanders on both sides, the political issues at stake, and the geography and terrain of the sites of the clashes. His accounts of the engagements themselves are raw, often exciting, and he performs a thorough after analysis action for each of his selected battles drawing out harsh lessons from the bloodshed and detritus.

Many have criticized what may at first glance seem like his eclectic selection of conflicts. This is perhaps understandable given the lack of representation of some major and politically important conflicts, Korea and Vietnam in particular being mentioned. However the author's purpose is to explore the slim slice of battles in which generally technology played a dominant role, and more particularly in which one side was pioneering or had mastered one of his identified revolutions in military technology while the other side was about to pay the price for its failure to adapt. Vietnam, although politically more important to America than many of the battles he showcases, was one in which the enemy fought successfully in a manner that nullified the impact of technology on the overall outcome of the war.

Mr. Boot summarizes his book with a preview of possible military revolutions to come and a recap of the lessons which have appeared repeatedly in his individual battle histories. Namely the constant changing of the technology of war, but a pace of change that is anything but, coming in fits and starts here and in giant and rapid bursts of innovation there. The unpredictability of when military revolutions will occur. The importance of mastering not just the technology behind them but the necessity of developing supporting tactics, training, doctrine, personnel policies, etc. to make the whole apparatus of war work in concert to deliver battlefield results. And perhaps most importantly the way military revolutions have restructured the geopolitical order in the past, leaving nations which did not adapt, often regardless of their previous size and power, on the decline, and smaller powers which did adapt the new masters of their domain.

All in all a recommended, but popular and not academic, book on technology in war which draws what appear to be very reasonable and illuminating conclusions.

Jones
4.0 out of 5 stars The Evolution of War
Reviewed in the United States on October 14, 2009
Verified Purchase
The main reason why this book is important is simply that there is a basis for all of injustice in warfare in the world today and before. It is important to realize that everything changes, and because not so much of a pivotal invention or technique, but a single thought pattern and innovation to utilize these techniques and inventions would be the game changer in almost every major or minor conflict since the 14th and 15th century. In many conflicts the smaller, and very often physically weaker adversary overcame the opposition in a largely compelling way, on thier way to victory. Every example in this book illustrated that bigger is not better, in fact the larger one became, the more entrenched they had become in maintaining thier status quo, and subsequently more and more unwieldly as time progresses. In the end, those that are able to change and innovate will continue to dominate, regardless of size, and in many ways some cultures have become victims of thier own sucesses and excesses. It is important to recognize this idea and fact. Whomever was the adversary last week is not going to be the adversary next week. And the folks next week, in the information age will have learned from the people last week.
Warfare like all other manifestations of mankind's idiosyncrasies will continue to evolve and grow. And until we evolve away from fighting one another, then we must evolve the fight.

Eugene A Jewett
5.0 out of 5 stars Only the dead know the end of war
Reviewed in the United States on September 29, 2009
Verified Purchase
In the sense that history is really military history punctuated by brief periods of peace, this book is worth the read. Max Boot engages and brings along the reader while making military history come alive. Anyone can understand his narrative while grasping the basic lessons of war. Max Boot divides the last 500 years into the Gunpowder Revolution, the 1st Industrial Revolution, the 2nd Ind. Rev. and the Information revolution. He cites pivotal battles and renown captains to make his case - Gustavus Aldolphus, Lord Kitchener, Yamamoto, LeMay, Napoleon, Guderian, Schwarzkopf, etc. It's about a series of military measures and counter measures where one technological innovation follows another with the importance of leadership and training as an overshadow.

Not enough is taught on this subject which is shameful considering its importance in the ordering of power about the globe. As always the tide will swing when the shock of recognition suffiently jars those at the levers of power out of their complacency. Until then, buckle up!

R. Hermann
4.0 out of 5 stars Thought-provoking and Comprehensive
Reviewed in the United States on October 31, 2013
Verified Purchase
This book is an intriguing look at points of history where large leaps were made in the conduct of war. At this, it is a definite success. I think the best part is the way that it compares and contrasts countries with similar technological capabilities that somehow had various levels of success on the battlefield. As the author points out, technological superiority is no guarantor of victory. For students of history, politics, and professional warriors, this book is an excellent guide to the intricate balance that makes an army great and strengthens a nation.

The sole gripe is that Mr. Pressfield can be unduly verbose. There are times where he hits an angle several times before moving on. Overall, though, this is a minor issue, and does not detract from the book's value.

Page 1 of 1 Start overPage 1 of 1
This shopping feature will continue to load items when the Enter key is pressed. In order to navigate out of this carousel please use your heading shortcut key to navigate to the next or previous heading.
Back
Next
Pages with related products. See and discover other items: new warriors