You've subscribed to The Beautiful Ones! We will preorder your items within 24 hours of when they become available. When new books are released, we'll charge your default payment method for the lowest price available during the pre-order period.
Update your device or payment method, cancel individual pre-orders or your subscription at
Your Memberships & Subscriptions
There was an error. We were unable to process your subscription due to an error. Please refresh and try again. 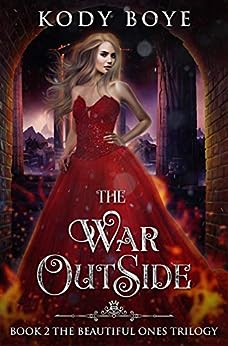 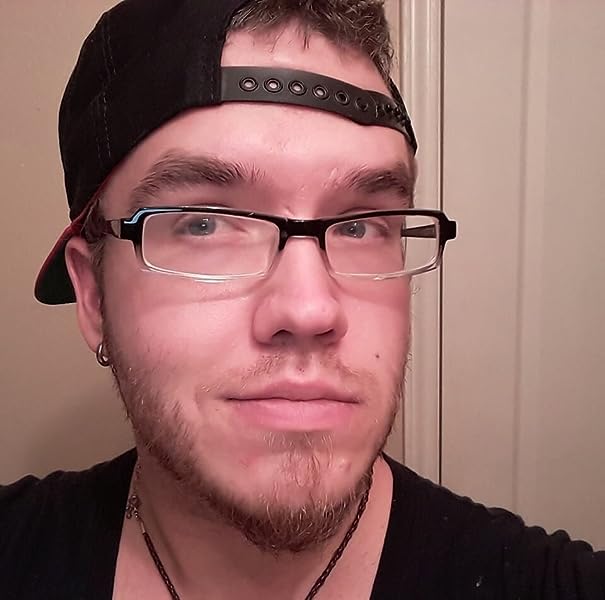 The War Outside (The Beautiful Ones Book 2) Kindle Edition

by Kody Boye (Author) Format: Kindle Edition
Book 2 of 3: The Beautiful Ones
See all formats and editions
Sorry, there was a problem loading this page. Try again.
Read more Read less
Previous page
Next page 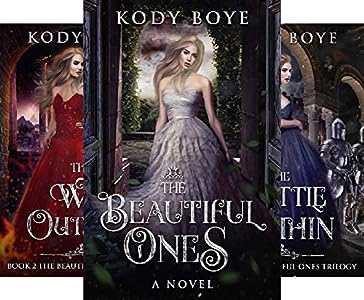 THE WAR OUTSIDE is the sequel to Kody Boye's intriguing THE BEAUTIFUL ONES, which I described as a PG-13 Handmaid's Tale. The premise of the book is that Kelendra won a beauty pageant that allows her to join the ranks of the societal elite. They are obsessed with breeding a smarter, prettier, and stronger Master Race so poor Kelendra is married off at 16 to much pomp and ceremony. Things could be worse, though, because they didn't marry her to a psychotic old man like in the famous Atwood novel. Instead, she was married to a sweet, somewhat naive, boy her own age.

Kelendra is not content to be a do-nothing piece of art, though, and decides to raise morale among troops in the war against the Terrible North. This exposes her to the horrible conditions, failure of the war, and terrorist/guerilla attacks of the populace against its hated Elite. Things go from bad to worse as Kelendra must decide which side she belongs to.

I really enjoyed this book and am anxious for the sequel. Lots of actions, twists, turns, and melodrama. A really entertaining YA novel.
Read more
Helpful
Report abuse

AstraDaemon
VINE VOICE
5.0 out of 5 stars More Action, More Drama and Far More Disturbing
Reviewed in the United States on September 23, 2019
Verified Purchase
THE WAR OUTSIDE by Kody Boye is the second book in his series, The Beautiful Ones. The story follows the POV of a sixteen year old girl, Kelendra, chosen to keep up genetic standards for the Glittering City. The society Boye has crafted contains elements similar to the Hunger Games and The Handmaid's Tale, while retaining the author's skill in using personal drama to draw readers into his disturbing creation.

The sequel begins right where the first book left off, with Beauty and Grace in hiding for security reasons, and Kelendra has her mind set on her Purpose. There is far more action in this sequel, with multiple attacks from both known and unknown enemies. Beauty and Grace are reunited with loved ones briefly, while more upsetting details are revealed about the Process.

I've been reading stories by Kody Boye for years, including several different series in various genres, and I'm really impressed with how much his character's dialogue and inner thoughts have improved over time. The author has always had a gift for creating relatable characters with complex relationships, but this is the first time I didn't have any issues with any of the conversations within. I also think this storyline will appeal to readers ages 14 and up.

Nancy Allen (The Avid Reader)
VINE VOICE
5.0 out of 5 stars The writing and creation of this world is so amazing and beautiful
Reviewed in the United States on August 30, 2019
Kelendra’s dreams have finally come true she has been chosen as one of the Beautiful Ones. She has made it to the Glittering City and married her husband, Daniel the Handsome One. She is ready to start her new life within the city. She has presented her Purpose to the Gentlewomen and the ones who run the city. Now she awaits their reply to see if they accept her Purpose or not.

In the meantime a hit has been put out on Kelendra and she has to lay low for a while until her assassin is found. Daniel takes her to his home to meet his parents and for Kelendra to see what her new life is going to be like. But after someone tries to kill her Kelendra is whisked away to another location in hopes of avoiding the assassin once again. Can the SADs keep Kelendra safe?

Come join Kelendra on her journey in The War Outside to see if her dreams as the Beautiful One are all she expected them to be. As the saying goes if she knew then what she knows now would Kelendra’s dreams still be the same?

The War Outside is just as good if not better than The Beautiful Ones. It is filled with action and suspense from the first page and just the twists alone are enough to hold your attention and keep the pages turning and wanting more. I can’t wait to see where Kelendra’s journey takes her next in future books of this amazing series.

This has been an amazing journey with going deeper into the Beautiful One’s life and world. The world building for this series is so very awesome and amazing as well. The writing and creation of this world is so amazing and beautiful, no puns intended of course.

This is one series that I highly recommend to all fans of dystopian societies. Yes I do recommend The Beautiful Ones and The War Outside to everyone.
Read more
One person found this helpful
Helpful
Report abuse

angela smith
4.0 out of 5 stars Entertaining story
Reviewed in the United States on April 29, 2020
Although the premise of the story is not new, it is still a great read. There are several editing errors but not enough to disrupt the story. I would have (personally) loved to have more history on the lives unfolding, the story begins where the story begins. I'm looking forward to the 3rd book.
Read more
Helpful
Report abuse

Alicia
5.0 out of 5 stars Beautifully written
Reviewed in the United States on January 23, 2021
Very well written and keeps you hanging on! I keep reading to find out what’s going to happen. Great job!
Read more
Helpful
Report abuse

Tammy Vincent (woods)
2.0 out of 5 stars Disappointed
Reviewed in the United States on July 21, 2020
I normally don’t write reviews, but I have to say that if you don’t like books with whining and wishy washy lead character than don’t bother reading. I skipped through it because all the books is repeat of her self doubt, then pep talk, then back to doubt.
Read more
Helpful
Report abuse
See all reviews