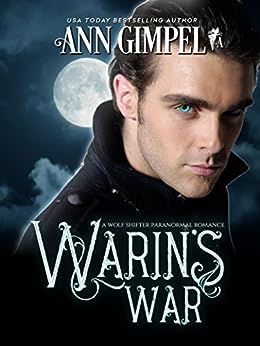 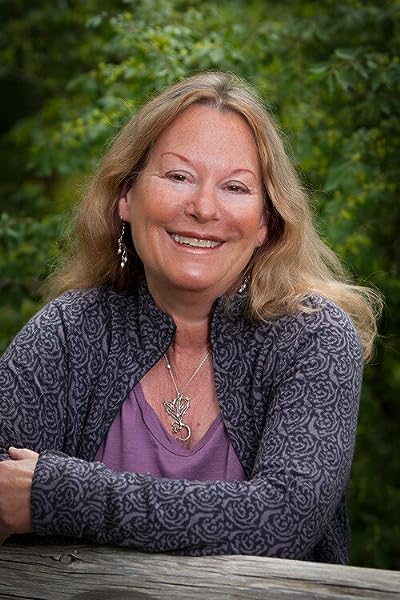 Tanja
5.0 out of 5 stars war of the species or war of the hearts?
Reviewed in the United States on May 5, 2016
Verified Purchase
gabrielle is tired of her job, her mind constantly wandering where it shouldn't be. enough is enough and she decides to quit. numbers simply aren't her thing, magic is. she's one of few that decided magic was the way to go and was linked with a fearie.
on her way home she feels a strange pull. when she sees from who the pull is coming she panics. the arch enemy of their kind is watching her, following her. she has every reason to be afraid because when either of the species meet one ends up dead!
but this one is different, the pull is different and he isn't attacking her at all. even better when others pick up on them he drags her with him and rescues them both. confused at what is going on and why she has to make the choice to trust him or to escape.
warin is tired of the endless battle, the earth is dying and something needs to be done. the balance needs to be restored but getting all parties to understand, well that's the hard part. when he runs into gabrielle he see what could happen if they bundle their resources. what isn't a bad thing is that gabrielles familiar fearie can help him get in contact with the other fearies to hear his plead.
as time goes on and they twarth danger after danger most starts to grow between them and when they join their powers it's clear what kind of path they all should be walking but it's convincing all others of it's importance that's going to be the hard part!

this was just a wonderful story, i'm secretly hoping this is not a standalone story in this world. there is so much potential for more pairings, more intrigue and trouble!! i had this on my to read pile for a while now, thinking, i have to read this, but something always came up but once i started reading : i couldn't put it down, it just had to keep on reading till the end! another masterpiece ann gimpel!
Read more
2 people found this helpful
Helpful
Report abuse

Babs
5.0 out of 5 stars Warin's War: Wolf Shifter Paranormal Romance ... Ann Gimpel
Reviewed in the United States on March 16, 2016
Verified Purchase
This was a very good book I could not put it down . There is a thousand year war between hybrids and full bloods, and one man is hoping to stop it. Warin has come to Seattle looking to end the war, he sees Gabrielle a hybrid witch with her bond Fairy Amalia on her shoulder walking down the street on their way home. Warin gets them to go for coffee, but trouble has followed them the penalty is death if they are found together, Warin teleports them to Bavaria . Trouble has still followed them, what happens? There is a reason the war started and Amalia’s people where the reason what was it? Will Warin get his wish ? Will Warin and Gabrielle get a happy ending? I was gifted a copy for an honest review barwatts@telus.net
Read more
2 people found this helpful
Helpful
Report abuse

Kim Himmelberger
5.0 out of 5 stars Another great shifter romance
Reviewed in the United States on March 29, 2016
Verified Purchase
As previous books of Ann’s, this is another one that I couldn’t put down. Hoping to end the thousand year war between hybrids (Gabriel the witch and her fairy bond Amelia) and full bloods is Warin’s mission. Warin oozes sexuality that has Gabriel and Amelia doing things before they realize it. Gabriel and Amelia help Warin come up with a plan to save the earth that is dangerous for them since them working with Warin goes against everything they have been raised to believe.
I don’t want to give too much away but this is an awesome read and Ann has another great book.
5 stars.
Read more
One person found this helpful
Helpful
Report abuse

Greyfox
5.0 out of 5 stars Warin and Gabby battle love and the World
Reviewed in the United States on March 26, 2016
Verified Purchase
This was a great short story that showed how two people from different races used their love to help save others including enemies. Warin is a powerful WOF shifter with great magical powers. Gabby is a hybrid, part human with magical powers. They have a chance meeting that change the lives of both them and the faerie. Their relationship could result in death to both. There is comedy, intrigue, danger and hot sex. I received this wonderful story with a promise to review honestly. I recommend reading this and you will want more.
Read more
2 people found this helpful
Helpful
Report abuse

Pam Louis
5.0 out of 5 stars Liebchen "my beloved" oh I sooooo loved this story
Reviewed in the United States on March 17, 2016
Verified Purchase
Gabrielle a 1/2 blood witch just couldn’t deal with numbers and that was the job her uncle gave her. So when she could take no more she quite. Walking out of the office and down the street with her little fairy friend until they saw a hunk of a male. He was a full blood warg by the name of Warin.
One thing lead to another and now Warin has to keep her safe, there is so much to this story about a war that is between 1/2 breeds and full breeds and fairys.
I love the mystery, drama, and spice! The characters are fantastic too so much fun. I hope there is more to come from this story like a series!
Read more
One person found this helpful
Helpful
Report abuse

Laura Furuta
5.0 out of 5 stars Warin and Gabrielle
Reviewed in the United States on March 16, 2016
Verified Purchase
What a book!!! I love the books Ann Gimpel writes. She weaves her stories around characters you can relate to. I have never been disappointed with her books. This story will hold your attention from the first chapter to the last!! It is regarding two enemies, the hybrids and the full bloods. Can they work together as they have before or will their hatred of each other spell the end for all??
Read more
2 people found this helpful
Helpful
Report abuse

Deb NY
4.0 out of 5 stars Great story!
Reviewed in the United States on March 28, 2016
Verified Purchase
What a captivating story! It's very fast moving as it grabs from the beginning and doesn't let go until the end. I was a little thrown off during the coffee shop scene, but got pulled right back in as I continued. I really hope this continues as a series. I'd love to see what happens with the war, as well as with some of the secondary characters. Recommended!
Read more
2 people found this helpful
Helpful
Report abuse

Sarah Fisher
4.0 out of 5 stars Good book!
Reviewed in the United States on March 30, 2016
Verified Purchase
I really liked this short story of Gabby & Warin. Of course I love shifter books and this one didn't disappoint me at all. This is my first book I've read from Ann. It was different and refreshing and I will read more from Ann, I like her writing style!!!
Read more
One person found this helpful
Helpful
Report abuse
See all reviews
Back to top
Get to Know Us
Make Money with Us
Amazon Payment Products
Let Us Help You
EnglishChoose a language for shopping. United StatesChoose a country/region for shopping.
© 1996-2021, Amazon.com, Inc. or its affiliates