You've subscribed to Demon's Witch Series! We will preorder your items within 24 hours of when they become available. When new books are released, we'll charge your default payment method for the lowest price available during the pre-order period.
Update your device or payment method, cancel individual pre-orders or your subscription at
Your Memberships & Subscriptions
There was an error. We were unable to process your subscription due to an error. Please refresh and try again. 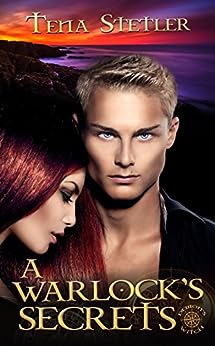 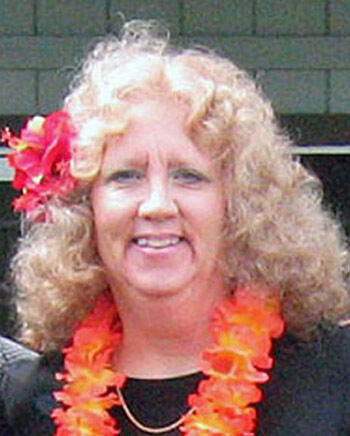 The Sandman Act 1
The Sandman offers a dark, literary world of fantasy and horror. Listen free
Books In This Series (6 Books)
Complete Series 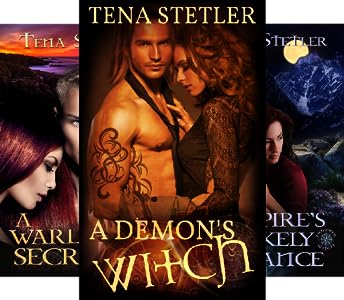 Oh my gods what a book! I truly love this book. It is so well-written and such a joy to read. And such a new perspective on witch and demon kind and the world where they try to protect what humans know. I am so ready for the next book.   Kimmiesuesbookreview  5.0 Stars
***
Awards:
Paranormal Romance Guild - Reviewers Choice Award

In A Warlock's Secrets, The underlying message is Tristian has astrong moral compasses even though he works as the Demon Overlord'sEnforcer/Assassin. He basically is the paranormal police for the WesternHemisphere. Enforcement is necessary to keep a balance between mortals andcreatures which he learned young due to the death of his parents and having toraise his little sister.

Though Tristian is tough, Hannah is a strong, smart woman and doesn't take any of his crap.

Writing this book was difficult as Tristian challenged me at every turn. But in the end, it was his challenges that made it a better book.

Tena Stetler is a best-selling author of award winning paranormal romance. She has an over-active imagination, which led to writing her first vampire romance as a tween to the chagrin of her mother and delight of her friends. After many years as a paralegal, then an IT Manager,she decided to live out her dream of pursuing a publishing career.
With the Rocky Mountains outside her window, she sits at her computer surrounded by a wide array of witches, shapeshifters,demons, faeries, and gryphons, with a Navy SEAL or two mixed in telling their tales. Her books tell stories of magical kick-ass women and strong mystical males that dare to love them. Well, okay there are a few companion animals to round out the tales.
Colorado is home; shared with her husband of many moons, a brilliant Chow Chow, a spoiled parrot and a forty-five-year-old box turtle. When she's not writing, her time is spent kayaking, camping,hiking, biking  or just relaxing in the great Colorado outdoors. During the winter you can find her curled up in front of a crackling fire with a good book, a mug of hot chocolate and a big bowl of popcorn. Visit Tena's website at tenastetler.com where you'll find links to all of her books, blogs, and pictures of recent travels including settings of her books.
Read more

4.0 out of 5 stars
4 out of 5
33 global ratings
How are ratings calculated?
To calculate the overall star rating and percentage breakdown by star, we don’t use a simple average. Instead, our system considers things like how recent a review is and if the reviewer bought the item on Amazon. It also analyzes reviews to verify trustworthiness.

yoopergirl
5.0 out of 5 stars A paranormal romance that does not disappoint
Reviewed in the United States on June 14, 2017
Verified Purchase
Having read and reviewed two of Tena Stetler's previous books, A Witch's Journey and A Witch's Holiday Wedding, I looked forward to reading her latest book. A Warlock's Secrets does not disappoint. Once again, we're treated to Tena's lush descriptions of the world inhabited by her fascinating paranormal characters, this time around the warlock Tristian and his shifter love interest, Hannah.

They both have secrets, but Tristian's are rooted in the tragedy of his parents' murders at the hands of a demon. Years later, he's now the right-hand man for the Demon Overlord of the Western Hemisphere -- who also happens to be his sister's mate. When Tristian becomes involved with a gryphon shifter, his attraction to Hannah complicates his already complicated life.

I enjoyed learning about the demon/warlock world and the political intrigue that keeps Tristian on his toes. Exciting mysteries, dangerous missions, and steamy love scenes heighten the drama and fun of diving into this top-notch paranormal romance. I highly recommend it to fans of the genre.

I received a copy of the book from the author in exchange for an honest review.
Read more
3 people found this helpful
Helpful
Report abuse

Irishlass2
5.0 out of 5 stars Woven with Magic!
Reviewed in the United States on July 18, 2017
Verified Purchase
Thank you, Ms. Stetler, for creating a phenomenal world! It’s one where I fell in love with a Warlock and believed in the beauty of a gryphon, along with fairies, angels, and vampires. I have been waiting for Tristian and Hannah’s story since I read “A Demon’s Witch.” The author surprised me with the twist and point of view in the story. It’s exceptional. Though this is the second book in Ms. Stetler’s series, “A Warlock’s Secret” can be read as a stand-alone, and I highly recommend this book to those who enjoy a great paranormal tale. It’s woven with all the magical elements that make this story a five star read.
Read more
2 people found this helpful
Helpful
Report abuse

Kindle Customer
2.0 out of 5 stars 2 Stars
Reviewed in the United States on September 1, 2019
Verified Purchase
A rather meandering story that never really causes you to engage with the characters. The way the story is told is a bit clinical and the storyline lacks the excitement to make this a compelling read.
Read more
3 people found this helpful
Helpful
Report abuse

Susan C Hutchinson
4.0 out of 5 stars A good paranormal read
Reviewed in the United States on July 21, 2019
Verified Purchase
Demons witches and a gryphon: what can go wrong. Plenty! Tristian is a bit of a....challenge and Hannah probably gives in too easily most of the time, but they are good together.
Read more
One person found this helpful
Helpful
Report abuse

Julie A Sherman
4.0 out of 5 stars Solid 4
Reviewed in the United States on July 31, 2019
Verified Purchase
This book s a solid 4. It's well written story and good characters and a wonderful length to read. I would have like a little more detail on some small areas that ended before moving on to the next.
Read more
One person found this helpful
Helpful
Report abuse

L. Williams
5.0 out of 5 stars A Magical Paranormal Romance!
Reviewed in the United States on October 16, 2019
Verified Purchase
I thoroughly enjoyed this paranormal romance! The world the author has created is intriguing, and the conflict between Tristian and Hannah as well as the complex plot will keep you turning pages.
Read more
Helpful
Report abuse

Granny G
5.0 out of 5 stars Good read
Reviewed in the United States on January 5, 2021
Verified Purchase
You've got demons, warlocks, witches, angels, faeries, and, now, a gryphon. The magic abounds, some hot sex, not much danger in this one, but loads of romance and foreplay. Highly recommend.
Read more
Helpful
Report abuse

Brad S.
5.0 out of 5 stars I love tena shelters books
Reviewed in the United States on July 3, 2017
Verified Purchase
I love tena shelters books. Hold interest. You don't want to put it down. This is the 3rd book of hers I have read and cannot wait until the next one comes out!!!!
Read more
2 people found this helpful
Helpful
Report abuse
See all reviews