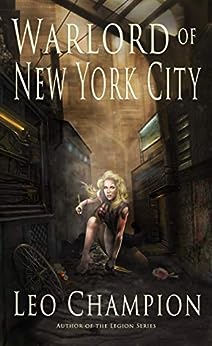 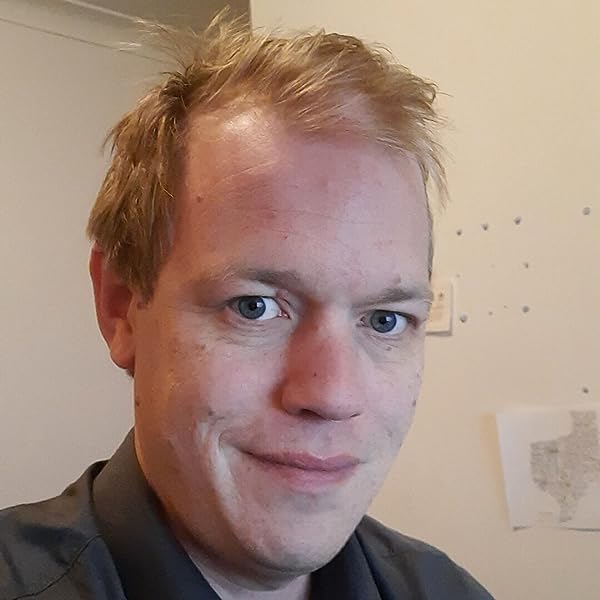 by Leo Champion (Author), Lydia Kurnia (Illustrator) Format: Kindle Edition
Book 2 of 2: Streetsverse
See all formats and editions
Sorry, there was a problem loading this page. Try again.
In the twenty-second century, global civilization has moved into networks of arcology-skyscrapers that tower hundreds of stories above streets abandoned to anarchy. Inside the arkscrapers, a neo-Puritan cult of social justice rules absolutely; on the streets, feral gangs raid between feuding industrial tenements.

Diana Angela is a hereditary executive in the bureaucracy that runs the world, with a secret life as an assassin on the streets. A burned-out idealist, she’s long ago given up on trying to change the world – the best intentions of the past have only led to greater misery.

And she has no reason to think precinct boss Jeff Hammer’s intentions are even good. A former mercenary who may be a military genius, Hammer’s narrowly taken control of a small tenement. Now he’s facing vengeful exiles, aggressive neighbors, and uncertain internal politics.

Leo grew up on the lower north shore of Sydney, Australia, but at the age of 19 got on a plane for the US and wound up living there for a bit over sixteen years.

In that time (mostly in Boston, but also two years in Silicon Valley, a year and a half in Colorado, and a number of winters as a digital nomad) he worked any number of jobs - everything from construction labor and nightlife security to public relations director and newspaper publisher.

He's started four companies, written books in three countries, volunteered on disaster sites, and once used his Australian accent to talk his way out of a mugging. (The muggers might not have known about the several hundred bucks in his wallet at the time.)

Nowadays he lives in southwestern Sydney, where he's working on his next book.

He is not John Molombie.

FrancisT
5.0 out of 5 stars An excellent adventure
Reviewed in the United States 🇺🇸 on May 5, 2019
Verified Purchase
This book is a sequel but you don't really need to have read the previous book (though you should :) )

The tale is set in a future New York that seems reminiscent of, say, Escape From New York only with more computers and other high tech bits. There's a good deal of action and some well drawn out lead characters. All in all it combines to make a book that is hard to put down. You might be advised to not start reading this on an evening when you have to get up bright and early the next day. Some of us will take grim amusement at the names (I particularly like the lack of naming or even numbering of a certain 21st century US president) but those little spots of humor enhance rather than distract from the action, of which there is plenty.

Deb and Phil L-S
4.0 out of 5 stars Gripping adventure and realistic world building
Reviewed in the United States 🇺🇸 on May 8, 2019
Verified Purchase
In a hundred-years-from-now future, the vision of a non-scarcity economy free of racism and prejudice has gone hideously awry. The wealthy and their servants live in high towers, sealed away (mostly) from the streets, where the law is Hobbesian and the masses live as outlaws, slaves, or predators. Two people, one from the "Arkscrapers" and one from the streets, separately set themselves against the darkness.

elpaso45
5.0 out of 5 stars Good read
Reviewed in the United States 🇺🇸 on May 25, 2019
Verified Purchase
Leo Champion has created an interesting future, hitting every pc subject under the sun. Prophetic book from an Australian who lived in the U.S. for a few years. Can’t recommend it more or I would.
Read more
3 people found this helpful
Helpful
Report abuse

Kindle Customer
5.0 out of 5 stars A solid sequel
Reviewed in the United States 🇺🇸 on May 7, 2019
Verified Purchase
Leo second outing in his indendatcy universe is a rip roaring yarn that manages to have loads of action yet builds his universe without relying on large info dumps.
Read more
One person found this helpful
Helpful
Report abuse

J A
5.0 out of 5 stars Exciting adventure!
Reviewed in the United States 🇺🇸 on August 24, 2019
Verified Purchase
I can't wait for the next one!!
Read more
One person found this helpful
Helpful
Report abuse

California Reviewer
5.0 out of 5 stars A well-crafted dystopian tale
Reviewed in the United States 🇺🇸 on July 4, 2020
We are introduced right off the bat to Diana Angela, a resident of New York City in the 23rd Century in an America none of us would recognize today. Diana is an executive that lives high above the streets of the City within the arkscrapers in a society that I would be tempted to call "Woke on Steroids" for lack of a better term.

Classes are strictly enforced and an incorrect thought, spoken word or action - sometimes even by the implication of the offended despite the intent of the now accused (does this sound familiar today?) - can lead to one's ruin.

But Diana's prim and proper outward appearance in the arkskrapers is a cover for a life she is carefully keeping hidden. On occasion, Diana makes her way down to the streets where life is much more chaotic and more third-world like. In this world she is known as Lady D and she is an accomplished assassin.

She is on the trail of Jeff Hammer, one of many warlords who have carved out little empires among the city blocks below. Hammer is making noise about making changes in life on the streets and Diana fears another attempt to establish a commune. The first such attempt ended in disaster for all involved and deeply impacted Diana's life as well.

But Hammer is not the despot she fears he might become and as this first book in the series comes to an end we see a sliver of hope that things on the streets below - and the arkscrapers - are about to change for the better.

I know my first thought after I finished reading it was to try to figure out how exactly the author plans to carry out the many story arcs he has running through this book. As soon as said second book comes out, I'll be grabbing a copy and jumping right back into this amazing world he has created.

One thought I wanted to share: This novel was written and released in 2019 but it is frighteningly prescient in a way. Much of the "woke" nonsense we are seeing play out in 2020 has taken a firm grip on society in the 23rd Century. Readers of this book should look at this and see it as a cautionary tale of the dark, unlikable world we are on track to become if we don't change course and the sooner, the better.

Scott Osmond
5.0 out of 5 stars Awesome Read!
Reviewed in Australia 🇦🇺 on May 8, 2019
Verified Purchase
You don't need to read Streets Of New York to enjoy this one but it helps. Set in a future where the elite, acodemics, media personalities, politicians and technocrats have retreated in to arkologies and left everyone else to clean up the garbage, literally, the world is grim. For those in the arkscrapers social justice reigns supreme. Think a society run like a US university campus where any difference or failure to conform to the ideals of social justice can get you perged and sent to the streets. For those on the streets it's a hell of kill or be killed, where nothing happens without bribes or conections or the ability to seize what you want. I liked both the mc's in this one, DA was an incredible assassin dissatisfied with the restrictive society she lived in and her backstory not only made sence but made her a stronger character. Hammer a "pigeon" come boss using physics as well as mercy as a weapon. These traits along with keeping his word made for a compelling leader. If these 2 team up New York won't know what hit it. I recommend this one. I'll definitely be picking up the next entry when it drops.
Read more
One person found this helpful
Report abuse

Ralph Buttigieg
4.0 out of 5 stars Enjoyable dystopian story
Reviewed in Australia 🇦🇺 on August 2, 2019
Verified Purchase
I usually keep away from dystopian novels but decided to give this one a go. Plenty of action and interesting characters. I was amused by the arcology societies who had gone full SJW and ended up with a feudal. Looking forward to the sequel.
Read more
One person found this helpful
Report abuse

Smartyfartblast
5.0 out of 5 stars Sucked me in like quicksand
Reviewed in Australia 🇦🇺 on August 20, 2019
Verified Purchase
A thoroughly good read. I hope book 2 is ready for me. I feel the need to continue immediately. Great characters that draw into this horrific post apocalyptic version of dystopian utopia.
Read more
One person found this helpful
Report abuse
See all reviews
Report an issue
Does this item contain inappropriate content?
Report
Do you believe that this item violates a copyright?
Report
Does this item contain quality or formatting issues?
Report