You've subscribed to Warlords! We will preorder your items within 24 hours of when they become available. When new books are released, we'll charge your default payment method for the lowest price available during the pre-order period.
Update your device or payment method, cancel individual pre-orders or your subscription at
Your Memberships & Subscriptions
There was an error. We were unable to process your subscription due to an error. Please refresh and try again. 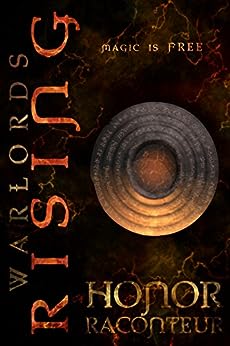 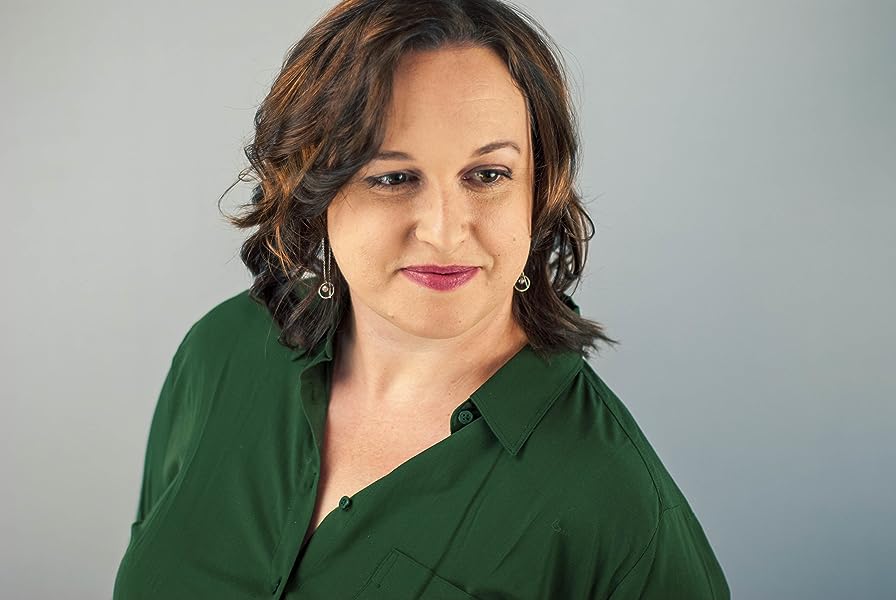 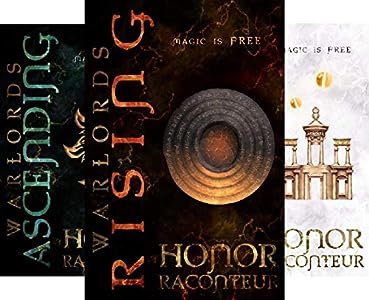 4.7 out of 5 stars
4.7 out of 5
171 global ratings
How are ratings calculated?
To calculate the overall star rating and percentage breakdown by star, we don’t use a simple average. Instead, our system considers things like how recent a review is and if the reviewer bought the item on Amazon. It also analyzes reviews to verify trustworthiness.
Top reviews

TeeMee (Kraftqueen65)
4.0 out of 5 stars Excellent Spin-Off With A Major Question Finally Answered!!
Reviewed in the United States on August 31, 2021
Verified Purchase
I wasn’t too sure I was going to like this particular series, simply by the titles and a few descriptions, and reviews.
Many painted it as a very “dark” book, with too much warfare, angst, and fighting going on.

Depending on your age group, this is light, in comparison to most books out there written in the same vein. So I totally disagree with those statements. Nowhere in it is it overly graphic, or filled with TMI in description.

Although it does take a turn from the previous books, which had very limited conflict, I’m not sure how some expected the book to be written, just based on the title alone. In other book reviews on The Advent Mage Series some complained about this exact lack of conflict. Jeez, I can understand how you can’t please everyone.

I will admit, I was a bit disappointed the previous main characters were not highlighted as much as I would’ve liked, but the book would’ve easily turned into 500 pages. Not that I have a problem with long books. But, I can understand Raconteur’s reasoning for this.

It has been a bit confusing though that these keep getting published as a running series. On GoodReads, and possibly even Amazon Kindle Unlimited, this is billed out as Book 7 in the Advent Mage Series. The author herself has said at the end of a few of the books, “This is the last one in the Advent Series…” (paraphrasing of course,) and even in the beginning of this book, “this is a new series…” She says it’s a standalone but suggests reading the others to get the full backstory. I personally would be so confused if I had not read the previous ones, and wouldn’t recommend this to anyone! They’re all still currently available on Kindle Unlimited, which is where I get the majority-as high as 93-95%-of my books, and would definitely say this is one to be read together, and best done as one after the other.

I myself tend to wait until the entire series is released before beginning. I hate filler from previous books fluffing up the page count, so this is just my personal preference. Besides, who really starts a series mid book?? And if your writing is at least decent or above, I should be able to remember all the main events and characters anyway.

I substantially received an immense amount of pleasure from this book, thus the 4 star rating. At the end of “Lost Mage Book 6,” I was truly hoping to see young Becca’s future unfold, and hopefully tied into the still unsolved mystery of Nolan’s and Trev’nor’s fate and importance to the future, alluded to many, many, MANY, times in previous books. The dragons are some of the best parts in this book, just as Night the Nreesce, and Kia the Dragon, were in previous ones.

I didn’t so much care for the 9-10 year age jump for these 3 characters. I think it was a missed opportunity on the author’s part to have other books in the opening series of these new ones. But, tough call again. I’ve seen some series in the broad spectrum called fantasy genre, go on for as many as 20 and above. Overkill for sure. And who knows? Maybe Raconteur began to tire of the same series herself and wanted to strike out into a new area.

I will say the main reasons for taking off an entire star from my review, came down to two main issues.
1) I CANNOT stand bad editing, grammar, and just errors in general, when in a professional capacity. Even worse when an editor being used is mentioned. It just comes across as sloppy, rushed, and uneducated.
2) Sudden “death” on the final page with a major cliffhanger! Not cool at all!! As someone else mentioned, I went back a few pages to make sure I hadn’t missed something. Regardless that all the books are out already, it once against feels rushed and rather abrupt.

I have read other series by the author and I would’ve never expected these two issues from her. I’ll give the benefit of the doubt that maybe these were written early on in her career.

Jason B. Akin
5.0 out of 5 stars You Are Missing Out
Reviewed in the United States on July 1, 2016
Verified Purchase
One of my favorite authors. She is the only author I read that I have read every book that she has put out. This is a great continuation of the Advent mage story and cannot wait for the next book. I have started to read this series to my son at night and he loves the story as well. I not only recommend this book but I recommend all her books. She is a fantastic writer that can really pull you into a story. Once you start reading her book you be will be like the rest of us "patiently" waiting for the next book. If you are not reader her books you are missing out.

My favorite series of hers is the Advent Mage series which this is a continuation of. I also love her Kingmakers series. With that said I have not found a book of hers that I did not like.
Read more
4 people found this helpful
Helpful
Report abuse

C E C
5.0 out of 5 stars Cliffhanger ending, cleverly done
Reviewed in the United States on November 3, 2017
Verified Purchase
I love the pace of the story as our three favorite teenagers were never really in one place for too long before we got bored. That last chapter and epilogue though: evil lady!! But I must admit, that was kind of genius to wrap up book one. I didn’t even know Becca, Trev’nor (with his similarities in personality to Garth) and Nolan were getting their own story. My one comment is that I really really wanted to see Becca completely let loose with her weather abilities, especially with Riyu’s commander. Loved seeing different sides of Trev and Nolan. Can’t wait for book two, and hopefully more after that.
Read more
3 people found this helpful
Helpful
Report abuse

SF forever
5.0 out of 5 stars Advent Mage universe returns!
Reviewed in the United States on July 6, 2016
Verified Purchase
At last we get back to the world of the Advent Mage. The children in that series are now teens and some of the story arc questions from the first series are getting answered. In the meantime, you get treated to another great adventure with interesting characters that suck you right into the story. It is a story that is typical of Honor in that it can be recommended for all ages and enjoyed by all. I don't do spoilers so I'll let you discover the amazing world and characters on your own. Buy it and read it and you too can be hooked on Honor's adventures and stories.
Read more
2 people found this helpful
Helpful
Report abuse

readsalot
5.0 out of 5 stars Reading this author is great fun
Reviewed in the United States on June 27, 2020
Verified Purchase
The writer's ideas are original, her motives are correct and the whole story is very touching. Dragons are a large symbol in fantasy and mythology along with magic and magic users, these symbols are woven into some wonderful adventures. This is the the first of second series by this author that I've read almost non stop (besides working and sleeping) and I've already bought a third series.
Read more
Helpful
Report abuse

Amazon Customer
5.0 out of 5 stars Good
Reviewed in the United States on May 23, 2021
Verified Purchase
I enjoyed this story. I wish some of the terms were explained better, and I wish there was a little more backstory for the characters, but I enjoyed the story anyway.
Read more
Helpful
Report abuse

Kindle Customer
5.0 out of 5 stars Awesome
Reviewed in the United States on July 3, 2016
Verified Purchase
What you do not want in your country? Three mages with powers that stomp even most magicians. Throw in even more friends and you have this book. I like how she added what you needed to know about the advent mage section for new readers can enjoy this book. This is where the next generation is starting to take over and cause problems. I would recommend reading the whole series though. It is just a good read.
Read more
One person found this helpful
Helpful
Report abuse

mr frank ballance
4.0 out of 5 stars Four Stars
Reviewed in the United Kingdom on February 15, 2017
Verified Purchase
Good Story, poor finale, is there a sequel yet?
Read more
One person found this helpful
Report abuse

Beth Magyar
3.0 out of 5 stars Three Stars
Reviewed in Canada on August 11, 2016
Verified Purchase
It was disappointing and more war like than I expected
Read more
Report abuse

Rebelle
5.0 out of 5 stars Five Stars
Reviewed in Canada on September 1, 2016
Verified Purchase
Cant wait fir the next one...
Read more
Report abuse

Kindle Customer
5.0 out of 5 stars Love it
Reviewed in the United Kingdom on July 9, 2016
Verified Purchase
This is a great story continuing the saga of the advent mages. Hope the sequel is published soon as I am running out of honor raconteur books to read :)
Read more
2 people found this helpful
Report abuse
See all reviews