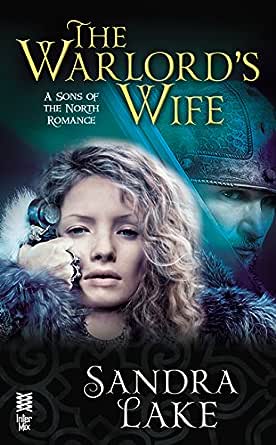 You've subscribed to A Sons of the North Romance! We will preorder your items within 24 hours of when they become available. When new books are released, we'll charge your default payment method for the lowest price available during the pre-order period.
Update your device or payment method, cancel individual pre-orders or your subscription at
Your Memberships & Subscriptions 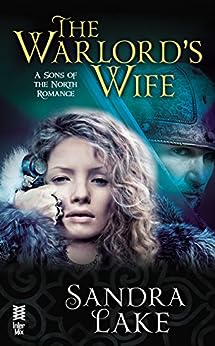 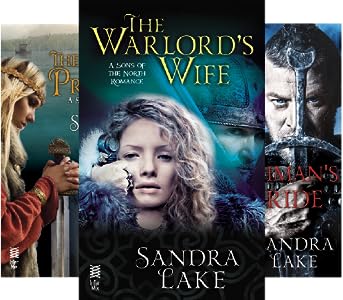 Ronda Tutt
5.0 out of 5 stars Amazing Story
Reviewed in the United States on May 28, 2015
Verified Purchase
Amazing Story!

What an amazing story that shows the endurance of heartache and suffrage from one tragedy to the next. My mind was blown away with the imagery I depicted from this incredible visionary story.

The Viking savagery is expected you might think but not all Viking tales are the same and this one handsome Viking - Jarl Magnus - Warlord of Tronscar changes the meaning into a man of worth and honor for his time. His sacrifice and love builds his character as he falls in love with Lida.

Lida is a very strong willed woman and my heart went out to her especially after losing her husband and visualizing the scenes of how her deceased husbands family treated her and disowned her. Especially when they denied her child, their own grandchild.

I have to say though that Lida's attitude kind of aggravated me because she was too rebellious at times when she and Jarl first got together, however at the same time the author did an amazing thing by showing the struggle and defiance from each character and as they learned to be husband and wife as well as learning to submit to a different culture of the Viking World.

I really like Jarl and could actually hear his big bear of a voice and could visualize how he looked in a brutal sexy way. His brutal actions towards his enemy were fierce but he was one big softy when it came to Lida once he figured out what made her tic.

The sexual encounters were not brutal or savage but very sensual in a passionate clean way. (3 Flames)

The build up to the plot of the story kept me turning the pages, I just couldn't put it down. The deceit and back stabbing of his supposedly loyal kinsmen had me reeling with anger and I was so glad when they all got what they deserved in the end.

I loved the happy ever after ending and loved how Jarl and Lida's relationship grew through the story. I loved Lida's daughter and how Jarl accepted her as his own. This was just a wonderful refreshing story.

Kindle Customer
5.0 out of 5 stars Excellent book
Reviewed in the United States on December 31, 2019
Verified Purchase
Loved this story of Lida and Jarl Magnus. Lida, a widow with a young child, marries Magnus. He is so arrogant and used to getting his way. She has given up thinking of love. Magnus meets her but doesn't really treat her nicely at first. He doesn't know how to communicate with her or have trust. There are so many aspects to this story. There is treachery and betrayal in people that are trusted. My heart was racing reading of this treachery and betrayal. At one point, even Magnus believes the betrayers. Katia, Lida's daughter, is so delightful. I can't even go through how you will enjoy this book. There is sadness that comes from circumstances of life, the cruelty of people, adventure but also the love that comes from family.
Read more
Helpful
Comment Report abuse

Jennifer G.
5.0 out of 5 stars Stunning debut!
Reviewed in the United States on July 2, 2015
Verified Purchase
The Warlord’s Wife (Sons of the North #1)
By: Sandra Lake
5/5 stars

Lida became a young, pregnant widow when her Finnish husband was killed during a crusade against men from the North. Instead of the protection of her husband’s family, they accused her of adultery. While they had the lawful right to kill her after such a claim, they instead sent her back to her father’s home in Turku, Finland. Lida swore that she would never marry again, and it was a decision that her father respected, though he didn’t have to, as women had few rights of their own in 1150 A.D.

Jarl Magnus of Tronscar in Sweden went to Finland to trade and to find a maiden to take as his wife. However, no maidens caught his fancy and as he traveled back to port, Lida working in the fields caught his fancy. After hours of negotiation with Lida’s brothers, the bishop of Turku and with Lida herself, the Jarl finally came away with a wife.

Lida is somewhat confused by what the Jarl expects from her and how she should adapt to her new life. She had only been married a short time to her first husband and she still loved him, their daughter Katia and the things that he had given her. But Magnus feels like she is being disloyal to him and has betrayed him with a dead man. Thankfully his faithful steward gives him advice and helps him see things through Lida’s eyes without undermining his authority.

Magnus & Lida learn about each other and start building a relationship for their marriage. Magnus never planned on loving Lida’s daughter, but the beautiful little girl just worms her way into his heart. Magnus’ life is fuller than it has ever been, especially once Lida is pregnant. But jealousy & treachery abound within the walls of Tronscar.

But when the Jarl’s family is threatened any of the cold feelings he ever had completely melted away with fear for the lives of his family and the need for retribution and vengeance. Jarl Magnus will stop at nothing when it comes to the safety of his family.

This was an excellent debut novel. I thoroughly enjoyed it and was transported back in time and could imagine everything. There were some things that were brought up that left me with some questions but they were really just minor details so I wasn’t too bothered. The next book in this series, The Iron Princess, is already out, and this is a series that I plan on following!
Read more
2 people found this helpful
Helpful
Comment Report abuse

TheBagLady
5.0 out of 5 stars Wow! Loved It!!
Reviewed in the United States on August 13, 2020
Verified Purchase
Great story with realistic characters, visual descriptions are abundant and makes you feel like you're part of the story. Read it through from beginning to end in one sitting! I've read thousands (really) HR's and can honestly say, this was ranked in the top 10 for me. Only thing I hated was the spelling/grammatical lack of editing. This distracts you from the full experience and really needs addressing in order to provide the best translation of the story. Bought the next two books and looking forward to reading them!! Definite Must Read!
Read more
Helpful
Comment Report abuse
See all reviews

Maud Mama
5.0 out of 5 stars An amazing debut - cannot wait for more from this new author
Reviewed in the United Kingdom on July 4, 2015
Verified Purchase
If you are looking for a good old fashioned story with an amazing, feisty female and a strong, heroic male then look no further.

A rip roaring adventure from the start - I devoured this book in a few hours and promptly one clicked on book two.
Read more
Report abuse

Fiona
4.0 out of 5 stars Four Stars
Reviewed in the United Kingdom on April 7, 2015
Verified Purchase
A very interesting read through an exciting time in history. I am looking forward to the next installment!
Read more
Report abuse