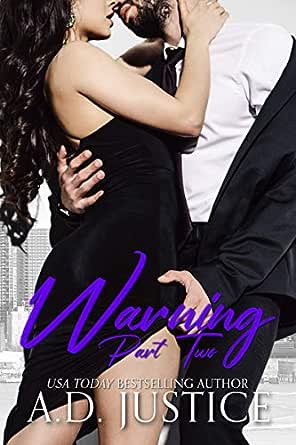 You've subscribed to The Vault! We will preorder your items within 24 hours of when they become available. When new books are released, we'll charge your default payment method for the lowest price available during the pre-order period.
Update your device or payment method, cancel individual pre-orders or your subscription at
Your Memberships & Subscriptions
There was an error. We were unable to process your subscription due to an error. Please refresh and try again. 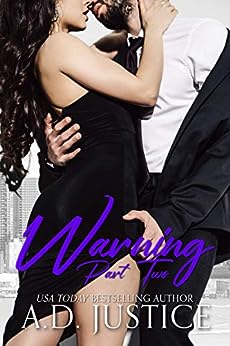 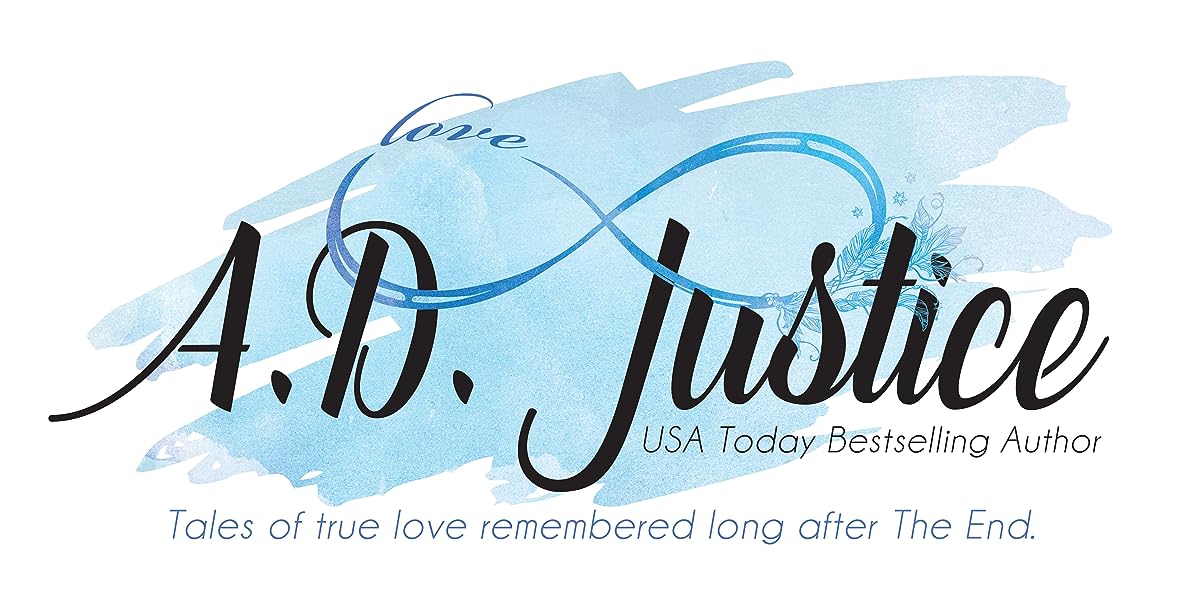 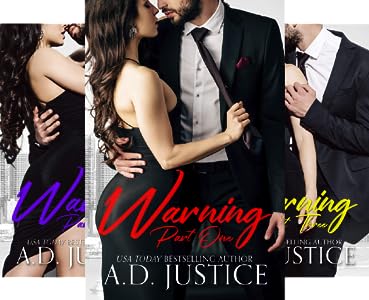 --WARNING Reading this book will cause hyperventilation, tremors, and a complete sense of desperation. (Amazon reviewer)

--Fall in love with this story! Completely amazing! (Amazon reviewer)

4.3 out of 5 stars
4.3 out of 5
66 customer ratings
How does Amazon calculate star ratings?
Amazon calculates a product’s star ratings based on a machine learned model instead of a raw data average. The model takes into account factors including the age of a rating, whether the ratings are from verified purchasers, and factors that establish reviewer trustworthiness.
Top Reviews

erinaf
VINE VOICE
3.0 out of 5 stars Book 2 failed to draw me in as much as the first
Reviewed in the United States on June 16, 2019
Verified Purchase
I didn't like Book 2 as much as the first in this series. The book picks up three months on from where Warning, Part One, left off. If you haven't read it, you need to as it sets up the relationship between Jillian and Damon and establishes the context for where their relationship is now. There are spoilers coming if you haven't read the first book as well as a couple for this one.

***Spoilers below ***
Damon's family, particularly his mother, have put him in the dog house for how things ended with Jillian. While I liked his mother, I find it hard to believe that the leading lady of a mafia family would be so forgiving towards a woman that held a knife to her son's throat in the dead of the night. Damon and his family are still on the lookout for Lorenzo who has gone underground. Jillian has moved back to Louisiana after her split from Damon, causing him to travel there in order to reconcile with her. When he surprises her at her doctor's office, he finds out she's pregnant, making him even more determined not to leave unless she's with him.

I thought Jillian gave into Damon pretty quickly and he took the blame for everything just as fast which left me shaking my head a bit. Jillian was still upset with him about her mother's murder and him not telling her. For the sake of the story, they work it out and Damon wants her to marry him. Damon's sister, Carrie, enters the story. She does her own thing and has her own schemes operating outside of the family and trusts Jillian immediately. They both work together to try and find and bring down Lorenzo. I thought this pushed the envelope a little too far, taking the shine off the story for me. Jillian moved in with Carrie so there was even less contact between her in Damon, a dynamic I missed.

I found Damon a little more arrogant in this book and Jillian's character became a contradiction. One minute she's licking her lips because she wants Damon and the next she's a powerhouse of confidence. She started off strong and putting him in his place and then later was simpering. Carrie telling Jillian everything about her secret side businesses was completely unbelievable considering they'd just met and the former's ability to tie everything up in a neat bow in order to bring down Lorenzo was ridiculous and overly convenient.

While I didn't mind the story, it didn't continue to hook me as much as the first book had and I found it a bit repetitive and cheesy. Jillian started to annoy me and the plot, particularly parts involving Jillian who the author's tried to turn a bit bad, was just too over the top for me. This book also ends on a cliffhanger. I haven't purchased the last book in the series and probably won't. The books are short for the price and this one started grasping at straws.
Read more
One person found this helpful
Helpful
Comment Report abuse

Nikki M - Hot books & Sassy Girls
3.0 out of 5 stars Okay - losing a bit of steam
Reviewed in the United States on August 24, 2019
Verified Purchase
Jillian has been played by the man she thought she was falling in love with. Angered and hurt she returns to her home town to bury her mother. Three months and she has not heard a single word from Damon. On the day she finds out her biggest news he shows up. Could this be a coincidence? I think not. While he makes it clear he still wants her and now he knows her news, he vows to make up for the mistakes he has made. But Jillian has finally grown a backbone and told him to leave. For now, he will but the danger is still lurking and Damon will protect her at all costs. When an incident happens that puts her life at risk she goes back to New York with him but stays with his sister who seems to be an undercover assassin all on her own. Can the two of them take the threat out by themselves and is she willing to let Damon be part of her life. Overall not a bad follow up but I do think this story could have been summed up in a duet. Making it a trilogy is just drawing it out a tad too much for a story that could be wrapped up already. I also did not feel the connection or the longing between the two characters. Would I continue with book three, yes, because I am a sucker and have to know how it ends.
Hot Books & Sassy Girls
Read more
One person found this helpful
Helpful
Comment Report abuse

Bookworm
5.0 out of 5 stars Is he really going to let me go.
Reviewed in the United States on June 17, 2018
Verified Purchase
Confusion and betrayal at their best, but learning forgiveness is about loving someone. Jillian has found some interesting information yet she doesn't know who to trust. She hasn't seen Damon in 3 months but when he appears after a recent Dr. Appointment, she is flabbergasted and angry at not seeing him. He must now grovel at his own stupidity and try to get on Jillian's good graces. Jillian and he encounter more gunfire and she returns with him to NY. He thinks he has it made and she can just live with him. She changes the whole dynamics of the relationship and questions her love when they both see a Dr. together about the pregnancy. He is even more protective and is willing to let her go to make her happy but really wants her to marry him.
Read more
Helpful
Comment Report abuse

Diana
5.0 out of 5 stars This one is a Must Read!
Reviewed in the United States on June 16, 2018
Verified Purchase
I enjoyed reading more about Jillian, Damon, and his family. His sister, Carrie, was a riot and desperately needs her own book. The only complaints that I have would be that I thought if Damon called Jillian, Doll one more time I would find the knife and use it myself. On the other hand, when he called her Jilly I turned into mush. Also, I thought Jillian could have cut him a little more slack, but if she'd have been a pushover I would definitely not have liked it at all. The cliffhanger would have not made me so insane (bites nails) if part 3 was coming out tomorrow.
Read more
Helpful
Comment Report abuse

Veronica
5.0 out of 5 stars Must Read
Reviewed in the United States on March 29, 2018
Verified Purchase
Omfg I love Damon & Jillian. Damon will do anything to win the love of his life back but Jillian can’t seem to get over how much Damon hurt her. This book will give you all the feels. It has suspense, regret, guilt and of course love. Once you start reading yo will not want too stop. I need part 3 ASAP.
Read more
2 people found this helpful
Helpful
Comment Report abuse

kim wilson
5.0 out of 5 stars Suspenseful
Reviewed in the United States on March 30, 2018
Verified Purchase
Another great suspenseful story. Jillian comes to her own in this part of the book. I love the way that she dominates over Damon to become a strong independent woman. However the love between the two is still there while Jillian must choose to believe her head or heart. Ending this part of the book leaves you wanting to know what will happen and will drive you insane with questions while awaiting the next installment.
Read more
2 people found this helpful
Helpful
Comment Report abuse

Kelly
5.0 out of 5 stars WTF?? Noooooo I have to know!
Reviewed in the United States on March 31, 2018
Verified Purchase
I have to know what happens to Damon and Jillian. Family means everything! What about Carrie? I need part 3 ASAP- I have to know! I haven't been this excited to finish a series in a very long time. It's addictive! Please hurry A.D.
Read more
One person found this helpful
Helpful
Comment Report abuse

dainer81
4.0 out of 5 stars Warning...seriously addictive
Reviewed in Australia on April 5, 2018
Verified Purchase
Warning...seriously addictive
Once again AD delivers a book that sucks you in and leaves you wanting more.
I can’t wait for the conclusion
Read more
Helpful
Sending feedback...
Thank you for your feedback.
Sorry, we failed to record your vote. Please try again
Report abuse