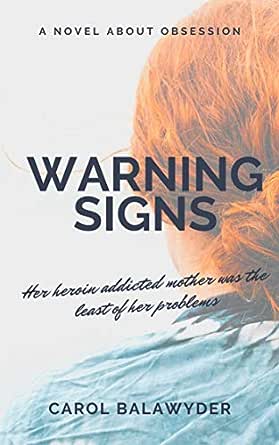 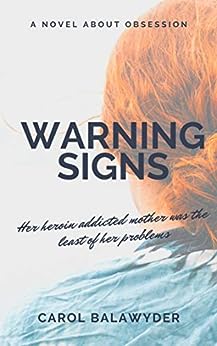 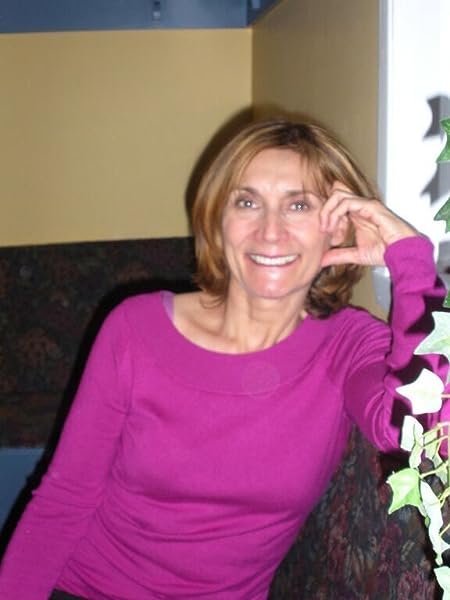 Jacqui Murray
VINE VOICE
5.0 out of 5 stars Unique psychologic thriller you won't want to miss if you love this genre
Reviewed in the United States on January 3, 2020
Verified Purchase
Carol Ballawyder's Warning Signs (2019) is the saga of Niko Nishevsky, aka Eugene Monroe, a twisted serial killer who is driven to murder vulnerable teenage girls and then examine why he does it. His reasons for killing seem similar to other famous serial killers but maybe not exactly the same:

"I feel no pleasure. No sorrow either, not at the time of the killing. My mind goes into a trance in which the feeling of empathy overwhelms me. It’s not as if another person has invaded me and I have no control over that person. I never feel so much in control as at that moment."

When the police seem unable to stop him, Niko reaches out to them with a series of notes, hoping to educate them in a way that might assist in their efforts to find him. Unexpectedly, he finds himself drawn to a twenty-something woman who he sees as outside of his pathologic drive to kill, which becomes part of his research: Why others but not her?

As I read this book, I realized it was a completely unique story. Never before have I read the story of a serial killer who dispassionately analyzes his own illness. Ballawyder cites the best literature on the subject, educating me as Niko educates himself on the broken mind of a serial killer:

"He continued with his list. Lack of remorse or shame. “Yes, that’s me. But how does that explain the work of a psychopath?” he asked himself."

Ballawyder's writing style is similarly analytic which manages to place me at arm's length from many of the most disturbing aspects of serial killers. Because of that, where I often have difficulty reading psychological thrillers--because they put me too much into the horrid actions--in this story, I managed to stand aside and watch, away from the blood and horror. I'm not sure I'm saying this as well as I might but the end result was that I found the story easier to read and more enjoyable than many others in this genre.

Anneli
5.0 out of 5 stars Drawn In
Reviewed in the United States on October 6, 2020
Verified Purchase
Horror and gruesome killing upset me and I don’t like to read about these details. But author, Carol Balawyder handles the murder scenes in her novel about a serial killer so deftly that I just wanted to keep turning pages – never having the urge to hide my eyes – only wanting to know more.
Once I was hooked (on the first page), she introduced the characters gradually, allowing me to get to know them while keeping me on my toes with dilemmas they each struggled with. Ms. Balawyder expertly slipped in details that would be needed later to make the culmination of the plot flow easily. Nothing happens that seems contrived because the groundwork was laid earlier in the book.
Each of the characters had major flaws but they also had redeeming traits. Even Eugene, the serial killer, was not all bad. Imagine empathizing with a serial killer!
The tension regarding the murderer escalates, and we expect this, but when he befriends Angie, their internal conflicts come into play as well. We already understand why Angie would fall for someone like Eugene, because, by now, we know her personality. But will Eugene hurt Angie? What will Angie do once she starts to suspect that Eugene may be the killer?
What about Darren, the policeman who finds Angie attractive? Will his feelings toward her interfere with his murder investigation?
I was impressed by the way this novel’s plot flowed so smoothly, pulling me in as the characters I came to know so well became entangled in it.
After being drawn into the story on page one, I didn’t want to put the book down until I read, “THE END,” and even then I was thinking about it after I closed the book.
Read more
Helpful
Report abuse

Jill Weatherholt
5.0 out of 5 stars Not your everyday psychological thriller
Reviewed in the United States on January 7, 2020
Verified Purchase
While in college, I read every psychological thriller I could get my hands on, but when I started to lose sleep, I had to put them aside. Fast forward, many years. When I learned author and fellow blogger Carol Balawyder had a new book out whose main character happened to be a serial killer, I had to put my fears aside and dive in. I’ve enjoyed several of Balawyder’s women’s fiction books, so I was confident I’d be in for a great read with Warnings Signs. The author’s background in criminology and police technology makes this journey inside the head of a serial killer one that is both believable and a page-turner. Did I sleep with one eye open, after I finished? Well, yes, but for those who enjoy getting inside of a psychopath’s head, you’ll love it!
Read more
Helpful
Report abuse

Carrie
5.0 out of 5 stars Another enjoyable novel by Balawyder
Reviewed in the United States on December 27, 2019
Verified Purchase
I always enjoy reading Balawyder's novels; their emphasis falls as much on character introspection as it does storytelling. In "Warning Signs," a young woman struggles to understand her jealous and cruel new boyfriend, a killer tries to discover what it is that makes him kill, and a detective bearing the scars of a botched arrest must regain his footing. Together the three of them unravel the interconnected threads of this psychological thriller. It's a smooth read with fluid prose and a rich Canadian setting.
Read more
Helpful
Report abuse

Ellie Marrandette
5.0 out of 5 stars An incredibly well-written novel into the world of evil
Reviewed in the United States on March 31, 2020
Verified Purchase
This intelligent, well-written psychological thriller will remain in the reader's mind long after finishing it, Carol Balawyder's background in criminology is clearly evident in the detailed way she delves into the complex brain of the mentally insane. The author's ability to create sympathy for a despicable protagonist reminded me of the novel, "House of Sand and Fog." The story beautifully unfolds in such soft steps that the reader cares about all the characters involved, while rooting for ultimate justice to be done. This novel will not disappoint.
Read more
Helpful
Report abuse
See all reviews