You've subscribed to Factory of the Gods! We will preorder your items within 24 hours of when they become available. When new books are released, we'll charge your default payment method for the lowest price available during the pre-order period.
Update your device or payment method, cancel individual pre-orders or your subscription at
Your Memberships & Subscriptions
There was an error. We were unable to process your subscription due to an error. Please refresh and try again. 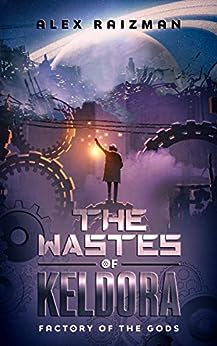 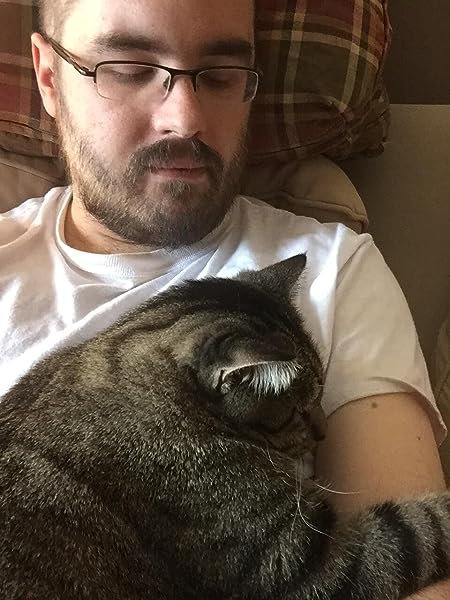 The Wastes of Keldora: An Automation Crafting LitRPG Adventure (Factory of the Gods Book 1) Kindle Edition

by Alex Raizman (Author) Format: Kindle Edition
Book 1 of 4: Factory of the Gods
See all formats and editions
Sorry, there was a problem loading this page. Try again.
Read more Read less
Previous page
Next page
Books In This Series (4 Books)
Complete Series 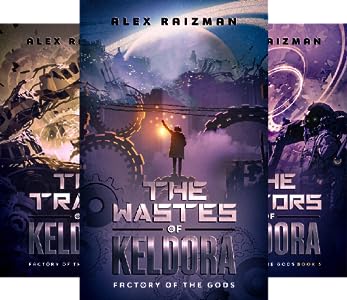 4.4 out of 5 stars
4.4 out of 5
167 global ratings
How are ratings calculated?
To calculate the overall star rating and percentage breakdown by star, we don’t use a simple average. Instead, our system considers things like how recent a review is and if the reviewer bought the item on Amazon. It also analyzes reviews to verify trustworthiness.
Top reviews

Protagonist is presumably in his late 20s but still wallows in teenage angst. Has almost no self respect.

Female "compagnon" is entitled and abusive.

Both don't seem to understand that life (and combat) is chaos and bad things happen. Not everything goes according to plan. The compagnon guilts the protagonist for this, and him being self hating runs with it into the endzone of teenage angst.

Due to the characters and their dynamic I found myself unable to care about the "story" (basically defending the town) and cringing hard.

It's a shame, the world seemed interesting. And the crafting could have been fun.
I hope the author enhances his character writing skills.
Read more
43 people found this helpful
Helpful
Report abuse

Mestabuil
2.0 out of 5 stars Great idea, but the female lead is too toxic to keep reading
Reviewed in the United States on August 11, 2020
It's a well written story. The progression system seems intriguing, I like that the main character has a lot of room for personal growth without being awful, the premise of it all is wonderful. I wanted so badly to like this book, and in some ways, I do. But I know this female lead is never getting seriously called on her behavior, and I just can't keep reading it.
She kidnaps the main character from his world, treats him like a bumbling fool for not knowing what she knows, treats him like a conman for not confiding all his secrets to her ten minutes after she threatened his life, and then gets visibly uncomfortable and mildly belligerent when talking to him about how his inventions should be used or who should control that use. Inventions which she can neither conceive of herself, nor create.
She gets angry with him because a thing he had warned her could happen does, in fact, happen. No credit for the help he gave in that same situation. No credit for the good he had started to set up for her or her people. Nope. "Something you planned didn't work 100% the way I wanted it, so you are awful." Then abandons him to his own devices, and gets angrier when he "risks her sister's life." As if she herself wasn't doing the same by abandoning the sister, or bringing raiders to their doorstep.
He apologizes to her for all this. And that's when I decided I was done. Not one word of appreciation for this man, and only blame when things aren't perfect. He rolls over and takes it, and it has become obvious that both he and the narrative are treating this woman and her actions as in the right. And if the main character won't walk away, then I'm afraid I have to.
Read more
49 people found this helpful
Helpful
Report abuse

Nathan Jordan
5.0 out of 5 stars A great start to a new series!!!!
Reviewed in the United States on August 10, 2020
Verified Purchase
I really enjoyed this book!!!
The start was able to capture my attention and inform me of what was goes on without boring me to tears and really gave the book a unique flavor that kept me interested.
I'm definitely curious to see how this continues as I can see some of the systems that our MC can create can be abused to become over powered, so the stiff needed to balance that out will be interesting to see none the less.

I will say that I hope the MC continues to keep his insane wit, while also growing to become more confident in himself. The humor displayed was an absolute breath of fresh air.

Can't wait to see how the character develops!!
My only critic was it was to short a read!!! But... maybe that's because I read obsessively lol!
Read more
9 people found this helpful
Helpful
Report abuse

Kindle Customer
1.0 out of 5 stars DNF, MC let's himself be walked over and blamed for every wrong
Reviewed in the United States on May 29, 2021
Verified Purchase
I had enjoyed the first half of this book for the most part, and was looking forward to the rest. What first threw me off was Kurli blaming the MC for their townsmates injuries in the first skirmish with the Urlots. They'd come for her and what she stole, she brought them to Cast Off. They weren't leaving without her and what she stole, and she had said herself that their three defenders had no chance against their twelve. Without his turrets, limitations and dangers of known to her before hand, they'd all be dead. His actions not only balanced those odds enough to win, but his turret placement saved the blacksmith and Caellies lives in that moment. It sucks they were knocked down by the Urlots(!) and injured his teammates, but that meant the 6 archers were focused on the turrets and not Cast Offs defenders long enough to win.

Then, later on he just accepts Kurli and the town's condemnation for not somehow preventing the Chained God from sacking their homes. Again, their enemies don't even know Julian, they came expressly for Kurli and an assumed godcore. Nevermind he'd been working nonstop to build the infrastructure needed to actually provide for a capable defense; Armor, Weapons and force modifiers.

While I enjoyed the authors Dinosaur Dungeon, this MC is a pathetically weak character not worth reading about.
Read more
2 people found this helpful
Helpful
Report abuse

Jeff M
4.0 out of 5 stars Good start to a new series
Reviewed in the United States on August 17, 2020
Verified Purchase
I liked the concepts and most of the characters. I never could connect with the main character and the female lead is too antagonistic, but overall it was well done. I look forward to see where it goes from here.
Read more
6 people found this helpful
Helpful
Report abuse

Casey White
5.0 out of 5 stars Sarcasm-filled, factory-building fun
Reviewed in the United States on August 11, 2020
Verified Purchase
Wastes was a fun read! I loved the setup of the story, and the attitudes of all the characters (looking at you, Julian) just made the story for me. Short, but sweet, and worth taking a look at.
Read more
6 people found this helpful
Helpful
Report abuse

Garrett T. Below
5.0 out of 5 stars a delightful read
Reviewed in the United States on August 23, 2020
Verified Purchase
i enjoyed the book quite a bit. the story was engaging from start to end with a protagonist i uniquely key into. i love inventing and that is exactly what this guy is about. so his thought processes were ones i understood very well. the way the author explained the characters as they came into the plot was well done. the world was not very well described save for the well described sky. but that isn't a bad thing, the terrain and other spacial information was present when needed. it wrapped up the initial plot well and i am anxiously waiting for book 2.
Read more
3 people found this helpful
Helpful
Report abuse

Jared
5.0 out of 5 stars Good Litrpg
Reviewed in the United States on August 25, 2020
Verified Purchase
The main character is so average I enjoyed his mistakes and victories using science against magic. The woman is highly motivated. The industrial think. 10/10. The best part of the book in my opinion were the limitations of the Godcore that forced the MC to think in radically modern approaches.
Read more
3 people found this helpful
Helpful
Report abuse
See all reviews

Bjorn Larsen
4.0 out of 5 stars I enjoyed this read, but there are typos.
Reviewed in the United Kingdom on November 11, 2020
Verified Purchase
Great concept. Starts a bit slow but gets in gear fairly fast. Interesting characters. I read it in two days.

There are a lot of typos. There are missing words. One does not traditionally hammer steaks into the ground. But still worth 4 stars to me.
Read more
Report abuse

Dehs
5.0 out of 5 stars Awesome crafting focus
Reviewed in the United Kingdom on June 28, 2021
Verified Purchase
With a fairly unique approach to the rpg elements, and a story that really makes you want to keep powering on!
Read more
Report abuse

Edward Armstrong
5.0 out of 5 stars A fantastic book that I could not put down
Reviewed in the United Kingdom on August 12, 2020
Verified Purchase
Read the whole thing in about 3 hours (but I am a fast reader), could not put the book down. Thank you Alex , for a great read!
Read more
One person found this helpful
Report abuse

charlielutra24
5.0 out of 5 stars Loved this book!
Reviewed in the United Kingdom on August 26, 2020
Verified Purchase
Reminiscent of Factorio in the best possible way. Fantastic characters, had me laughing out loud. So excited to read more!
Read more
Report abuse

Jason
4.0 out of 5 stars Amusingly nostalgic.
Reviewed in Australia on May 4, 2021
Verified Purchase
I've long enjoyed a certain game that this book is highly connected to and seeing a story written around the idea was a wonderful surprise.

The magic system is creative and our hero has some huge advantages along with some massive disadvantages. There are no free meals in here as well and the protagonist has to fight for every success.

Admittedly the writing in this first book of the series is not perfect, but as I am looking backing after the third book, Wrath (the dinosaur dungeon) and on the edge of the fourth book's release, the author's writing has only improved in leaps and bounds every step of the way.

100% enjoyable, especially for a different group of gamers than most of the more common LitRPG.
Read more
Report abuse
See all reviews