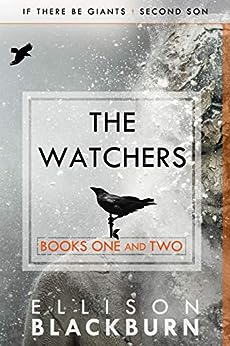 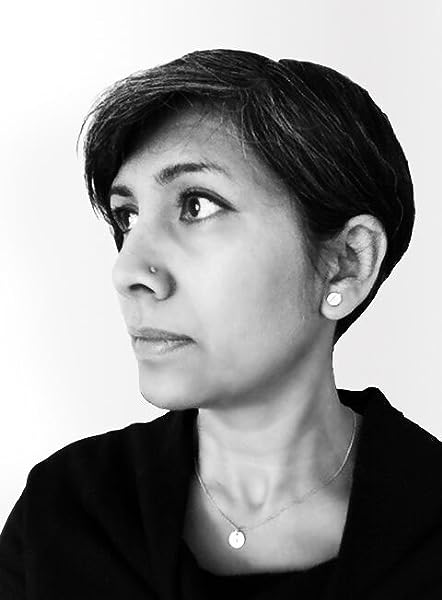 The Watchers: If There Be Giants and Second Son Kindle Edition

What readers are saying about If There Be Giants and Second Son:

"Richly woven with archaeological detail and mythology and peopled with strongly-characterized protagonists." ★★★★★

"Will definitely enthrall readers who enjoy exploring the boundaries between science, philosophy, and religious belief." ★★★★★

2.1 out of 5 stars
2.1 out of 5
14 global ratings
How are ratings calculated?
To calculate the overall star rating and percentage breakdown by star, we don’t use a simple average. Instead, our system considers things like how recent a review is and if the reviewer bought the item on Amazon. It also analyzes reviews to verify trustworthiness.
Top reviews

Nadine
1.0 out of 5 stars Poorly written.
Reviewed in the United States on January 12, 2020
Verified Purchase
I disliked this book. I couldn't even finish it.
It was choppy, hard to follow, poorly written.
I was excited about the idea of the giants and standing stones. But they played a minimal part in the story.
I wasted $7.99, I read A LOT and most. 99 cent books are better than this.
Read more
Helpful
Report abuse

Christina Weigand
4.0 out of 5 stars An Exciting Anthropological Journey
Reviewed in the United States on February 19, 2018
In all honesty I read this series backwards. I was asked to review the second book: The Second Son first and then the boxed set including the first book: If There Be Giants was offered. I will attempt to review them in the proper order.

If There Be Giants:
This book sets up the series quite well. The anthropology/ archaeology theme is fascinating to this reader and the author Ellison Blackburn even manages to include a faint hint of the religious aspects without drowning us with it.

I wish I had read this book before reading the second as it would have gone a long way to setting the scene and the characters.

Now having read the first book my opinion has changed slightly. I now know the characters and the setting and the importance of the plot better.

Though both books were good reads this reader feels as if at times the story got bogged down with telling instead of showing and pulling me into the story through action and dialogue.
Read more
2 people found this helpful
Helpful
Report abuse

J C Steel
5.0 out of 5 stars A breath of mythology and mystery
Reviewed in the United States on January 2, 2018
If you enjoyed Indiana Jones, and the interweaving of fact and myth, past and present, this series is for you. Author Ellison Blackburn takes a solid grounding of English weather and archaeology, and adds a breath of mythology and mystery that raises the plot from merely interesting to a delightful exercise in what-if.

<b>If There Be Giants</b>
Mallory Jacks and her best friend, Paisley Bourne, shared a passion for archaeology as children. Years later, Drs. Jacks and Bourne, once again working together, are summoned to a farm where the farmer has uncovered a possible henge site. As they begin to unearth the stones, they make a discovery that has the potential to overturn both the scientific and the religious communities.

If There Be Giants is a story of archaeology and myths, giants and visions, set in Cornwall, the seat of all British legend. Ellison Blackburn has created a story richly woven with archaeological detail and Christian mythology, and peopled it with her strongly-characterised protagonists. This is one of the author’s strongest books to date, a fascinating debut to the new Watchers series.

<b>Second Son</b>
Second Son is the second in the Watchers series, following Grey’s point of view more closely as he learns the truth of his infamous heritage – and how to reconcile his existence and that of his family with their beliefs.

Author Ellison Blackburn’s trademark ability to weave thought-provoking concepts into stories that are gripping, well-developed reads is back on display in this series, as she explores love, fidelity, and faith through the lens of Grey and Mallory’s lives. The handling of the Christian mythology displays the depth of research that went into the story and provides a strong framework that underlies the choices the protagonists must make in this book.

I received a copy of this set at no cost to me. Opinions are my own.
Read more
2 people found this helpful
Helpful
Report abuse

E.P. Clark
VINE VOICE
5.0 out of 5 stars An Interesting Series for the Thoughtful Reader
Reviewed in the United States on November 10, 2017
"The Watchers" series is a smart, unique pair of books about an archeologist, Mallory Jacks, who discovers a very unusual set of remains on a dig in England. Is it a hoax--or are our legends real?

As I said about Mallory in my review of the first book, "If There Be Giants": "A complex and compelling character, Mallory wrestles with the scientific and moral dilemma placed before her, as well as her personal tragedies, which, it turns out, are also linked to the project. A strong female lead who doesn't play into the stereotypes of strong female leads, Mallory is a welcome addition to the specfic genre. I definitely recommend this book for readers looking for smart, female-oriented speculative fiction." This is not so much sci-fi as we normally know it, as near-future speculative fiction aimed at the intelligent, thoughtful reader.

This continues in the second book, "Second Son," in which the story continues but the focus switches to the point of view of Grey, Mallory's lover. However, to quote myself again, "the focus of the book is less on the romance--although that is present--and more on the intellectual, psychological, and theological issues the characters are wrestling with."

The two books really form one continuous story, so reading them together as they're presented here will make more sense than reading them separately. An interesting series for the thoughtful reader!

My thanks to the author for providing me with review copies of the books. All opinions are my own
Read more
One person found this helpful
Helpful
Report abuse

Gerleann
5.0 out of 5 stars I recommend this boxed set to others
Reviewed in the United States on October 7, 2017
I was interested in If There Be Giants from the beginning. There is Science, Religion, Archeology, Humor and Romance. Dr. Mallory Jacks and her colleagues make an unexpected find on an archeological site that will change life as they know it. The book is very well written and left me anxious to start the second book of the boxed set. Second Son picks up with Grey and a review of his past and the job he is to do in the near future. There is a few ah-ha moments throughout this book that made me want to keep reading until I finished the book.

I received an ARC copy of this boxed set and I am leaving this review. I recommend this boxed set to others.
Read more
One person found this helpful
Helpful
Report abuse
See all reviews

J. Mcpherson
1.0 out of 5 stars Rambling nonsense with minimal action
Reviewed in the United Kingdom on January 7, 2019
Verified Purchase
Well, that’s several hours of my life I won’t get back. The first book was bad, the second was a load of rambling nonsense which presumably was supposed to be philosophical discussion. Unfortunately, the author didn’t seem to have nailed down what she was proposing and ended up going round in circles. After the archaeological discovery, nothing very much actually happened. In the second book, the “plot” could have been covered in a few sentences. I see one reviewer has likened this series to Indiana Jones - it isn’t. There is very little action in either of the books. Not a particularly original idea either.
Read more
2 people found this helpful
Report abuse

Jan Wolfe
4.0 out of 5 stars An enjoyable read
Reviewed in the United Kingdom on September 23, 2018
Verified Purchase
I enjoyed these two books - they certainly captured my imagination with the storyline, and gave an interesting take on some aspects of theology. There were some errors in the text which should have been picked up in editing, but strangely, for me, they didn't distract me from the story too much. However, the one thing that was disappointing for me was the ending. It seemed rushed, and somehow unsatisfying - a bit like an exam essay finished off in a rush because time's up. Yes, one can always use one's imagination as to what came next, but, somehow I felt a bit cheated! Perhaps the author has a third book up her sleeve? Nonetheless, I did enjoy the yarn.
Read more
2 people found this helpful
Report abuse

Mrs. JE Barff
1.0 out of 5 stars A bit bonkers...
Reviewed in the United Kingdom on November 3, 2018
Verified Purchase
Completely bonkers I'm afraid. Kept waiting for the story to actually do something but sadly it didn't really go anywhere. There were many errors which should have been picked up in the editing. Not exactly theological - more a story about odd sects who believe such nonsense as the Rapture. And not really a story about archaeology. Won't be reading any more in the series I fear...
Read more
One person found this helpful
Report abuse
See all reviews
Back to top
Get to Know Us
Make Money with Us
Amazon Payment Products
Let Us Help You
EnglishChoose a language for shopping. United StatesChoose a country/region for shopping.
© 1996-2021, Amazon.com, Inc. or its affiliates