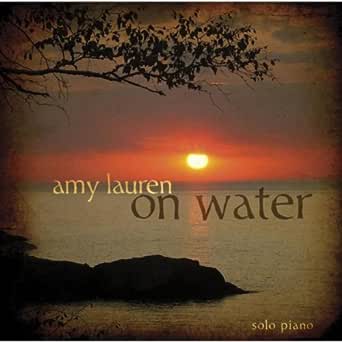 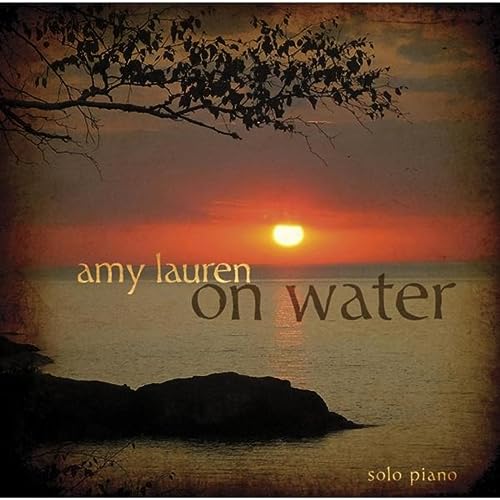 Sam
5.0 out of 5 stars Wish they had vinyl.
Reviewed in the United States on May 22, 2017
Verified Purchase
Very nice. Easy to listen to. Wish they had a vinyl version
Read more
Helpful
Comment Report abuse

Gary M. Copeland
5.0 out of 5 stars Very Relaxing
Reviewed in the United States on December 13, 2014
Verified Purchase
Very relaxing music to have in the background while reading or working.
Read more
Helpful
Comment Report abuse

Helen Holman
5.0 out of 5 stars wonderful CD
Reviewed in the United States on August 9, 2013
Verified Purchase
Really enjoy this CD. I have a stressful commute to work and this always helps to relax me. I enjoyed it so much that I purchased another of Amy Lauren's CDs.
Read more
Helpful
Comment Report abuse

Deborah Winter
5.0 out of 5 stars Beautiful piano
Reviewed in the United States on October 2, 2013
Verified Purchase
Love this Cd, very relaxing!
Amy Lauren plays a beautiful piano..
She is so talented I would buy more of her Cd's..

Michael Diamond
5.0 out of 5 stars Review excerpt from Music and Media Focus
Reviewed in the United States on June 21, 2013
The beauty of nature has served as inspiration for artists and musicians throughout time. One of these gifted souls is pianist and composer Amy Lauren, who hails from Wisconsin. As the title of her latest CD implies, the element of water is a primary theme of the album. According to Amy, it is based on the picturesque northern shoreline of Lake Superior and  the surrounding Great Lakes. A song called "Cedar Rush" is the first track, and opens with a stately introduction before moving into a more intimate feel that rises and falls like a leaf floating on gentle currents of air. A shift in the wind is discernable, however, on the next song entitled "Gales Of Indigo," where the mood is wistful and tinged with melancholy.

In keeping with the theme of water, a song entitled "Tahquamenon," as well as one called "Tannin Falls," evoke images of the spectacular waterfalls that are the centerpiece of a State Park in the eastern Upper Peninsula of Michigan that is named for them. Notes glide gracefully, picking up speed and velocity as the piece flows along. And the flow continues, right into the next song, the title track, "On Water." Languid liquid melodies drift and swirl evoking an aquatic ambience that buoyantly carries you along in its stream. In thematic contrast to the album's water imagery, is a song entitled "Fire and Flint," which starts out quietly and builds as it goes, eventually settling back down, much like the evolutionary arc of a campfire. While water is a primary theme of the album, by this song near the end of the album, all the four elements, earth, air, fire, and water have made their presence felt in the music. Perhaps even the fifth element is represented in the final track called "Carry This Soul," that conveys an energy of pure spirit and whose melodies reach toward the heavens. Comparisons to artists such as George Winston, Jim Brickman, Lorrie Line, and Wayne Gratz have been favorable. I'm sure that On Water, now Amy's sixth release, will join her previous albums as being consistently in the top of the new age music charts.
Read more
Helpful
Comment Report abuse

Kathy Parsons
5.0 out of 5 stars From MainlyPiano
Reviewed in the United States on March 21, 2013
"On Water" is the sixth solo piano release from Amy Lauren, and it's a beauty! The thirteen original tracks carry the themes of water and nature, conveying peace and tranquility via Lauren's elegant touch and flowing compositional style. A classically-trained pianist who chose her own compositional path, her collections of original lullabies, winter music, and other themes have soothed listeners of all ages from around the world. Lauren has also received numerous awards for her exceptional music - including consistent "Picks" on my own website. Lauren's music is wonderfully expressive, reaching into the depths of her soul to find the truths of her life experience. Her music is always accessible yet complex enough to reveal new layers no matter how often you listen to it. As much as I've loved all of Amy Lauren's previous albums, "On Water" is my favorite. The music flows effortlessly and would make a lovely backdrop for quiet activities, but do your ears a favor and savor each note.

"On Water" begins with "Cedar Rush," a sweetly simple piece that sets the tone of the album. Sometimes gently flowing and sometimes sparkling brightly, it's a great opener. "Gales of Indigo" is quite a bit darker and more dramatic - one of my favorites. "The Vineyard" is another favorite with its warm and graceful stories told in several sections where each expresses something different. "North Shore" picks up some momentum, conveying serenity as well as turbulence. For me, "The Field Dancer" describes a meadow ballet with grasses and wildflowers moving gently in the breeze - love it! The title track conveys the peaceful quiet of a still pond or lake - a profound calm and breathtaking beauty. "Takoda" translates to "friend of everyone," and this piece exudes a warmth and contentment that comes from an unburdened heart - in this case, the heart of a puppy. This is my favorite piece from this collection. "Carry This Soul" is a poignant and heartfelt prayer that brings this gorgeous album to a rich and satisfying close.

Although it's still early in 2013, "On Water" could easily be on my Favorites List for the year - solo piano at its best! Very highly recommended!
Read more
One person found this helpful
Helpful
Comment Report abuse
See all reviews