The Water of Awakening (The Eternal Dream Book 1) and millions of other books are available for Amazon Kindle. Learn more
Share <Embed>
Have one to sell?
Sell on Amazon 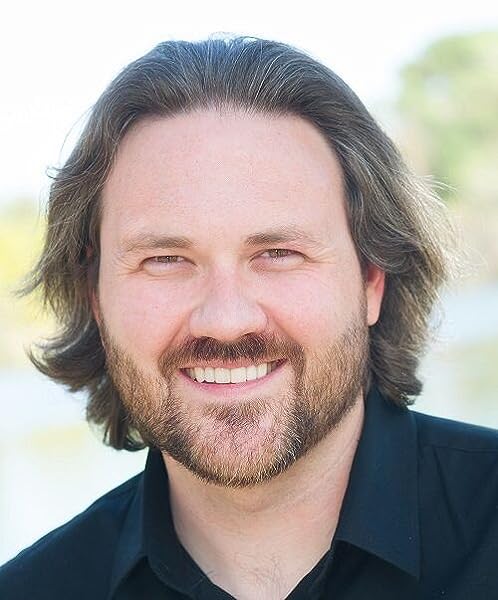 Start reading The Water of Awakening (The Eternal Dream Book 1) on your Kindle in under a minute.

Burke Lanthorn
5.0 out of 5 stars An entertaining tale in an interesting world. I love it!
Reviewed in the United States on January 27, 2018
Verified Purchase
I purchased this book for my Kindle after watching Stewart's videos on Youtube.

It is rare for me to write a review of a book I have not completed but I am only 30% into this one and feel compelled to tell people that they should read this book.

The story flows well and I am really enjoying the style. The standard creatures of fantasy are present - orcs, trolls, elves - and there are other creatures about whom we know much less to include speaking ravens and seer-like witches called volvas.

Somewhat jarring is that the individuals the protagonist, Helga, meets tend not to be malevolent, at least not in the main. People, elves, and orcs are helpful even moral. Helga herself relies on the kindness of strangers since her forestry and combat skills are subpar, at least at the outset of her adventure.

There are some editing errors. They do not detract from the story. At the price, for those minor issues, no complaints.

I am now 60% in and am really enjoying the story more. Stewart has dipped into Norse mythology to create and, I think, explain the supernatural in this world. Some interesting things have happened. Helga has been trapped in a place that passes through worlds as time does. She has also been throughly demoralized and betrayed. All bracing.

Small editing problems persist. Still, the story and the writing style are worth the money and time to read this book.

In fact, let me draw a quick comparison with The 'Kingkiller Chronicles.' In 'Water' Helga's love for her ailing husband is clear and palpable when described by Stewart. In 'Kingkiller' the protagonists' love for his muse is vacuous, shallow, and unrequited - she is a prostitute! In 'Water' Helga is lucky, escaping faerie lands with help and luck. In 'Kingkiller' the protagonist beds a faerie who kills men with pleasure or keeps them as play things. The protagonist, uniquely, survives the lusty throes then again, uniquely, outsmarts the ancient faerie and gets a magic cloak to boot!

The conclusion of 'Water' was enjoyable. Tension was built and maintained well, I think. The characters were developed nicely. Overall an enjoyable read which I consumed rapidly.

Of note, people and animals tend to be good and helpful in this tale. Frequently, fantasy works are populated with malevolence - a Dungeons and Dragons approach to fantasy where the only avenue of experience and growth is through killing enemies. Not so in 'Water.' People are helpful, animals are generally helpful, and eternal beings are helpful. The only real enemies are the undead and those creatures seeking to steal human traits from the living.

I'm certain there is an excellent message there.

Teacher Mom
5.0 out of 5 stars Never a Dull Moment
Reviewed in the United States on February 8, 2020
Verified Purchase
I expected this book to be good and I was not let down. It was actually better than I expected. There never seemed to be a dull moment. The story hits the ground running the characters were interesting and well written with a fair amount of room for lore if the author ever chooses to create a spinoff.

I’m a casual reader and don’t do it as often as I used to. Listening to David inspired me to pick up reading again so, thank you David for the inspiration and a great stack of books for getting back into it.
Read more
Helpful
Report abuse

D. Roe
3.0 out of 5 stars Fairy tale style high fantasy in desperate need of an editor
Reviewed in the United States on January 10, 2018
Verified Purchase
This story is told in a more high fantasy Tolkienesque style, with a more old school fairy tale feel to the language, pacing and style of the story. There are clear connections between Lord of the Rings in this and this, from the adventure traveling bulk of the story, the homecoming troubles, and other incidents as the heroine, Helga, returns after completing the hard part of her quest.The problem, however, is that the book desperately needs an editor. There are huge numbers of errors almost at least one on every page. There are inconsistencies with characters, particularly the main character, but also others.

There are also a couple of apparent contradictions in the way magic works in the story, and a ton of deus ex machina to save the heroine, who is blindingly stupid and needs all that divine intervention to save her...repeatedly...because she ignores all the excellent advice given to her throughout the book.

One reviewer said it has poor world building, but I have to disagree a lot on this one. The author spends a lot of time explaining in a fairy tale way the world, what magic is, how it roughly works, and so on. Furthermore, this is a Tolkien style modern fairy tale adventure, and as such, it will not be a series of lectures about world history and the mechanics of magic and everything else, fortunately. There's nothing worst in a fiction story than getting lectured for a hundred or more pages, which a lot of writers these days seem to confuse with story telling. The only problem with the world building is that magic's limitations are not at all defined. We know using it is exhausting after a while, and that some people are stronger in it that others, but that's about it. To say that this alone is poor world building is just not true.

Finally, the ending is very unsatisfying and just seems to fall off, as if the author ran out of things to say, or as if he wants to leave it a bit open for a sequel. The homecoming itself is a bit confusing, because we learn all sorts of rather amazing things about Helga and her husband that would have been useful beforehand, as if the author just made this up just right now. It's almost as if the author did not know how we was going to end the book until he got there, and changed around a couple ideas he had previously entertained.

Despite its problems, and its desperate need of editing, the book is actually well written, when it's not a mess. The prose is poetic at times, the author can make a great turn of phrase on occasion when describing the world. If you can forgive editing slip ups (because the editing issues is less about grammatical problems and more about repeated phrases, missing words and a few inconsistencies), and enjoy this style of book, then it's an enjoyable read.
Read more
5 people found this helpful
Helpful
Report abuse

Robert DeFrank
4.0 out of 5 stars An old-school fantasy quest
Reviewed in the United States on January 11, 2020
Verified Purchase
A fun book and a call-back to Tolkien’s The Hobbit and other old-fashioned heroic quests. The tale has a fairy-tale feel that fantasy lovers will appreciate, and a more complex background struggle that takes more momentum as the heroine pursues her foreground quest.
Read more
Helpful
Report abuse

jonuiuc
5.0 out of 5 stars Nice surprising fairy tail type story.
Reviewed in the United States on June 27, 2018
Verified Purchase
Another good book from the very good David Stewart. Has that fairy tail feel, but offers up some surprises. There are some spots where I found events a bit muddled, but overall I enjoyed the story very much.
Read more
Helpful
Report abuse

Luxury yacht
5.0 out of 5 stars Fantastic Tale
Reviewed in the United States on April 20, 2018
Verified Purchase
Compelling characters set in a classic story setting. A heroes journey tale with enough twists to make a good read from start to finish. The dialogue between the crows and heroine were particularly great. Any fantasy reader would appreciate this book.
Read more
One person found this helpful
Helpful
Report abuse

Matt E
4.0 out of 5 stars Great story, very compelling
Reviewed in the United States on October 27, 2019
Verified Purchase
One criticism I have is that the proof reading wasn't up to scratch in a number of places and the cover frays a bit along the seams, but otherwise I couldn't put it down.
Read more
Helpful
Report abuse
See all reviews

Deneyer Françoise
4.0 out of 5 stars A fairy tale for adult
Reviewed in France on August 4, 2018
Verified Purchase
I discovered David Stewart through his youtube channel and it quickly became very clear to me that he knows a lot about story telling so I had to buy one of his books. This one appealed to me more than the others. I really enjoyed reading it, what seems to start as a classical fantasy novel quickly leads us to a very interesting and original adventure that makes us discover a world full of wonders and mysteries. It felt like reading a fairy tale for adults and I ended up reading a lot of it. The only reason why I give it 4 stars instead of 5 is because it sometimes felt a bit rushed but it didn't stop me in any ways from enjoying it. So if you like fantasy novels and great adventure, don't hesitate, it's great and this writer needs more recognition.
Read more
Report abuse
See all reviews