You've subscribed to A Little Mermaid Reverse Fairytale! We will preorder your items within 24 hours of when they become available. When new books are released, we'll charge your default payment method for the lowest price available during the pre-order period.
Update your device or payment method, cancel individual pre-orders or your subscription at
Your Memberships & Subscriptions
There was an error. We were unable to process your subscription due to an error. Please refresh and try again. 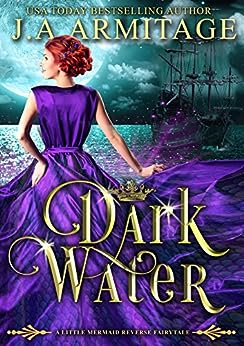 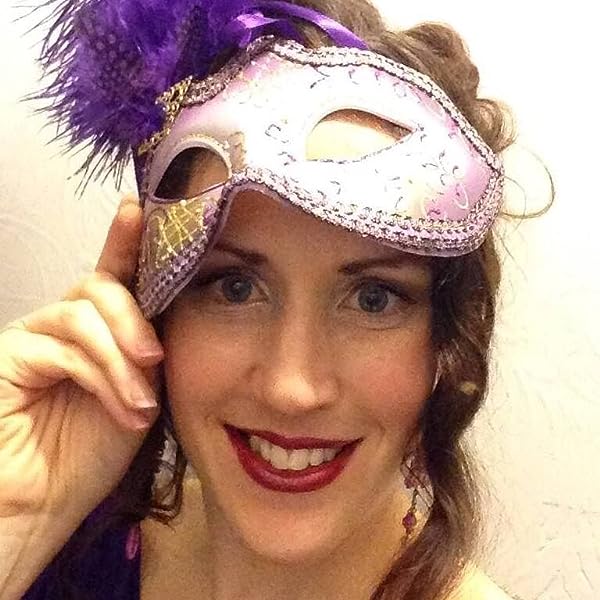 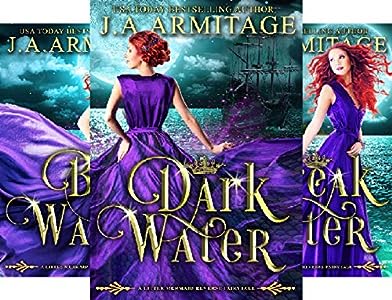 Join J.A. Armitage's Newsletter For:To sign up & claim a free book click here, or copy and paste this site address into your browser's address bar: subscribepage.com/v7o8k4
You can also stalk me here:
MY READING ARMY - This is where I work with you in the form of ARC and Beta readers and you get to help me decide which books to write➔facebook.com/groups/1611969385769159/
BLOG - Read my posts about my books and what I'm doing here ➔jaarmitage.com/blog
PERSONAL FB PROFILE - Follow me to see what I get up to in my day to day life here➔facebook.com/jarmitagetheauthor
AMAZON FOLLOW - If you want Amazon to automatically notify you via email with a link every time I push publish, click the yellow tab under my author picture here ➔amzn.to/2sKUmJh
TWITTER FOLLOW - I tweet about special deals, giveaways, and my writing progress on Twitter, follow me here➔twitter.com/armitageauthor
INSTAGRAM - Follow me on IG ➔ instagram.com/jarmitagetheauthor/
AMAZON If you want to buy my books ➔ amzn.to/2sKUmJh

4.1 out of 5 stars
4.1 out of 5
63 global ratings
How are ratings calculated?
To calculate the overall star rating and percentage breakdown by star, we don’t use a simple average. Instead, our system considers things like how recent a review is and if the reviewer bought the item on Amazon. It also analyzes reviews to verify trustworthiness.
Top reviews

Emily Pennington
TOP 500 REVIEWER
5.0 out of 5 stars Awesome Reversal !!!
Reviewed in the United States on June 19, 2018
Verified Purchase
As her first official royal engagement, Princess Erica was standing on the docks in preparation for launching The Erica Rose, hoping the bottle of champagne she swung would not totally miss the mark! Sir Hayden Harrington-Blythe, a lifelong friend, whispered to her that she was supposed to let go of the bottle! Giving him a look reserved just for him, she did so and the ship was officially launched. She had always dreamed of sailing on the ocean, but her parents were deathly afraid and kept her well away. It was actually her mother who was terrified of the sea; she claimed she had almost drowned as a child. To her surprise, her father told her the ship was her birthday present, and she could “look at it” anytime she wanted! Only her mother caught the disappointed look.

Hayden tipped his head toward the ship and mouthed “Do it”, knowing how Erica wanted to be on her ship. Without further thought, she broke away from her parents and jumped from the dock. But she miscalculated and plunged under the water! The weight of her dress pulled her down. Then the crew of the ship threw a life ring to her and hauled her aboard. A squall was coming and Captain Jackson had hoped to get ahead of it; but now he would have to turn them around and head back to port. But as the storm worsened, the shore got further away! The ship was tossing violently and Erica was led to the Captain’s cabin for safety. Items were crashing and water came in under the door. As she turned, she saw the porthole was under water – they were SINKING!!

Erica opened her eyes as someone was breathing into her mouth. He turned her to her side as she brought up ocean water. When she looked up, she saw a gorgeous man in front of her. Up on the cliffs, she heard someone call “Princess”. She passed out and woke again in the palace infirmary. Why will no one believe her when she tells them of the man who saved her life?

As her parents prepare her for the ball in her honor, Erica again meets the handsome stranger, there to greet her with all the honored guests. When she finishes dancing with Hayden, she seeks the stranger, finally going outside where she sees him on the beach. She joins him and he kisses her and dances with her. Then he mysteriously disappears. Who is this man? Why does he draw her to the sea?

This was an excellent retelling of the Little Mermaid, with appropriate twists and turns for our enjoyment! The pacing of the story was perfect, giving the reader the tension of the storm experience, and the relaxation of the grand ball, at which Erica meets the handsome stranger again. I couldn’t stop myself from sighing deeply at how I imagined them falling in love. Don’t miss this wonderful book! It will take you back to your childhood with an adult’s perspective. You’ll love it!
Read more
5 people found this helpful
Helpful
Report abuse

L. Braun
2.0 out of 5 stars F-bomb
Reviewed in the United States on January 8, 2019
Verified Purchase
I guess I downloaded this because it was a reverse fairy tale, and I thought it might be interesting. Unfortunately, it only reminded me why I don't bother with these adaptations. Instead of basing it on the original Anderson story, Dark Water is pure Disney, right down to the merman being named Ari-El.

The writing isn’t horrible, but Armitage has this annoying habit of recapping and explaining what we just read. And the redundancies. I lost count of how many times Erica said she and Hayden were only friends and had no romantic feelings for each other.

The further I read, the more convoluted the story became, probably because Armitage was trying to insert a fresh twist. I suspect she was heading toward Erica's mother being Disney's Ariel, but I quit reading in chapter 19. That’s when Armitage dropped her first F-bomb. The book is listed under Teen, but I wouldn't recommend it for that reason. Up till then, it had been relatively clean.

But I’ve read stories all the way through despite F-bombs, so I suppose the real reason I quit is because I lost interest. I might have skimmed just to see how it turned out, but I kind of prefer my own ending. In my version, the sea witch takes Erica’s beautiful body as her own, kidnaps Hayden, and turns both him and Ari-El into her love-slaves. And they all live happily ever after.
Read more
Helpful
Report abuse

AA
1.0 out of 5 stars Flat Characters
Reviewed in the United States on December 16, 2018
Verified Purchase
I tried to read through the book but was sorely disappointed at every chapter. The characters were flat and not believable. There's an unnecessary breakfast scene where the main character teaches Air how to put jam on a croissant but the scene where she meets her grandfather is short and pointless. And ultimately many of the scenes were like that: pointless. I couldn't waste any more time on such a pointless book.
Read more
One person found this helpful
Helpful
Report abuse

Kalli
5.0 out of 5 stars such an amazing twist!!
Reviewed in the United States on June 19, 2018
Verified Purchase
I didn't expect Dark Water to twist the way it did. This version of The Little Mermaid is amazing and very well written! It's a reverse twist where Ari is a mer-man and Erica is the Princess of the Kingdom. She wants nothing more than to sail the open seas, but her mother is terrified of the water ever since she nearly drowned as a child, and because of that, she has never allowed her children near the ocean. On Erica's birthday, she is given a ship named for her, but she can never step foot on it, so she decides to jump onto it as it's sailing away. That's what starts everything. I loved this book and I can't wait for more!!
Read more
2 people found this helpful
Helpful
Report abuse

Holly Lenz
4.0 out of 5 stars A clever take on the Little Mermaid
Reviewed in the United States on June 27, 2018
Verified Purchase
Dark Water is a clever take on the Little Mermaid that turns things upside down. The story is engaging; however, it sometimes felt like the lead character didn't have a lick of sense, throwing herself into dangerous situations without thinking them through. This is the first part of a series, and I will enjoy seeing how things work out. I hope she learns to plan things better before she gets eaten by a shark!
Read more
One person found this helpful
Helpful
Report abuse

Liberrian
5.0 out of 5 stars Can't Wait
Reviewed in the United States on July 3, 2018
Verified Purchase
This is another fairy tale with a twist. In this one, Erica is the princess who is forbidden to go out on the ocean (even though that's where she wants to be). Ari-el (really?) Is the merman who loves her.
The book is fast-paced and witty. There are some humorous moments and some unbelievably tense moments. This is everything a fairy tale should be and more. I can't wait for the sequel Blue Water.
Read more
One person found this helpful
Helpful
Report abuse

Sue
5.0 out of 5 stars Pretty cool
Reviewed in the United States on March 17, 2019
Verified Purchase
This was a great reverse story of the little mermaid. It wasn’t predictable either. Even though the characters were all there it was completely different Erica and Ari-El were entertaining.
Read more
One person found this helpful
Helpful
Report abuse

Kindle Customer
5.0 out of 5 stars Cool!!
Reviewed in the United States on November 23, 2019
Verified Purchase
The switch was cool! I enjoyed this one and will look for more. Ari's name wasn't lost on me. Liked his pet.
Read more
One person found this helpful
Helpful
Report abuse
See all reviews