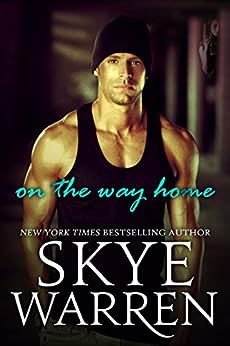 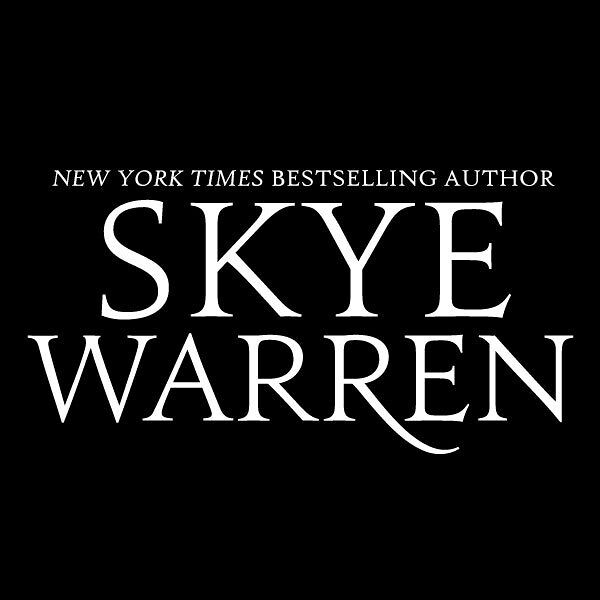 On the Way Home: A Romantic Suspense Novel Kindle Edition

Praise for On the Way Home:

"ON THE WAY HOME is yet another extraordinary story from Skye Warren and I loved every moment of it." - The Romance Evangelist

"Skye Warren has literally taken the best of all literary worlds and put them into what is the best book ever! It's hard to incorporate all themes and genres into one book but she mastered this! This book is full of mystery, intrigue, love, sex, heartbreak and overall awesome writing." - Summer's Book Blog

"So Clint and Della have to be the hottest pick me up at the airport and bring me home to kink me hookup ever...I loved On the Way Home!" - She Hearts Books

"Skye Warren has created a unique romantic suspense that edges on the dark side but is safe for lighter readers as well. With a good balance of sexual heat and story, this book delivers." - Guilty Indulgence Book Club

Thank you for reading! <3

Justirishgirl
5.0 out of 5 stars Loved the book & loved the hero Clint for many reason including that he was open minded
Reviewed in the United States on November 17, 2014
Verified Purchase
I loved this book. I know that Skye Warren is known for dark romances but I am glad that this book was not. It was a pleasant surprise. I love the hero Clint. Clint was not a jerk. He was not a manhoe. While he had a troubling childhood, he was not abused or rape. He was not conflicted. He was a nice guy who put the heroine, Della's safety above his own. Also he would not give up on her despite what she did to him. Clint showed Della how much he loved her by his actions.

Also I really liked that Clint was able to let Della take the lead in the bedroom. He was the typical alpha when it came to most things but in the bedroom, she was the dominate one. He was open to sexual experiences that other straight men would not be. He was willing to do these things because of her. I found it a turn on as opposed to a turn off, which surprised me. I am a vanilla girl and vanilla reader. I prefer that books do not contain whipping, spanking, or anything like that. I have only found a handful of books that I like that contain these elements. With those books I have liked him despite those elements. Here, Della did not hit him but did tie him up. She also gagged him and used blindfolds. In addition she used toys on him including anally. Clint enjoyed it and was not physically harmed or scarred as a result of it and so I did not have a problem with it. I liked that Della, even though she was the dominate one during sex, was very feminine. She was soft spoken, dressed in skirts, dresses and heals and was slender and petite, the complete opposite of Clint who on the outside was a manly man. I am hoping that the author occasionally continues to write books like this one.

Midnight Attic Reader
4.0 out of 5 stars On the Way Home
Reviewed in the United States on May 22, 2014
Verified Purchase
Clint is coming home after a deployment, with no ride and nowhere to go because his girlfriend dumped him over text message . . . luckily the flight attendant, Della, sees him lingering uncertainly by the curb and offers to give him not only a ride, but also a place to stay for awhile . . . it almost seems too good to be true . . . good thing he doesn't know that he is the compensation needed to get her sister out of captivity. Della's internal debate over whether to turn Clint over not, was great, and his intuitive abilities didn't help things on her end any. I really liked this story, I just thought Della got off incredibly easy in the end . . . Clint is the most selfless and understanding person in the world (almost beyond belief), but I loved that about him and that's also kind of what made the story really good. Good Read!
Read more
One person found this helpful
Helpful
Report abuse

Erika Lang
5.0 out of 5 stars Another great read
Reviewed in the United States on April 30, 2018
Verified Purchase
This was another great read from Skye Warren she has yet to disappoint me. She writes strong Leading men and women who can be so relatable and Della and Clint were just that. Clint was so sweet and understanding with Della even with what she did to him. Della was great cause even though she wanted to save her sister she also wasn't sinister enough to really want to sacrifice Clint. The story was fast paced and flowed so wonderfully. I really enjoyed getting to read Clint and Della's story.
Read more
Helpful
Report abuse

Julie
4.0 out of 5 stars Yum, the hottie on the cover...
Reviewed in the United States on December 5, 2018
Verified Purchase
This was very entertaining yet disturbing as well with Dela's past. It was definitely hot but dang, the sex scenes I was visualizing, as strong and hot as the man on the cover, it really did the opposite of turning me on, the visuals just took all that hotness and strength away *snort* that aside? Very good read.
Read more
Helpful
Report abuse

eBook Addict
3.0 out of 5 stars Realistic, spicy, but a bit of a miss for me.
Reviewed in the United States on September 2, 2014
Verified Purchase
Skye Warren is one of those hit-and-miss writers for me. This one bordered on a miss. I liked the hero, Clint, but I couldn't warm up to the heroine, Della. As is often the case with this author, there was an overlay of desolation with the whole story that is realistic but sometimes hard to read. Of course, it's very well written and the intimate scenes deliver with Warren's trademark spicy realism. If you like her style, you'll probably love this.
Read more
2 people found this helpful
Helpful
Report abuse

Metalmomma
3.0 out of 5 stars 3.5 Stars. Entertaining but not a favorite of Skye Warrens books.
Reviewed in the United States on January 20, 2015
Verified Purchase
3.5 stars. I have loved some of her books, Beauty and the Beast and Wanderlust to name two. This one fell short for me because I never really felt a strong connection to either of the main characters. This was Not a dark romance in my opinion and I am not certain why it is being portrayed as such.
Read more
Helpful
Report abuse

For all the things going on with our two main characters, their story is nothing short of beautiful, just beautiful in it's own perfect way