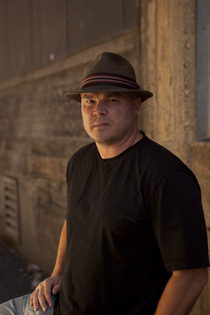 by Derek Haas (Author)
4.3 out of 5 stars 29 ratings
See all formats and editions Hide other formats and editions
Read more Read less
Inspire a love of reading with Prime Book Box for Kids
Discover delightful children's books with Prime Book Box, a subscription that delivers new books every 1, 2, or 3 months — new customers receive 15% off your first box. Learn more.
click to open popover

"‘You're not going to like me when this is over,’ Haas’s hit man warns his readers. Maybe not, but you won't be able to avert your eyes from a single scene in this stripped-down, dead-eyed, professional-grade actioner.", Kirkus Reviews

"Haas succeeds at making our slightly evolved Columbus as intriguing (and screen-worthy) in this fifth episode as he was in our first dangerous glimpse of him.", Booklist (starred)

"The beauty of Haas’s prose comes from his understanding of the economy of language. The writing in this book is sharp and to the point. Columbus is now easily recognizable as one of the best antiheroes in contemporary crime fiction.  A very entertaining read. In the era of bloated thrillers, a book like The Way I Die is refreshing. It is quick, brutal, and packed with moments of self-reflection and tenderness. Furthermore, it proves that Haas is still in fine form and producing the kind of explosive literature that has made him a household name.", Criminal Element

"Introduces a plot that takes this self-exiled assassin to the Pacific Northwest to protect a software inventor from being eliminated by persons or governments unknown. But there’s no time to linger on the particulars when Columbus is stocking up on the latest weaponry and getting ready to face a killer as cool as he is." -- Marilyn Stasio, The New York Times Book Review

"A tense, tightly coiled plot that erupts with action on almost every page. Although Copeland’s last outing was three years ago, Haas seamlessly picks up the mantle of his character, quickly re-establishing the world of his assassin. Amid the solid action, Haas also explores Copeland’s identity crisis. Is he the cold-blooded killer Columbus, or the reinvented Copeland? Is he “the sword” or “the armor”? he wonders.", Mystery Scene Magazine

"Haas’s absorbing fourth thriller featuring the contract killer known as Columbus tests the proposition expressed in the book that 'lies are popular and truth is the uninvited guest who spoils the party.' The well-constructed conclusion packs a powerful punch.", Publishers Weekly

Derek Haas is the author of the novels The Silver Bear and Columbus. Derek co-wrote the screenplays for 3:10 to Yuma, starring Russell Crowe and Christian Bale, and Wanted, starring James McAvoy and Angelina Jolie.  His latest film, The Double, starred Richard Gere and Martin Sheen.  Derek lives in Los Angeles.

4.3 out of 5 stars
4.3 out of 5
29 global ratings
How are ratings calculated?
To calculate the overall star rating and percentage breakdown by star, we don’t use a simple average. Instead, our system considers things like how recent a review is and if the reviewer bought the item on Amazon. It also analyzes reviews to verify trustworthiness.

Blue in Washington (Barry Ballow)
VINE VOICE
4.0 out of 5 stars Good novel of suspense
Reviewed in the United States on May 27, 2018
Verified Purchase
Starts with the premise that the best way to protect someone from assassination is hire a better assassin as a bodyguard. A Silicon Valley tech tycoon is under threat from several possible sources, including a Russian oligarch, who want to steal a promising new application. A professional assassin known in the trade as Columbus is brought out of self-imposed exile to fend off the killers. The storyline becomes increasingly original and interesting as the guardian goes to work. Clever plot and even better conclusion.

Ingrid Tabash
1.0 out of 5 stars A terrible NYT recommendation
Reviewed in the United States on May 24, 2018
Verified Purchase
This sorry book was recommended by the the NYT thriller section. And they foisted a turkey on the public. A story about a contract killer who is hired to protect a man and his sons, the dialogue, plot, dime store philosophy, and senseless gratuitous violence might be worthy of an 8th grader, not a recommendation from the New York Times. I absolutely despised this book and warn any discerning reader to avoid it.
Read more
Helpful
Comment Report abuse

John Mayfield
5.0 out of 5 stars Great read!
Reviewed in the United States on April 28, 2018
Verified Purchase
Always enjoy Mr. Haas' books (and movies and TV shows). Good to get another fix of Columbus; it's been too long. Would love to see him on the large screen.

This installment follows the others in that it is tightly written with great characters and lots of action. Couple of great twists and turns.

Julie Jumonville
5.0 out of 5 stars Ahhhmazing, must read!
Reviewed in the United States on April 27, 2018
Verified Purchase
I have been patiently waiting for this new book and literally could not put it down. Loved seeing the hint of a human side to Columbus and the introduction of Peyton. Not sure how I have fallen in love with a hit man but it has happened. My only complaint Derek Haas is now I have to wait for the next book:). This is definitely a must read, you will not put it down.
Read more
Helpful
Comment Report abuse

Zoellner18
5.0 out of 5 stars Five Stars
Reviewed in the United States on April 7, 2018
Verified Purchase
Derek Haas Never disappoints in his books! I couldn’t put it down when I started reading!
Read more
One person found this helpful
Helpful
Comment Report abuse

RCT
5.0 out of 5 stars My favorite Haas book so far.
Reviewed in the United States on May 8, 2018
Verified Purchase
I have read three of this series, and this one, which works well as a stand-alone entrance into the series too, is my favorite. There's real energy in the writing, and Haas obviously has control over a very complicated character--one who we root for despite his troubling flaws. Great, fun, engaging, fast read.
Read more
Helpful
Comment Report abuse

J. Graham
5.0 out of 5 stars Columbus is back
Reviewed in the United States on February 8, 2019
Verified Purchase
Derek Haas is such an amazing writer.the story is new and fresh. The Chester development was superb. I really enjoyed the book and look forward to the next one.
Read more
Helpful
Comment Report abuse
See all reviews
Pages with related products. See and discover other items: pegasus books