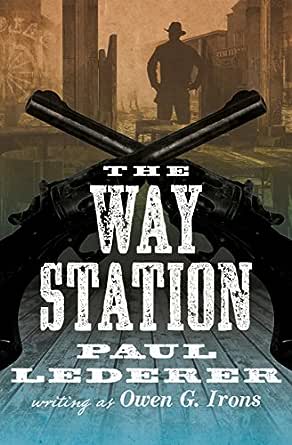 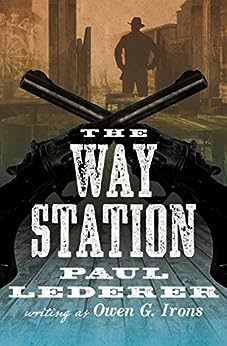 Paul Lederer spent much of his childhood and young adult life in Texas. He worked for years in Asia and the Middle East for a military intelligence arm. Under his own name, he is best known for Tecumseh and the Indian Heritage Series, which focuses on American Indian life. He believes that the finest Westerns reflect ordinary people caught in unusual and dangerous circumstances, trying their best to act with honor.

Charles van Buren
TOP 500 REVIEWER
4.0 out of 5 stars Well written Western
Reviewed in the United States on July 15, 2018
Verified Purchase
This short novel was originally published under Lederer's pen name, Owen G. Irons. He wrote over 100 books according to some sources. Goodreads says he wrote over 250. Either way, he was a prolific author, mostly in the Western genre. I read an interview in which he referenced a statement by Louis L'Amour that if a book is set east of the Mississippi, it's a historical novel. West of the Mississippi, it's automatically a Western no matter what it is about. Lederer wrote both traditional westerns and historical novels in settings west of the Mississippi. He also wrote a well received Indian Heritage group of novels.

The Way Station is a traditional sort of Western about an aging gunfighter and his wife who try to leave that life by taking a job running an isolated desert stage line way station. Of course wanting to leave the past behind and actually doing it are two different things. Near the end, the wife says, "There's violence in towns, in the city, on the empty land. It's a shame and a pity, but you can't hide from it wherever you are." And that is pretty much the point of the book.

The novel is well written with interesting, if sometimes predictable, characters. The only real problem I had with it was inaccurate firearms information. I have said it before, if you don't know weapons, avoid trying to write specifics. Stick with general statements. Rather than writing she drew her Remington Russian revolver, just say that she pulled a revolver.
Read more
Helpful
Comment Report abuse
See all reviews