The Wayfinders: Why Ancient Wisdom Matters in the Modern... and millions of other books are available for Amazon Kindle. Learn more 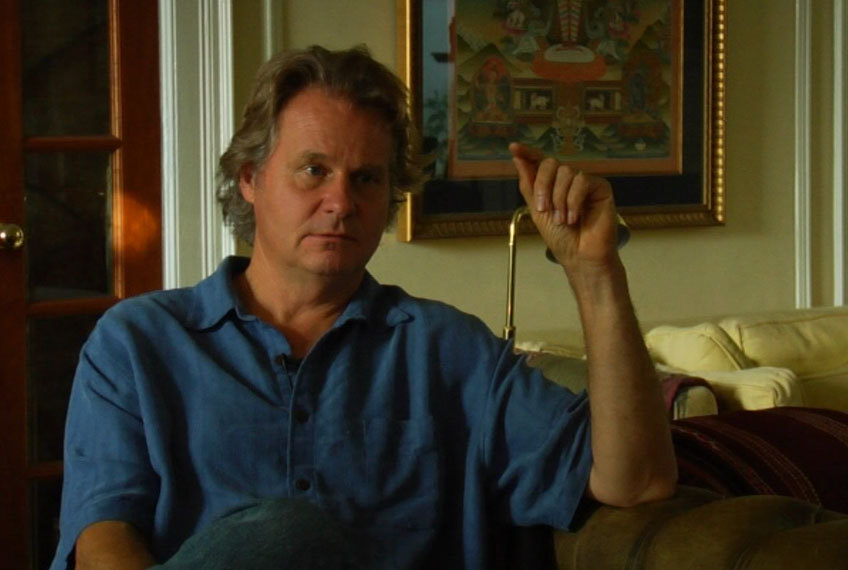 The Wayfinders: Why Ancient Wisdom Matters in the Modern World (The CBC Massey Lectures) Paperback – October 13, 2009

by Wade Davis (Author)
4.7 out of 5 stars 302 ratings
See all formats and editions
Sorry, there was a problem loading this page. Try again.

Wade Davis is professor of anthropology and the B.C. Leadership Chair in Cultures and Ecosystems at Risk at the University of British Columbia. Between 1999 and 2013 he served as Explorer-in-Residence at the National Geographic Society and is currently a member of the NGS Explorers Council and Honorary Vice-President of the Royal Canadian Geographical Society. Named by the NGS as one of the Explorers for the Millennium, he has been described as “a rare combination of scientist, scholar, poet and passionate defender of all of life’s diversity.” In 2014, Switzerland’s leading think tank, the Gottlieb Duttweiler Institute of Zurich, ranked him 16th in their annual survey of the top 100 most influential global Thought Leaders.

Start reading The Wayfinders on your Kindle in under a minute.

4.7 out of 5 stars
4.7 out of 5
302 global ratings
How are ratings calculated?
To calculate the overall star rating and percentage breakdown by star, we don’t use a simple average. Instead, our system considers things like how recent a review is and if the reviewer bought the item on Amazon. It also analyzes reviews to verify trustworthiness.
Top reviews

DrakenX9
5.0 out of 5 stars A Celebration of the Ethnosphere
Reviewed in the United States on May 5, 2016
Verified Purchase
The profoundity, subtelty and literary brilliance of this book are hard not to extol. ¨My goal,¨ Wade Davis writes, ¨was not to document the exotic other, but rather to identify stories that had deep metaphorical resonance, something universal to tell us about the nature of being alive.¨ This goal is the main current that courses through the peaks and valleys of the book -- the mosaic of stories put together to shed luminous light on the theme of what it means to be alive and to be human. Reading without this objective in mind, I think it is easy for many to lose sight of the purpose of the many stories in the Wayfinders: to challenge through the tools of ethnography, history, and philosophy the belief in the objectivity of certain paradigms of life. The existence of a ¨paragon of humanity¨ or an ¨objective standard of living¨ or ¨modernity¨ -- ideas often taken for granted as being universal across socio-cultural contexts -- are beautifully analyzed in light of the many histories and cultures Wade Davis explores throughout the Wayfinders. His analysis, apart from being beautifully and often poetically articulated, leaves us with a set of penetrating insights that challenge and problematize our all-too-common views of the urban/rural divide, beliefs about who is advanced and who is primitive, and lead us to a conclusion that, I think, we all know in our hearts is and always has been true: ¨that all peoples ought to have the right to choose the components of their lives,¨ whether that is how they choose to see the world, the way of life they choose, or even the languages they seek to preserve. I sincerely believe that this a book which will be celebrated for decades to come, and one which has made a worthy contribution to the collective consciousness of many societies in a world dominated by the forces of Westernization and globalization. Thank you, Wade.
Read more
27 people found this helpful
Helpful
Report abuse

Ryan Murdock
5.0 out of 5 stars Davis reminded me of what got me interested in anthropology over 20 years ago, and why I started travelling...
Reviewed in the United States on March 22, 2017
Verified Purchase
A wonderful and important book that celebrates human diversity while at the same time warning of a rapidly accelerating global loss of culture that threatens our survival as a species, while at the same time transforming the world into a vast Western monoculture driven by industry, consumerism, and the misguided notion that there is only one true, "progressive" way to live.

Highly recommended. Davis reminded me of what got me interested in anthropology over 20 years ago, and why I started travelling
Read more
15 people found this helpful
Helpful
Report abuse

Starboard Home
5.0 out of 5 stars Beautiful, important, enlightening.
Reviewed in the United States on August 10, 2020
Verified Purchase
Beautifully written.
Important in its mission of discovery.
Enlightening for anyone who wonders if "modern civilization" focuses on what matters most.

Good for National Geographic to have someone like Wade Davis to investigate and collect what's left of indigenous cultures and peoples. There is heartbreak in the realization of how much the homogenization of internationalization and the high-speed morphing of momentary pop cultures.
Read more
2 people found this helpful
Helpful
Report abuse

Austin Hagwood
5.0 out of 5 stars A Fascinating Constellation of Cultures
Reviewed in the United States on June 5, 2016
Verified Purchase
Birdcalls echo in the rainforests of Borneo as the Penan hunter crouches before a kill. Inuit glide across the wind-scoured ice. Kogi priests traverse Colombian coral reefs and cloud forests to learn contours of the landscape entrusted to their care. In the published edition of his five Massey Lectures, Wade Davis seeks to answer the question “What does it mean to be human and alive?” with portraits of culture spanning centuries and terrain. It’s a rare work of anthropology illustrating the vitality of human imagination from Himalayan peaks to the southern sea; Davis brings new attention to peoples still practicing ancient arts and writes with the voice of a lyrical novelist. Anything but a detached textbook, it remains a work as fascinating as it is beautiful to read. And in depicting new dreams of the Earth, Davis presents one of his own.

Why do we speak the languages we do? How did humanity journey out of Africa millennia ago and come to settle every corner of the habitable world? In examining the planet’s constellation of cultures, Davis argues that thousands of languages and millions of lifeways are as threatened as species comprising the biosphere. The loss of either has equal significance for the flourishing of our world. To read his book is to discover a love letter to our species and develop a new understanding of the diversity of human endeavor. The images are robust: San sipping water from ostrich eggs beneath the sweltering Kalahari sun, a steadfast wayfinder aboard the open-decked Hokule’a crashing through waves on a journey across the Pacific and into the Polynesian spirit, travels into the jade canopy of the Amazon rainforest - realm of the jaguar shaman. A former National Geographic Explorer-in-Residence, Davis writes from firsthand experience based on decades of fieldwork and creates a sense of eyewitness any travel writer would envy while never deviating from scholarly precision.

As a historical text, the book is exhaustively researched and includes an annotated bibliography with years of reading material for those interested in anthropology and natural history. While acknowledging Western culture’s triumphs and contributions, Davis also explores the consequences of colonialism. Losing connection with other ways of living carries environmental and psychological costs, and the character of culture is inextricably linked to the spirit of place. The Tendai marathon monks of Japan, Andean pilgrimages, or Songlines of Aboriginal Australia represent exquisite achievements in human thought, and Davis interrogates the extent to which a singular culture produces a singular mindset. Yet the book remains hopeful. Why does Davis have faith in our ability to mend ages of destruction? Because of the tenacity and ingenuity of the human journey he himself celebrates. An unforgettable read both for the energy of its author and the poetry of its language, The Wayfinders inspired me to pursue anthropology more than any other text.
Read more
12 people found this helpful
Helpful
Report abuse

M. G. ASHBY
5.0 out of 5 stars WONDERFUL BOOK!!
Reviewed in the United States on February 15, 2017
Verified Purchase
This is a wonderful book. I also found the video online with the author giving a lecture about his investigations into other cultures.

The chapter about the ability of the Polynesian people to navigate the oceans without any tools other than their passed-down knowledge and innate sensibilities is mind-blowing.
Read more
12 people found this helpful
Helpful
Report abuse
See all reviews

Harry Wass
5.0 out of 5 stars good
Reviewed in the United Kingdom on December 17, 2018
Verified Purchase
amazing book. seller sent out in good time with no quarms.
Read more
Report abuse

666albertastarr
4.0 out of 5 stars so glad to have read this book
Reviewed in the United Kingdom on March 2, 2014
Verified Purchase
I first heard about this from a book group and right away knew that I would want to read it and wanted my husband to read it too. This is a very important book - powerful and easy to read.
Read more
Report abuse

Linda Wainwright
5.0 out of 5 stars Important Theme & Writing that Flows
Reviewed in Spain on July 4, 2021
Verified Purchase
Reading Wade Davis reminds me in a way of how I felt about certain pop stars when I was in my early teens. I am overwhelmed by his writing talent, but even more overwhelmed by his intellect.....much better reasons to be so enthusiastic than about the dulcet tones of Elvis.....but I am certainly a "fan." His writing flows, and although his language is intelligent, it's also very readable. I would guess that his passion for his subjects beams through. Not the first, nor the last of his books for me, and the subject matter? I think the subtitle sums it up, "Why Ancient Wisdom Matters in the Modern World." The book is well described on its back cover, so you don't need anyone like me to tell you more - except that Wade Davis is an exceptional mind, and a thorough researcher, so his words have authority as well as beauty.
Read more
Report abuse

John Anderson
5.0 out of 5 stars Passion with evidence
Reviewed in Canada on June 10, 2015
Verified Purchase
A very impressive book which champions the knowledge and cultural practices of non-Western societies. Davis might be accused by some abstract empiricists of having "gone native" for his passionate, "unscientific" voice , but there's sufficient documentation for his claims to bury that critique. He may make most of us feel somewhat responsible for the decimation of entire cultures through our consumptive choices, but this is an uncomfortable truth and supported by the evidence.
Read more
One person found this helpful
Report abuse
See all reviews

Page 1 of 1 Start overPage 1 of 1
Previous page
Next page
Pages with related products. See and discover other items: ancient languages, modern house, flipping houses books
Back to top
Get to Know Us
Make Money with Us
Amazon Payment Products
Let Us Help You
EnglishChoose a language for shopping. United StatesChoose a country/region for shopping.
© 1996-2021, Amazon.com, Inc. or its affiliates