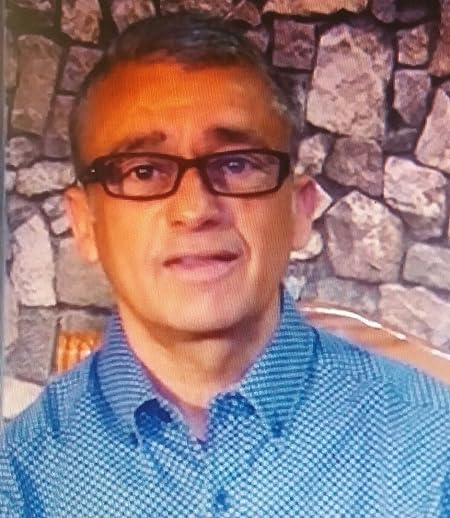 Wayne Joseph de Vos was born in JHB South Africa in 1956. After leaving school I studied Print Packaging at JHB Technical College and worked in the print industry for fifteen years but at this point my life felt bored and purposeless.

In the year 1990 my life took a radical turn and I went to study Theology at a Seminary where achieved a BTh degree in Divinity and Theological disciplines. I then went into the pastoral ministry, teaching, preaching and involved with missions.

After twenty two years of ministry, an incident took place which left me broken and filled with heartache and pain which lead me to start writing, at this point I must share this anonymous quote I read shortly after I began writing; " Writing warms the soul and mends the heart."

I have found this to be true in my life. 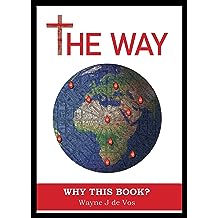 The Way: Why this Book? Dec 3, 2020
by Wayne Joseph de Vos
$5.19
A tower whose top reached reached into the heavens, built by a people wanting to be like God, ascending and descending on a staircase to heaven. This was their own plan and way, which would lead to God confusing their schemes. During this antiquated time the people were one culture, speaking one voice (language.)

God intervened and confused their language, because what they were doing was not His chosen way. From this scattering originated many different ways making up the diverse religions, cults, and sects which are evident today. But just as the building of the tower of Babel was works, so to are the religions of the world. Proverbs 14:12 says; "There is a way that seems right to a man, but it's end is the way of death."

Recent statistics reveal that there are four thousand three hundred religions, church denominations, cults, sects and other ethnic traditional groups in the world today. To this I add that they all claim to a way or the way, yet conflict, division, hatred,
persecution and murder exists among them.

Today there are six thousand eight hundred different languages in the world, a whole lot more than when God brought about the confusion. The European Union is working to bring about a new world order with a one world religion, their slogan is "Many nations, One voice." A vain attempt to bring order to the confusion that God brought about at the tower of Babel, which was not His chosen way.

The saying that all roads lead to Rome was literally true in the days of the Roman Empire, when all the Empires roads radiated out of the capital city Rome. There are not four thousand three hundred religious ways or roads radiating out of heaven to find a "Way" to God. There is only One "Way" and that is through His Son Jesus Christ.
Read more 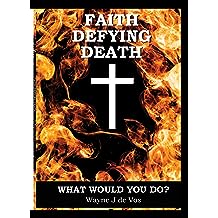 Faith Defying Death: What Would You Do? Oct 8, 2020
by Wayne Joseph de Vos
$5.19
Three men are taken into captivity to a foreign land where they aspire to become prominent, successful and highly respected leaders in the cabinet of a king who rules over one of the worlds most powerful empires at the time.

The three friends who are now living high powered luxury lives were going to be accused and put to the test by jealous men, who themselves were seeking recognition, esteem and favor from the king.

A decisive decision had to be taken which could cause the three friends not only to lose everything, but even their lives.

They chose to rather stay faithful and loyal to an unseen King from another realm, whom they loved and committed their allegiance too.

This loyalty and allegiance to the unseen ruler and King over all the earth, brought them to the place where they came face to face with death. But their resilience and unwavering faith brought forth their deliverance and they were rewarded and promoted by the very king who had ordered their execution.

What they experienced could impact and change your life and cause you to live your greatest life ever...if you were to make the right decisions?
Read more