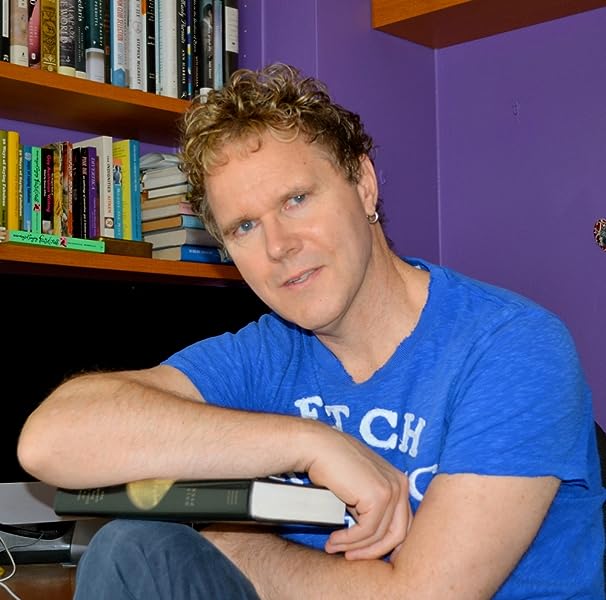 4.5 out of 5 stars
4.5 out of 5
5 customer ratings
How does Amazon calculate star ratings?
Amazon calculates a product’s star ratings based on a machine learned model instead of a raw data average. The model takes into account factors including the age of a rating, whether the ratings are from verified purchasers, and factors that establish reviewer trustworthiness.
Top Reviews

Elliot
4.0 out of 5 stars Who shot dante?
Reviewed in the United States on June 8, 2007
Billy is a 12 year old boy in a small farming community in New Zealand; the son of an uneducated, primitive father and a frustrated, repressed mother. They barely raise an eyebrow when he dons a fake ponytail and announces that he wishes to be called 'Judy'. His schoolmates are less obliging. When one tells him that he is 'acting the poof' ('fag', in American vernacular), Billy is uncertain whether this is a compliment (since he knows that he looks fabulous), but quickly decides that he must attempt to repress his nature. This is complicated by his regular furtive fumblings with the new boy at school, and his obsessive attraction to the muscular 19 year old farm-hand hired by his father.

Yes, this is another novel about gay adolescence, and there is little here that hasn't been covered before: anxiety in the locker room, ineptitude on the sports field, attraction to the popular guys at school, etc. Nonetheless, this portrays reality, and there are numerous features that combine to make the book a highly worthwhile read. In particular, Billy's incredibly authentic voice holds an all-too clear mirror up to the confusion, anguish and torment of gay youth's self-awareness. Billy's plight is genuine, and conjures up feelings and memories experienced by many of us in childhood - not to mention anger at the knowledge that millions of young people still suffer this treatment daily. It is also refreshing to see a somewhat more-realistically aged protagonist experiencing sex, desire and first love, rather than the implausibly naïve and virginal 15/16 year old teens that tend to emerge from many coming of age novels. Further, by presenting Billy as an (initially) unlikeable character, the novel offers an interesting opportunity to revisit those aspects of our own characters that we despised about ourselves as we grew up.

It is also worth noting that a film (by the same name) has been made of this book, sensitively done and well-acted.

James George
5.0 out of 5 stars Spacemen and sexual yearning in country New Zealand
Reviewed in the United States on June 3, 2015
Who would have thought there would be spacemen in central Otago at the southern end of the South Island of New Zealand? This and other fabulous scenarios fill young Billy's adventures as he questions himself and his life growing up in that beautiful province, so evocatively captured in Graeme Aitkins' novel of adolescence and dreaming. Aitkens' Book 1 sets the scene of a young boy's growth into early manhood, alongside spectacular backdrops, family, close friends and yearning for what might be. Highly original and entertaining, I am looking forward to Book 2 to follow Billy's growth and development with the promise of sexual tensions to be explored and perhaps realised.
Read more
Helpful
Comment Report abuse

P. D. Cuming
4.0 out of 5 stars Rural awakenings rarely more poignant
Reviewed in the United States on October 1, 2007
Short & sweet - I loved this book. A throwback to the time when innocence was a wonderful thing when you were a boy growing up, until you hit dreaded puberty! AND, confounding that - you like boys! Strong on narrative, never twee; growing up on a farm was never more accurately portrayed. Aitken's descriptions of Billy's infatuation with a farm worker and sneaky goings-on with a mate are spot on. One warning - don't watch the movie first. It'll spoil the book for you. The casting director should go back to casting school!
Read more
Helpful
Comment Report abuse
See all reviews from the United States