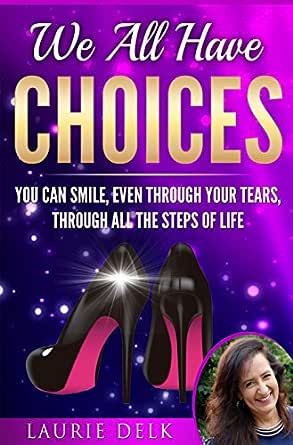 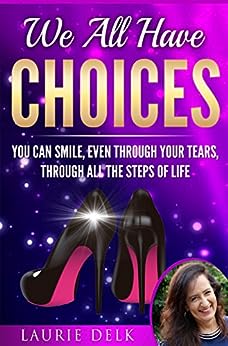 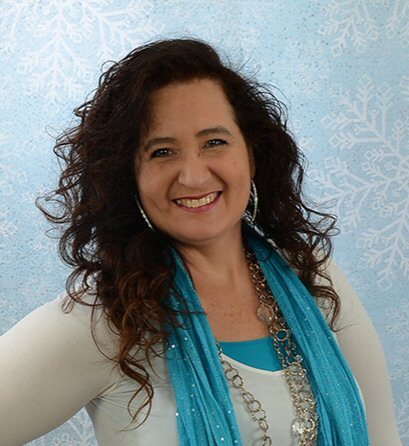 We All Have Choices: You can smile, even through your tears, through all the steps of life Kindle Edition

Web, Graphics & Marketing Expert, Family Focused, Client Retention Specialist, Master in Relationship Marketing, Author, Speaker, Coach, Trainer Laurie Delk was raised to be a winner. Her parents, both successful enterpreneurials raised her with the can-do attitude. So it was no surprise that after leaving her corporate accounting career at the age of 26, pregnant with her 2nd child, she ventured out to be entrepreneurial herself. She went into the world of web/graphic design/marketing in 1993. Worked hard, gave it her all & managed to bring that business into a 6-figure income, while still working from home, caring for her 4 children. For a few years, she volunteered her time at the Christian school her children attended, till she started homeschooling several years ago. Bryan, her husband at the time, had back surgery that "went bad", he had to leave his police work, where Laurie had to get a full time job in order to have insurance for her family, & take him to physical therapy daily. She found Send Out Cards in 2004, rose through the ranks to the top 20, has promoted 4 times with this company & currently ranking only 2 steps from the highest possible. She has won numerous company awards over the last 13 years. Laurie knows how to walk through heartache & the importance of keeping a positive outlook during that heartache. She lost her husband Bryan in the beginning of 2013 (while she was out of town speaking at an event). With her mother & 2 youngest children with her, she had to drive the 5 hours back home after the news. Laurie lost their family dog "Bullet" a Boxer, of 13 years in June 13, her grandfather in Jul 2013, & her father in law in Mar 14. In 15, her oldest daughter found out she had cancer, and is thankfully now cancer free, after 6 months of natural & medical healing. Laurie experienced another loss, the loss of her Mother in March 16. Then her kids Grandparents the next year. Laurie has run several non-profit support groups, for copswives, gratitude girls and widows. Laurie also runs a local networking group in the Nashville area (NashvilleNetworkingBusinessLuncheon.com). Laurie speaks at many different events, as well as 1 on 1 coaching & group coaching, teaching on relationship building in business, being a homeschool mom, cop's wife, widow, business success, getting referrals, choosing happiness & forgiveness, how to smile through your tears, & having choices, etc. You can follow & connect with her at www.LaurieDelk.me --This text refers to the paperback edition.

Bryan
5.0 out of 5 stars Just keep moving forward
Reviewed in the United States on December 22, 2019
This book is inspiring! No matter what we go through in life we all have a choice to have faith and keep moving forward or stay down. The author does a great job of sharing her life experiences on how to persevere through the most challenging times. This is a must read. Get ready to be inspired.
Read more
2 people found this helpful
Helpful
Comment Report abuse
See all reviews