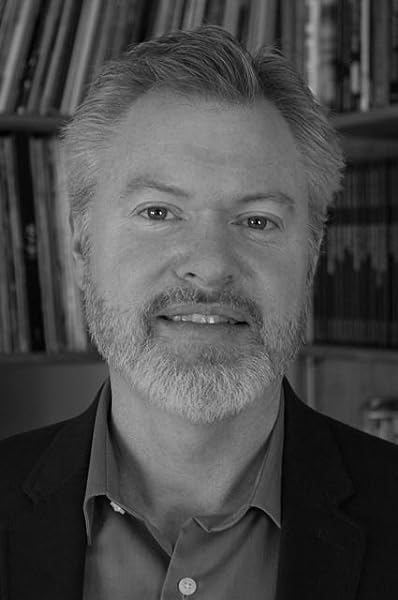 We Can Be Heroes: The Radical Individualism of David Bowie Paperback – June 28, 2016

"Robert Dean Lurie is a rock and roll writer in a Tertium Quid groove: he is lucid and thorough and provocative, capable of soaring flights of fancy yet grounded and wise. In We Can Be Heroes, Lurie invokes Burroughs and Nietzsche, Orwell and Rand, Aleister Crowley and Edmund Burke (Crowley and Burke?!), and the result is a song of David Bowie that rings euphoniously, cacophonously true."
--Bill Kauffman, author of Dispatches from the Muckdog Gazette
"A skillful tribute to a wonderful and beguiling entertainer."
--John J. Miller, National Review Online
"Comparisons to punk or Prince are easy enough, but any book on Bowie that opens by likening his under-appreciated band Tin Machine to Howard Roark has my attention. By the end, we've learned the revealing philosophical origin story of this musical "Superman," with cameos by Nietzsche, Aleister Crowley, Elvis, and the other acknowledged influences who separated Bowie from the herd of common homo sapiens and made him something unapologetically higher."
--Todd Seavey, author of Libertarianism for Beginners
"David Bowie is one of the most interesting pop-culture figures of recent decades, and Robert Lurie's book sheds much light on Bowie's significance and the ideas behind his lyrics and public personae. Those who want to understand more about how popular culture speaks to us would do well to read Lurie's book, and for fans of Bowie it is a must-read."
--S. T. Karnick, culture writer and editor

4.7 out of 5 stars
4.7 out of 5
17 customer ratings
How does Amazon calculate star ratings?
Amazon calculates a product’s star ratings based on a machine learned model instead of a raw data average. The model takes into account factors including the age of a rating, whether the ratings are from verified purchasers, and factors that establish reviewer trustworthiness.
Top reviews

Ryan Murdock
5.0 out of 5 stars A thoroughly engaging analysis of Bowie's driving forces...
Reviewed in the United States on July 11, 2016
Verified Purchase
I thoroughly enjoyed this engaging little book. I've read several different summaries, accounts, analyses, and bios of David Bowie and his work, and this new volume by Robert Lurie stands out. It's extremely well written, and is based on a depth of scholarship which extends far beyond music and pop culture.

I thoroughly enjoyed how the author explored Bowie's reading, the different influences on his thought at different periods, and how he explored it through his music. The emphasis on Bowie's individuality, on following his own path, and thriving on opposition when audiences and record companies didn't share that vision, appeals strongly to me. I think this book captures that driving force of this incredible artist extremely well.

Serge van Neck
5.0 out of 5 stars Brilliant analysis
Reviewed in the United States on May 11, 2016
Verified Purchase
Robert Lurie is one of those authors who makes you forget that you're reading a book instead of listening to a seasoned narrator: the language is colloquial, but not folksy; the content intellectual, but not bookish; the delivery witty, but not contrived. Yet that conversational tone belies a profound scholarship. Lurie brings to bear his considerable knowledge of a wide range of philosophical, literary and cultural influences -- the famous as well as the obscure -- to shed light on Bowie's art and life in what can only be termed a brilliant analysis. Lurie's thesis, clearly enunciated in the subtitle, is amply supported by the evidence he produces, and yet he does not shy away from pointing out the limitations in his comparisons and analogies, allowing for a nuanced understanding of how Bowie's "radical individualism" manifested itself in various contexts.

At a mere 65 pages print length, this Kindle-only edition might be called a "light read", but it is nonetheless packed with facts and insights worthy of a book several times its size.

Whether or not you are a Bowie fan, and whether or not you know anything about his music or his life, you will find this a fascinating read.
Read more
3 people found this helpful
Helpful
Comment Report abuse

mcabooks
5.0 out of 5 stars "For once I read a book..."
Reviewed in the United States on May 3, 2016
Verified Purchase
This is the smartest thing you will ever read about the ideas behind David Bowie's persona and songs. Thesis: "David Bowie, quite simply, was the most radically individualistic popular entertainer we have ever seen." Highly recommended.
Read more
6 people found this helpful
Helpful
Comment Report abuse

James Bass
5.0 out of 5 stars This Bowie Book is a Winner
Reviewed in the United States on July 6, 2016
Verified Purchase
This was a great read! If you are a Bowie fan, this book will take you past the history and offer more in-depth looks at the philosophy and influence of the artist's music. I have read a few Bowie books and this was one surprisingly stood out as one of the best. It is quick and easy and for the price it sells, you can't go wrong. I will probably read it once more, which says a lot because I rarely find time. Well done, and worth the time!
Read more
3 people found this helpful
Helpful
Comment Report abuse

Mickey Z
4.0 out of 5 stars Is there life on Mars?
Reviewed in the United States on June 8, 2016
Verified Purchase
Jackie Mason once joked that folk singers are the laziest people in the world. Why? Because they're always trying to get the audience to sing the song for them. In We Can Be Heroes, we learn that Bowie didn't go in for this kind of '60s groupiness. As he wrote in All the Young Dudes, "Billy's back at home with his Beatles and his Stones/But I never got it off on that revolution stuff." Was his thinking also aligned with Nietzsche? Ayn Rand? Edmund Burke? Those are the questions that Lurie answers.
Read more
2 people found this helpful
Helpful
Comment Report abuse

Johnny Neutron
4.0 out of 5 stars A good read
Reviewed in the United States on September 8, 2016
Verified Purchase
This is a well written and informative read, especially liked the comments regarding the Tin Machine phase of Bowie's career which was always underrated in my opinion. Its not a long read, but then again the price reflected that so its not a criticism, more a comment on how much I enjoyed the book so would have liked it to have being longer.
Read more
One person found this helpful
Helpful
Comment Report abuse

Daniel A. Watkins
5.0 out of 5 stars Great analysis on Bowie
Reviewed in the United States on October 4, 2016
Verified Purchase
Great analysis of Bowie! We all know Bowie was an innovator and unique artist, and this offers some great insight into his work.

This guy's bio on Steve Kilbey of THE CHURCH was also a great read.
Read more
Helpful
Comment Report abuse
See all reviews from the United States

Amazon Customer
5.0 out of 5 stars Prompt service.
Reviewed in the United Kingdom on July 20, 2019
Verified Purchase
As described.
Read more
Helpful
Sending feedback...
Thank you for your feedback.
Sorry, we failed to record your vote. Please try again
Report abuse

See all reviews from the United States
Pages with related products. See and discover other items: david bowie biography