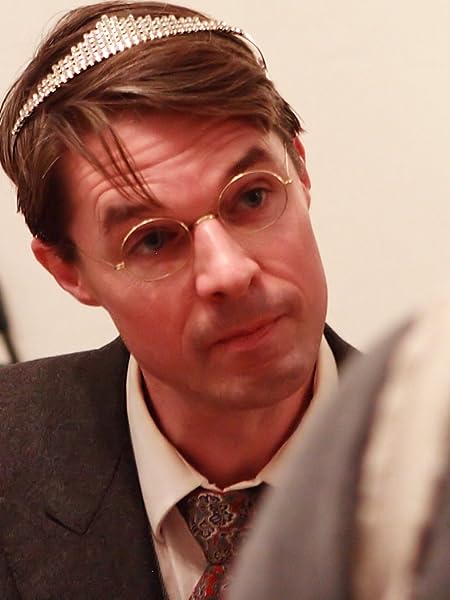 by Tim Kreider (Author)
4.5 out of 5 stars 223 ratings
See all formats and editions Hide other formats and editions
Read more Read less
Inspire a love of reading with Prime Book Box for Kids
Discover delightful children's books with Prime Book Box, a subscription that delivers new books every 1, 2, or 3 months — new customers receive 15% off your first box. Learn more.
click to open popover

"Tim Kreider's writing is heartbreaking, brutal and hilarious—usually at the same time. He can do in a few pages what I need several hours of screen time and tens of millions to accomplish. And he does it better. Come to think of it, I'd rather not do a blurb. I am beginning to feel bad about myself." -- Judd Apatow

"A remarkable collection . . . I found myself nodding in agreement and wondering how [Tim Kreider] could so consistently express my feelings, and express them so much better than I ever could." -- Nancy Pearl, NPR.org

“In a political atmosphere as angry as this, [Kreider's] oblique, self-deprecating commentary may be the only angle to which party loyalists on either side are likely to respond. We Learn Nothing should be their required reading.”, Willamette Week (Portland, Ore.)

“Kreider is as compelling a writer as he is a visual satirist. His essays tend toward the ‘elegiac,’ as he puts it—something that cannot be said of his cartoons—but the same delightfully brutal honesty underlies both. Kreider’s descriptions are often simultaneously surprising and resonant . . . self-effacing and funny.”, City Paper (Baltimore)

“Amazing . . . Any thinking person with a sense of humor will find We Learn Nothing provocative and delightful, reminiscent, in varying ways, of David Foster Wallace, James Thurber, David Sedaris, and Susan Sontag.” -- Jennifer Finney Boylan, author of She’s Not There

“Kreider is a superb essayist, a funny and fluent storyteller who wears his cultural literacy lightly . . . To read “The Creature Walks Among Us,” “The Czar’s Daughter,” “Escape from Pony Island,” or “An Insult to the Brain” is to appreciate a mordant but affectionate observer of life’s rich pageant, and a craftsman who almost never puts a word wrong.”, Johns Hopkins Magazine

“Kreider locates the right simile and the pith of situations as he carefully catalogues humanity’s inventive and manifold ways of failing.”, Publishers Weekly (starred review)

"Tim Kreider may be the most subversive soul in America and his subversions—by turns public and intimate, political and cultural—are just what our weary, mixed-up nation needs. The essays in We Learn Nothing are for anybody who believes it's high time for some answers, damn it." -- Richard Russo, Pulitzer Prize-winning author of Empire Falls

"Whether he is expressing himself in highly original cartoons that are hilarious visual poems, or in prose that exposes our self-delusions by the way he probes his own experience with candor, Tim Kreider is a writer-artist who brilliantly understands that every humorist at his best is a liberator. Because he is irreverent, makes us laugh, ruffles the feathers of the pretentious and the pompous, and keeps us honest, We Learn Nothing is a pleasure from its first page to the last." -- Charles Johnson, bestselling author of Middle Passage

Tim Kreider has written for The New York Times, The New Yorker, The Week, The Men’s Journal, and Nerve.com. His popular comic strip, The Pain—When Will It End?, ran in alternative weeklies for twelve years and has been collected in three books by Fantagraphics. He is the author of two collections of essays, We Learn Nothing and I Wrote This Book Because I Love You. He divides his time between New York City and an undisclosed location on the Chesapeake Bay.

Page 1 of 1 Start overPage 1 of 1
This shopping feature will continue to load items when the Enter key is pressed. In order to navigate out of this carousel please use your heading shortcut key to navigate to the next or previous heading.
Back
Next
Pages with related products. See and discover other items: human form