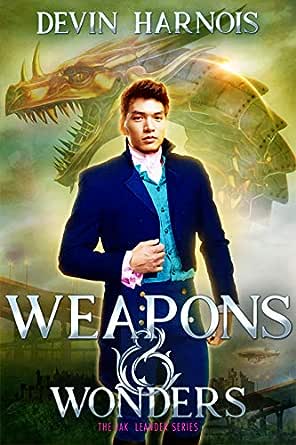 You've subscribed to Jak & Leander! We will preorder your items within 24 hours of when they become available. When new books are released, we'll charge your default payment method for the lowest price available during the pre-order period.
Update your device or payment method, cancel individual pre-orders or your subscription at
Your Memberships & Subscriptions
There was an error. We were unable to process your subscription due to an error. Please refresh and try again. 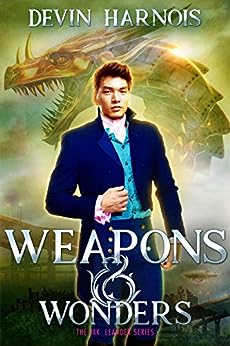 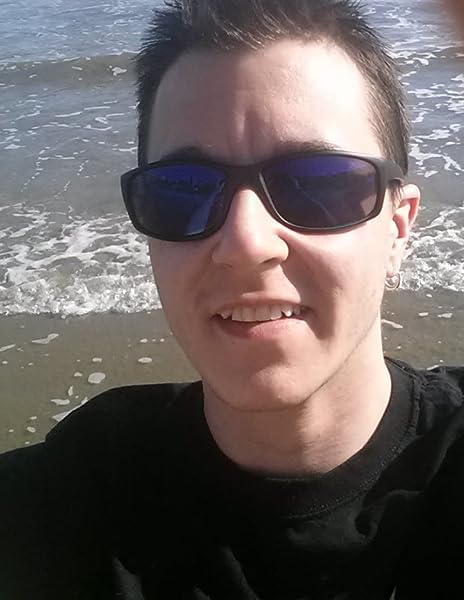 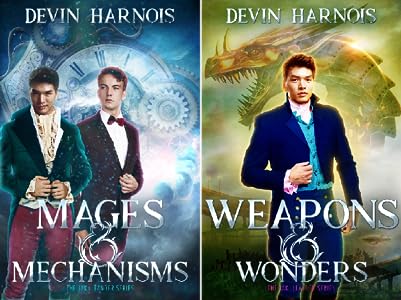 Rebecca Slone
5.0 out of 5 stars 5*
Reviewed in the United States on May 12, 2020
I really am enjoying this series for several reasons. Although I’m not a huge fan of steampunk, I do often enjoy it, if it’s done right. I enjoy the way things work, like the inner workings of a clock from back in the day. Nowadays, it’s so much easier, but the intricate work that went into things back then and even some things now, is incredible. And I love to see the way other people interpret that. And I really think Devin has hit it out of the park with this series.
Leander wanted nothing more than to up the class of his family and help bring them a better life. And since he’s met Jak, they’ve definitely moved up in the world. Being the first to invent some of the things they have, they not only have the money for making these pieces, but the infamy that comes with it. But it’s harder for Leander, because he’s not as good with people as Jak is, and he’s terrified their relationship could hurt his family in the long run. But he’s also terrified he will lose Jak because they have to stay so closeted. But now things are getting worse in other ways. Someone is stealing their designs for what they are making for the military and they are very quick to try to point the finger at Jak. And now someone has tried to kill them and destroy the project they are working on. With danger lurking at every turn, Jak and Leander have to learn to navigate things in a way that they both can be happy and in a way that no one else gets hurt.
I hate that people are not accepting of those relationships that are different. It drives me bonkers. It’s so stupid. People should be free to love who they want, without repercussions. And we think it’s bad today, imagine what it was like back then. When your life could literally be on the line. Or the lives of your family. It’s not a whole lot better nowadays, but at least in some ways it is. Not many, sad to say. But what I love about Jak is that even though it hurts him at times to have to hide, he’s not willing to give Leander up. He doesn’t understand the conservative way Leander is. He never will. Not that he begrudges Leander. He loves him, and that’s obvious in all they do. But Jak is a free spirit. Always has been. He doesn’t care if you’re man or woman, he’s interested in you for who you are. Which is how it should be. But for Leander, it’s harder because of his family. The scandal could desperately hurt his family and their status, making them paupers or beggars. And he doesn’t want that for them. But any relationship is about compromise. And Leander is finally learning to compromise a bit. Learning to open up a bit more to those he knows he can trust with their secret. So he doesn’t feel like he’s letting Jak down.
I love too, how hard they work together. And how well. Yeah, Jak can be a bit of a wild child, but they work so seamlessly together. With the creations they’ve come up with, it’s been fascinating to see how they create what they do. It’s been amazing. And I love how the author had them working together to do what they are.
It’s truly a fascinating series. I recommend it so much.
Read more
Helpful
Comment Report abuse

Bretton
5.0 out of 5 stars 4.5 stars
Reviewed in the United States on May 17, 2020
I liked this follow up just as much as I loved the first! Jak is still as independent and nonconformist as always and that still somewhat chafes against Leander's beliefs about what is proper. But their relationship grows ever stronger and so does their friendships with their various allies. I was a little hurt by how frequently Leander dismissed Jak's feelings, just to protect his own. But by the end of the story he starts making serious effort to show Jak just how much he loves him.

Another big reason to love this series, is how exciting the magic is. Some magic stories can come off as dull because there aren't any real stakes or there's no action. These makes do some serious battle though, and could very easily get hurt. Not to mention that their country is still in the midst of a war. Which is why they need Jak and Leander's skills in the first place.

So ultimately I would say, come for the mechanical dragons and stay for the beautiful love story.
Read more
Helpful
Comment Report abuse

Bookworm
4.0 out of 5 stars Well written steampunk
Reviewed in the United States on June 16, 2020
The story picks up pretty much right where book one ended. Do yourself a favor and read it before you read Weapons and Wonder!

Our MC's are still not public - but their love and affection for one another is wonderful to glimpse. There's a good deal of intrigue, plenty of action, some very interesting new characters, and a yummy amount of heat.

The book is well written and nicely edited. The world building continues, with new facts and knowledge added throughout.

The book ends on a soft cliffhanger but don't let that deter you!
Read more
Helpful
Comment Report abuse

Michelle Arthur
5.0 out of 5 stars Closet angst and magic!
Reviewed in the United States on May 17, 2020
Jak and Leander return in this second book now under military contract to build intelligent mechanical dragon for the protection of the nation. Jak fights to come to terms with his past when he's invited to a dinner at the magical university and Leander demands to remain closeted for the protection of his family. Two new dragons are in the process of being built, and there is a spy amongst the workers. Drama, romance, and a few sweet moments between the "who done it." An interesting steampunk world with a bit of intrigue and a bevy of flirting.
Read more
Helpful
Comment Report abuse

Kelly
4.0 out of 5 stars A good sequel
Reviewed in the United States on June 26, 2020
My only complaint about this is that Lee's inability to loosen up. I see that it is changing, but he starts to appear whiny about it. Jak is awesome as always and the Baroness is growing on me. Looking forward to more.
Read more
Helpful
Comment Report abuse
See all reviews from the United States