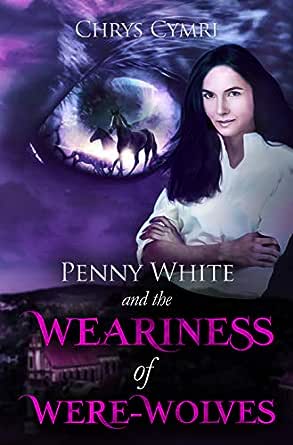 You've subscribed to Penny White! We will preorder your items within 24 hours of when they become available. When new books are released, we'll charge your default payment method for the lowest price available during the pre-order period.
Update your device or payment method, cancel individual pre-orders or your subscription at
Your Memberships & Subscriptions
There was an error. We were unable to process your subscription due to an error. Please refresh and try again. 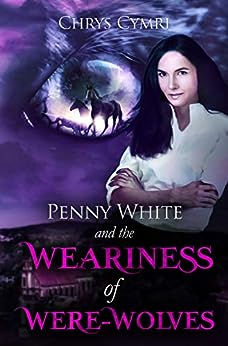 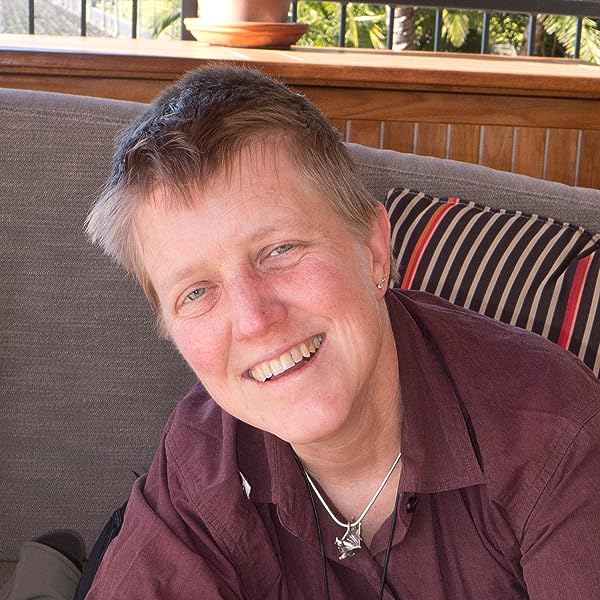 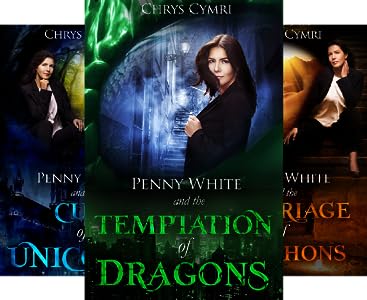 I read a lot of books
5.0 out of 5 stars Fun, fun series
Reviewed in the United States on August 23, 2019
Verified Purchase
This is an excellent series! Using the alternate world Penny Wise has created, she is able to present real-world social issues such as power and corruption, class structure, prejudice, interracial/interspecies relationships, and alcoholism. Since Penny White, the protagonist, is an Anglican priest, we also get to see differences between serving God vs serving an institution.

The wit and humor are great, and Penny's surprising love of C.S. Lewis, J.R.R. Tolkien, and Dr Who bring levity, as well as eyerolls from her friends, who are tired of her constant quotes and stories of these heroes of hers.

It had been a couple of months since I had read the previous books, so I don't recall whether a synopsis of the story was given at the beginning of each one, but this book does not. If you're not familiar with the series, I would recommend you start with Book 1, The Temptation of Dragons. It's not absolutely necessary, but you'll get lots more out of the story if you do.

Kindle Customer
5.0 out of 5 stars Weariness of w-w
Reviewed in the United States on January 31, 2020
Verified Purchase
Another Penny White book that takes you to another land. As a priest Penny gets to deal with all sorts of different creatures. We're talking dragons, were-wolves, vampires, unicorns and many other mythical creatures and their relationship with God.
Read more
Helpful
Comment Report abuse

Kindle Customer
5.0 out of 5 stars Will spoil you for any other author!
Reviewed in the United States on August 4, 2019
Verified Purchase
I loved all of this series, these books are so good that I'm having trouble being interested in any others. All others seem to be so dull! I can't wait for more Penny Wise!
Read more
Helpful
Comment Report abuse

jan
5.0 out of 5 stars Highly recommended
Reviewed in the United States on July 3, 2019
Verified Purchase
I love the Penny White series. The characters are wonderful. My favorite is still Clyde. I love the way the stories develop.
Read more
Helpful
Comment Report abuse

E.P. Clark
VINE VOICE
5.0 out of 5 stars Entertaining Fantasy that Also Deals with Deeper Issues
Reviewed in the United States on May 31, 2019
I've been enjoying the Penny White series on and off since I read the first book, and I'm glad to say that "The Weariness of Were-Wolves" is another excellent addition to the series.

For those of you who haven't read anything from it before, it's about a female Anglican priest who stumbles upon a magical alternate world populated by dragons, unicorns, and other fantastic beings. The Church exists on the other side of the divide too, and Penny becomes a kind of liaison between the two branches of it. Now she's stuck on the other side, and finds herself embroiled in Church politics, as well as personal problems.

The books often strike a light tone, with plenty of humor and nerdy references to Doctor Who and other fantasy classics, but they also deal with serious themes. In "The Weariness of Were-Wolves," Penny struggles with the ethics of meat-eating and violence, inter-species relationships, social justice versus unity for the Church, her spotty relationship with God, and a growing drinking problem. So while it reads like light fare, it delves into a number of important issues. Although the book, like the rest of the series, is unapologetically Christian, it doesn't provide pat answers or doctrinaire positions. Penny wrestles with her personal demons and her troubled relationship with her vocation in a way that people of all faiths and callings will be able to recognize. Recommended for fans of urban fantasy, Doctor Who, and readers who like to consider some of the deeper mysteries in life.
Read more
2 people found this helpful
Helpful
Comment Report abuse

jscaifeTX
5.0 out of 5 stars Trapped in Lloegyr Penny must face some personal demons
Reviewed in the United States on July 2, 2019
This was originally posted at Fanbase Press.

Penny White always loved crossing into Lloegyr, but being trapped into the alternate world adds a new set of challenges to the already exhausted Anglican priest. With Peter out of her life, Raven (the charming search dragon) presses his suit more seriously. The groups of humans trapped in the alternate world need shelter and a means of support (Penny included), and Clyde finally pushes forward with his desire for ordination. Ministering to not-weres, facing the harsh prejudice against snail sharks, and an unexpected marriage proposal don’t help our protagonist find time to reconnect with God, and she may hit rock bottom before seeing what matters most.

I’ve talked a lot about overarching themes in the previous Penny White books which simplifies the plots significantly by the later installments; however, I can safely say that the core truth of The Weariness of Were-Wolves is dealing with grief. All of the humans have lost the friends and family on Earth, and many of the fantasy residents have bonds on Earth, as well. A harsh attack on a warren of were-rabbits provides a more straightforward example of grief, especially since the were-rabbits firmly believe that they exist to die (ultimate prey animals).

While the title for book 7 specifically mentions werewolves, Penny gains a position ministering in a care home for not-weres of all types, the were creatures that cannot fully change from animal to human and back for various psychological reasons. Chrys Cymri’s explanation for what weres might struggle with as they switch between forms enthralled me, because I had never considered the trauma of changing from a vegetarian animal to an omnivorous form.

I saw reviews that addressed Penny’s relationship with alcohol from book 1, but it never seemed a major topic until The Weariness of Were-Wolves. Penny drank more than seemed healthy, but her life was mostly in order. Book 7 finally examines whether we can call the priest an alcoholic which is painful to read and could be triggering to readers who have dealt with alcohol abuse in their own lives.

The most recent installments of Penny White’s story have tackled darker social issues, so they aren’t always comfort reads, but there is a ribbon of joy and fantasy dancing through them that keeps me coming back. After a stressful day at work, entering Penny’s world felt safe even when my heart hurt for the characters. (Basty and Jago 4EVAH/Clyde for Archbishop!) The Weariness of Were-Wolves is another wonderful addition to Penny’s tale, and, as always, I am eagerly waiting for more.