You've subscribed to Ash & Juliana! We will preorder your items within 24 hours of when they become available. When new books are released, we'll charge your default payment method for the lowest price available during the pre-order period.
Update your device or payment method, cancel individual pre-orders or your subscription at
Your Memberships & Subscriptions
There was an error. We were unable to process your subscription due to an error. Please refresh and try again. 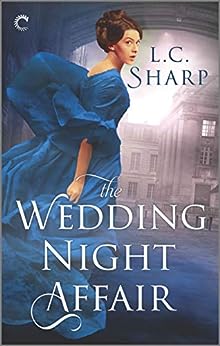 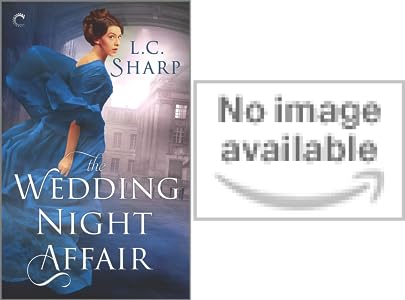 OLT
TOP 500 REVIEWERVINE VOICE
2.0 out of 5 stars Not quite what I was expecting.
Reviewed in the United States on May 14, 2021
Verified Purchase
I was all prepared to give this historical mystery by (supposedly) new-to-me author L.C. Sharp three stars until I saw the copyright page with the name Lynne Connolly as copyrighted author. If L.C.Sharp had been a new debut author she would have received the benefit of the doubt from me about the many niggles in this book. But I won't forgive them from an established author like Connolly.

This should have been good in a dark and twisted way. A man who needs to physically abuse his sexual partners to derive pleasure from the act. A bloody, mysterious death. An H and h who suffered emotional abuse in their childhoods, with unloving, cold parents. A look at the seamier and deviant side of the demimonde and the crime world.

Nor was the writing to my taste. It lacked the sophistication and skill needed to deal with this plot. Instead, the story deteriorated into silly time spent on fashion and makeup or ridiculous and useless outings of H and h to investigate the murder. And the endless ruminations of both MCs, going over and over their suppositions about the crime and the innocence (or not) of the heroine. And while it was obvious that we readers were supposed to appreciate the personal growth of the heroine, who changed from spineless, useless daughter who did everything her parents told her to a woman with more agency, I found her more annoying than admirable.

There were some interesting bits about Bow Street and the Fielding brothers, the Duke of Newcastle, and other references to the historical Georgian setting but, again, the writing style prevented my full enjoyment. In addition, exposition of the the plot was excessively slow and repetitive. As a mystery this did not satisfy. Too simplistic. It could have been resolved much more quickly, with much less clumsiness on the part of the characters, and with less reiteration of the plot points. I got everything the first time it was mentioned. No need for so much restatement. This made for a boring, slow read. Instead of tense and suspenseful, this was annoying.
Read more
8 people found this helpful
Helpful
Report abuse

Élodie Nicoli
TOP 1000 REVIEWER
5.0 out of 5 stars When horrors leads to her freedom
Reviewed in the United States on May 11, 2021
Verified Purchase
Will clearing her name set her truly free ...

I confess I decided to read this book because I thought it would be a romance, but it is not, it has the premise of one but it will be probably more prominent in the next book. After historical mystery is my second favorite category after romance, so the switch of classification did not really bothered me, even more as the words flowed easily and the narrative unfolded smoothly.
Be warned the heroine survived a traumatic “wedding night”, if not to say a gruesome experience at the hands of her now deceased husband, which can only be called rape and awful abuse inflicted by the one man who should have protected her.
So of course a romance is difficult to envision after such a horrific hardship as it has left deep wounds in the heroine’s psyche.
Juliana until the morning after her wedding was the perfect obedient prim and proper daughter, so much she endured a ghastly night at the vicious hand of her husband. Yet when she awakens with her spouse now dead, stabbed during the same night, all the shouts and screams point toward her.
From here her trial continue, as while free from the violent man she should have to call husband, she is the prime suspect of his demise.

This is a fast-paced tale, and while it does not spare us the cruel details of her plight, it also paints the portrait of what women were to endure because of their total absence of rights.
Juliana is one of them but circumstances despite putting her life in the balance also offer her a second chance, one to get out from her gilded cage. She demonstrates her resilience and willpower by becoming an active party in the investigation to clear her name.
She also get to learn who she is, really away for all the paints and powders that used to mask herself from the world. She is like a blank skate to rewrite.
Ash too is far more complex than the easy jovial fellow he is presented as. He harbors secrets and his soul hide dark shadows. He is a man for justice, even when the case appears easy, he looks into details and reaches after what looks like nothing to determine the right from the false. And as a man of honor, once he gave his words, they are like tattooed in stone.

This book is the story of their encounter, of the first spark between them but the same case which brought them together is also what hold them back as Juliana needs time to recover and bring back the pieces of herself that had been shattered by her last parents’ betrayal.
5 stars

I can not wait for the next installment as I want to see how their relationship will evolve over time.

cheryl
5.0 out of 5 stars Murder mystery and romance.
Reviewed in the United Kingdom on May 29, 2021
Verified Purchase
I enjoyed this story very much, a murder mystery and a romance, just what I enjoy. I did feel for Julianna, having such parents as hers. Sir Edmund Ashendon (Ash) was an interesting character, too. I found the details of the life in the mid 18th century to be fascinating, especially the clothes and facial makeup. Not only do Ash and Julianna need to clear her name, there is also a person known as The Raven, who seems to be connected in some way. Ash also has something in his background that causes him pain. This was the first in a new series and I’m looking forward to the next book.
Read more
Report abuse

kk
5.0 out of 5 stars Excellent
Reviewed in Australia on May 29, 2021
Verified Purchase
A ripping georgian yarn, well plotted and with good characters, by an author whose attention to period detail is superior. Highly recommended.
Read more
Report abuse
See all reviews