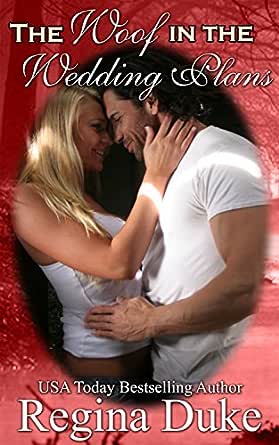 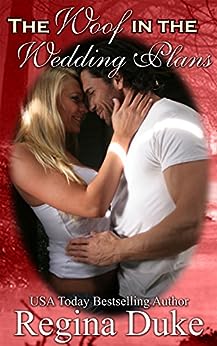 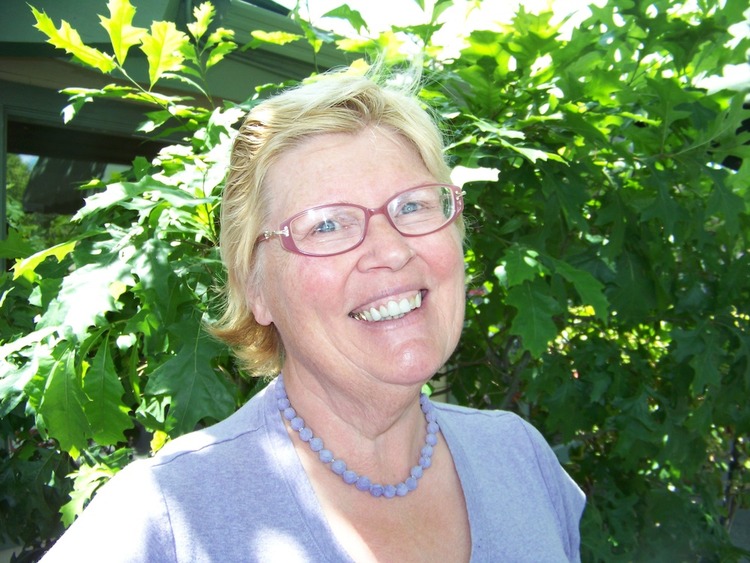 4.3 out of 5 stars
4.3 out of 5
70 global ratings
How are ratings calculated?
To calculate the overall star rating and percentage breakdown by star, we don’t use a simple average. Instead, our system considers things like how recent a review is and if the reviewer bought the item on Amazon. It also analyzes reviews to verify trustworthiness.
Top reviews

Regina Niesen
4.0 out of 5 stars Very cute story
Reviewed in the United States on April 14, 2012
Verified Purchase
Goodreads Description- Wedding plans are well along, but Terri hates the plans and hates the planner! She has adopted a German shepherd, but he thinks he belongs to Russ, her future husband, and Russ's two shepherds are not happy about it. Although Russ is the man of Terri's dreams, her future father-in-law is turning into the man of her nightmares. Her job may be in danger as well. Now one phone call throws her life into turmoil. Something has happened to Russ!

Come along for the ride as Terri tries to salvage her marriage plans and save her man.

This is a cute novella about the stresses of Terri and Russ leading up to their wedding day. I loved the dogs in the book and the German commands. I liked the pace of the book. I felt that the whole story was told and not rushed. There was also some nice suspense added in that I didn't really expect. I also loved that Angel, the wild and crazy German shephard, found his niche by helping Toby, an autistic child, stay calm during a crazy scene in the book, which led him to begin to train as a therapy dog. Good story and I even downloaded the prequel to this, North Rim Delight.
4 stars.
Read more
One person found this helpful
Helpful
Comment Report abuse

Julia Monson
4.0 out of 5 stars Cute story
Reviewed in the United States on October 17, 2012
Verified Purchase
I liked that dogs were featured in the story and played an important role. I liked the character Terri, and her fiance Russ. Supporting characters Sara and Toby were interesting too. The action was fast paced, and all came together neatly in the end.

I didn't like the extended scene of Terri driving around with the 3 dogs. Angel was very badly behaved, and after awhile I began to be irritated with him, and with Terri for taking him with her everywhere she went. I also didn't like Meredith, Toby's mother. Too whiney, annoying and stupid for my taste.

This novella referenced events that took place in an earlier book. I think it would be fun to go back and read that one, although now I know how it will end.
Read more
Helpful
Comment Report abuse

Nancy L. Silk
5.0 out of 5 stars Crazy Dogs, Zany Events
Reviewed in the United States on June 30, 2012
Verified Purchase
This story is a whirlwind of activity and characters; from a helpful grandma to an autistic boy who likes to hide. Add three strong German Shepherd Dogs (GSD), a future mother-in-law exceeding all expectations as a wedding coordinator, a fiance who is a bounty hunter, and Terri, the main character, who just wants some balance in life now and after marriage. This is a very enjoyable read and makes one glad you are not Terri. But in the end, many good things happen for so many characters that have problems and fears. But you, the reader, have no fear and read this fun novella. Great story! (From a fellow canine lover with six docile, loving miniature longhaired dachshunds.)
Read more
One person found this helpful
Helpful
Comment Report abuse

Texanne
3.0 out of 5 stars VERY QUICK CUTE STORY
Reviewed in the United States on March 28, 2013
Verified Purchase
Terri and Russ want to get married. He works as a bail bondsman and has 2 German Shepherds, Terri is a vet's assistant and has their third German Shepherd. There is stress about the wedding, family situations, work situations, the third shepherd is not so well trained yet, and a bad guy shows up. The story is very short, but entertaining. It is not a romance, not a mystery, but it is a cute and interesting story. If you have a short time and want a cute book to read this would be just the one for you.
Read more
One person found this helpful
Helpful
Comment Report abuse

Margery Scott
5.0 out of 5 stars Five woofs!
Reviewed in the United States on January 4, 2012
Verified Purchase
What a cute story! Between an over-ambitious wedding planner, an interfering father, misbehaved dogs and a couple of crooks, it's doubtful whether Terri and Russ will ever get the wedding they want or the independence they crave. But the author gives them the happy ending they deserve, complete with more dogs to love. This is the first book I've read by this author, but it definitely won't be the last.
Read more
15 people found this helpful
Helpful
Comment Report abuse

Vivian L. Beets
5.0 out of 5 stars The Woof in the Wedding Plans
Reviewed in the United States on December 23, 2016
Verified Purchase
The story was wonderful!!!
The characters were wonderful!!
The most wonderful, was the dogs. I've met those dogs, and I
love them!!

P.Moore
4.0 out of 5 stars Follow up to North Rim Delight
Reviewed in the United States on June 19, 2014
Verified Purchase
Terri Baker and Russ Camino are back again. The wedding plans seem destined for the dogs. Wedding planners, pushy father-in-law, an autistic child, and armed robbery are all mixed up in this tale. It's dogs to the rescue and a happy ending for everyone - except the bad guys. A must read if you've read North Rim Delight
Read more
Helpful
Comment Report abuse

Unknown
4.0 out of 5 stars Loved the dogs in this book. They added so much humor, it make this book even more enjoyable.
Reviewed in the United States on December 19, 2013
Verified Purchase
Looks like I've discovered a new author whose books I enjoy. This book wasn't missing anything except to be a little longer. There was some crazyness, some suspense, romance and lots of other things happening. And in the end everything comes together for a very good read.
Theila
Read more
Helpful
Comment Report abuse
See all reviews

Reader
4.0 out of 5 stars ENTERTAINING AND FUNNY
Reviewed in the United Kingdom on March 18, 2012
Verified Purchase
Terri and Russ are getting married. Terri is a veterinary nurse, and Russ is a bounty hunter. Russ's father is determined to interfere and have the wedding he wants so he has hired a wedding planner. But between Terri's new German Sheperd Angel, who has just eaten part of the sample wedding cake, and the constant phone calls from the wedding planner screaming down the phone, as Russ's father keeps changing the arrangements. Then arriving late for work, she gets a calls from Russ's dad to say something has happened to Russ. Terri wonders what else can go wrong today. Little does she know there is a whole lot more going to happen before the day is over.
This is a quick read but very entertaining and funny. I liked the authors descriptive and free flowing style. The characters were fun and I really felt Terri's growing frustration as the days events unfolded. Russ is a nice guy. I also thought the side characters were well developed for such a short story. A highly enjoyable read.
Read more
3 people found this helpful
Report abuse

Julie D
5.0 out of 5 stars Funny & well written
Reviewed in the United Kingdom on March 18, 2012
Verified Purchase
Terri and Russ are planning their wedding. Terri has to deal with her over-bearing Father-in-Law and an obsessive wedding planner. Terri (vet nurse) has a new German Shepherd, whom she is trying to train. Russ (bounty hunter) has 2 German Shepherds, who initially do not help matters, leading to some funny moments when they are all in the car together.
The story also involves Sara & Meredith. Sara works for Russ, her daughter Meredith has an autistic son Toby. It is heart-warming to see the care devoted to this child.
The whole story evolves over the space of one morning. Terri cannot get in touch with Russ and thinks the worst. It is well written and easy to follow, with very realistic characters. Read this within a few hours and would recommend as it is very enjoyable.
Read more
One person found this helpful
Report abuse

Jill in East Kent
4.0 out of 5 stars A well paced read.
Reviewed in the United Kingdom on May 19, 2012
Verified Purchase
It's a short story but there's a lot in it. It has tension and is well-paced. Good characters (both human and dog!) and a good plot line.

(My only problem with it is, as this is an American story and I'm English, there were a few things that I didn't really understand and had to work out for myself. The bail-bond stuff, the acronyms - CCW etc. But that's not really a criticism, it's just a lack of my knowledge of all things American! However, I have just had another look at the author's Kindle page and this looks like it is probably a follow on story from another book - which may explain my problems with some of the terminology! Duh!)
Read more
One person found this helpful
Report abuse

Gillian M Metcalfe
5.0 out of 5 stars Great read
Reviewed in the United Kingdom on August 9, 2015
Verified Purchase
This book would stand on its own even though it follows on from North Rim Delight, however it adds to the story if you read the other first.
This book resonated with me as it touched a subject very close to my heart. I shall not spoil the story but animals are most incredibly perceptive and hugely valuable.
My only slight complaint if you could call it one is I wanted more more more
Read more
Report abuse

fizz
5.0 out of 5 stars Realy good short storie
Reviewed in the United Kingdom on February 22, 2014
Verified Purchase
This is a story which shows what dogs can do and make people realize how good dogs realy are. Iloved the story of the dogsas have a jackrussel and my sister has a german shepard and they love being together it reminded me of them.
Read more
Report abuse
See all reviews