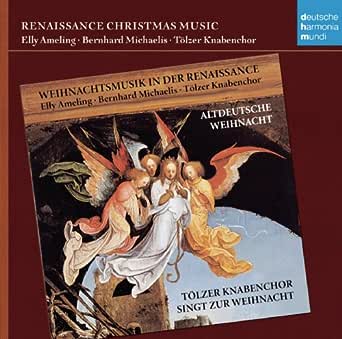 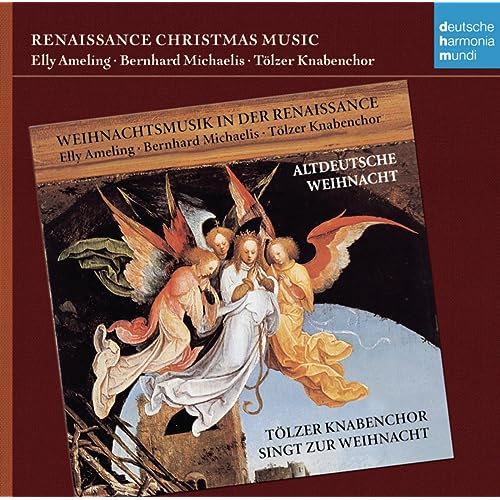 Listen Now
Buy MP3 Album $16.99
Your Amazon Music account is currently associated with a different marketplace. To enjoy Prime Music, go to Your Music Library and transfer your account to Amazon.com (US).

S. Dougherty
5.0 out of 5 stars On My Top 10 List of Best Classical Christmas CDs
Reviewed in the United States on October 30, 2006
NOT JUST FOR CHRISTMAS ANY MORE. This 2-disc set is a reissue of two recordings from the early 1960s. I am only familiar with 1/2 of the set, but that half is superb and worth the price of the whole. The "Altdeutsche Weihnacht" part of the set was originally a 1960 or 61 Musical Heritage Society issue featuring Elly Ameling with the Collegium Aureum performing works by Praetorius, Gesius, Gumpelzhaimer, Handl and other German composers of the early Renaissance. All the pieces are beautifully performed; the young Ameling sounds lovely and sings with great warmth and expressiveness. The whole ensemble is perfect for these rather simple works. I am so glad this is back in the catalog--it should never have been out. I've been looking for it to return for some years now. Long ago I acquired the MHS LP, which is all beat up now; I found a reissue on a Pro Arte cassette tape in the 1990s, which wore out. Buy this recording and you will play it all year round, not just during the Christmas season. Highlights: Best recording of "Es ist ein Ros' Entsprungen" ever. Eccard's "Ubers Gebirg Maria geht" is lovely. Gesius's arrangement of "Ein Kind Geborn" rocks.

I have read a review of the Tolzer Knabenchor disc, in which the reviewer praised the choir and the rustic quality they brought out in the Alpine carols, although he found their program a bit short in length.
Read more
4 people found this helpful
Helpful
Comment Report abuse
See all reviews