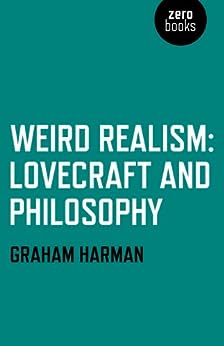 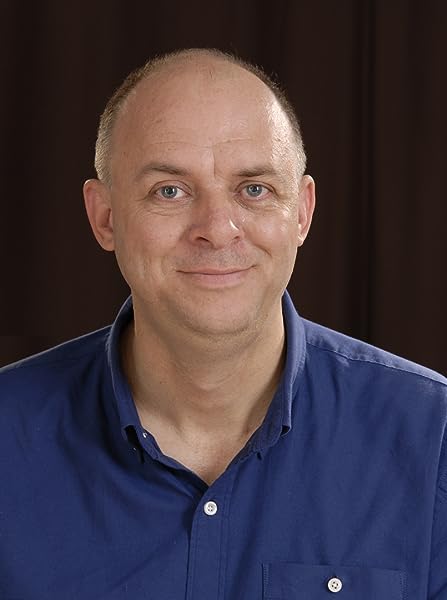 3.9 out of 5 stars
3.9 out of 5
32 global ratings
How are ratings calculated?
To calculate the overall star rating and percentage breakdown by star, we don’t use a simple average. Instead, our system considers things like how recent a review is and if the reviewer bought the item on Amazon. It also analyzes reviews to verify trustworthiness.

Stephen
3.0 out of 5 stars The philosophers discover HPL!
Reviewed in the United States on April 4, 2018
Verified Purchase
I'm happy that Prof Harman finds HPL's work useful for his philosophical ruminations. And he does occasionally have interesting things to say. But to claim that HPL is a great literary artist or to hint that he might be even better than Joyce or Proust is ludicrous. Lovecraft is not even as good as Poe, much less Joyce. Look, you don't have to share someone else's taste but you do have to have standards, and to flatten out the quality of literary craftsmanship to such a degree betrays a certain myopia. HPL is not a great writer simply because he's useful to your philosophy. But I suppose the temptation is to make every insight into a revelation and every pleasure into a toe-curling orgasm. But when you do that you inhibit your ability to appreciate the genuine revelations.
Read more
3 people found this helpful
Helpful
Report abuse

G. Ridgeway
4.0 out of 5 stars Good Stuff!
Reviewed in the United States on October 22, 2015
Verified Purchase
I enjoy reading philosophy especially the kind that can take a unique topic and use philosophy to have a deeper and interesting look into it. Which Harman does with this book, I think Harman has done a good job, the book is concise and to the point as far as his philosophical approach is concerned. And the man definitely knows his Lovecraft.
The only gripe I have is that it is a bit repetitive and tedious, as after the beginning introduction, we slowly but methodically work through many of Lovecraft stories, comparing lines of interest, this gets to be a bit monotonous after a while, so it began to get a bit boring, but the book is top notch and I would certainly recommend it!
Read more
One person found this helpful
Helpful
Report abuse

Matthias Goertz
3.0 out of 5 stars Weird
Reviewed in the United States on July 27, 2019
Verified Purchase
How Lovecraft plays with our horror or fear of the hidden, obscure Real by veiling (and thereby exposing) it with weird sensory data is indeed admirable, and Graham Harman does a good job, notably in the first 50 or so pages of this book, in analysing Lovecraft's style in the context of (select elements of) Phenomenology. So far so good. The book's second part becomes repetitive and tedious; the third part rehashes key points from Harman's work 'The Quadruple Object.'
Read more
Helpful
Report abuse

walter menon
1.0 out of 5 stars all pages blank
Reviewed in the United States on July 28, 2020
Verified Purchase
I bought the same book twice. And Amazon sent me copies with almost all the pages blank. Therefore, I cannot say whether the content of the book is good. I can only say that I cannot understand how Amazon sent me two damaged copies of the same book.

Andrew Clarke
2.0 out of 5 stars Purchased as a Lovecraft fan with no prior knowledge of Mr. Harman's writings.
Reviewed in the United States on March 4, 2018
Verified Purchase
The first part of the book ("Lovecraft and Philosophy") and the third part of the book ("Weird Realism") are moderately interesting. I suspect I would find them more compelling if I had previous knowledge of and interest in Graham Harman's own philosophical system.

The second, and by far the largest, part of the book is "Lovecraft's Style at Work" where the author analyzes the style of 100 sentences or short paragraphs from Lovecraft's stories. Although individually interesting these quickly become repetitive and tedious, and could easily have been cut down to a dozen examples without weakening the book's arguments. When phrases like "We have already seen", "We have already discussed", and "Here again" start popping up, it shows the author is well aware he is covering the same ground over and over again.
Read more
Helpful
Report abuse

P K
5.0 out of 5 stars A great book
Reviewed in the United States on July 27, 2013
Verified Purchase
The combination of philosophy and literary criticism is very interesting and original. I thought I knew a lot about Lovecraft, but this opened new ways of reading.
Read more
2 people found this helpful
Helpful
Report abuse

Juan Duchesne-Winter
5.0 out of 5 stars A philosopher thinks with a literary work
Reviewed in the United States on November 24, 2012
Verified Purchase
I give five stars to this book because it is an instance of a philosopher really thinking with a literary work instead of applying his philosophical system on it as some kind of testing instrument of truth, or using the work to illustrate a point or two about his system. Philosophy and Literature converge here on a tangential, but fruitfull encounter.
Read more
19 people found this helpful
Helpful
Report abuse

Randolph Severson
5.0 out of 5 stars Extraordinary. Exciting. Original and .... Weird
Reviewed in the United States on December 10, 2019
Though educated and a clinician in the same Phenomenological tradition as the author comes from, I’m a new-comer/late-comer to Speculative Realism and Object-Oriented Ontology. But better late than never because this work is a masterpiece. The ontology that underpins it, at least as I understand it, like a Cretan bull-dancer acrobat, vaults over ‘correlationism’, the Kant/post-Kantian idea that mind and object, the known and being known are inseparable, to see the mind itself, the ‘human’ as an object among others, all objects intersecting, interlocked, pool balls spinning after the break, a blooming, buzzing cornucopia and confusion, revealed but inexhaustible and receding, happenings occasioned rather than strictly caused, but all real, “a great outdoors” as one Speculative Realist has put it, Speculative Realism itself a prison break, from the imprisonments of post- modern, constructivist, deconstructive as well as the Realism that is the other side of Idealism. And as risible as it might seem to elevate Lovecraft to the ranks of Joyce and Proust, this book makes a convincing case that he belongs there, his ‘style’ of broad, sweeping, general allusive statements and descriptions in which the metaphors pour out like clowns from a clown car, bumping, rolling, somersaulting over each other succeeds as no other writer has in keeping faith with reality not exactly ‘as it presents itself’ but as it is. Exciting, extraordinary, extreme — extreme or at least in its presentation which is cinematic, a succession of brief essays that thicken insight and multiply perspectives like a hall of mirrors alive with images the source of which is forever undiscoverable. Lovecraft was weird. Reality is Weird. So, too, is Speculative Realism. For fun, for challenge, for the challenge and excitement of original philosophizing, this book is hard to beat.
Read more
2 people found this helpful
Helpful
Report abuse
See all reviews

PETER BENSON
3.0 out of 5 stars A Philosopher Contemplates the Crawling Chaos
Reviewed in the United Kingdom on January 20, 2015
Verified Purchase
This is a book for people who are interested in Graham Harman's philosophy, rather than for people interested in Lovecraft. Harman is a better philosopher than he is a literary critic. He uses Lovecraft's writing to illustrates the ontological distinctions he makes in his own philosophy, and this is a useful clarification of his ideas. However, the long middle section, in which he analyses passages from Lovecraft's stories is repetitive and monotonous (the very criticisms often levelled at Lovecraft himself). He could have varied his discussion by looking closer at the narrative structures of the stories, with their oblique approaches to an unspeakable core. He might also have expanded his discussion beyond the longer stories of the Cthulhu Mythos. In seeking to reclaim Lovecraft from the opprobrium of critics such as Edmund Wilson, he overstates his case, suggesting that Lovecraft is a better writer than Joyce or Proust. As well as being a foolish judgement, this obscures the fact that Proust's own linguistic techniques, as they probe an evanescent reality, could have been used just as easily to illuminate Harman's ontological concerns.
Read more
6 people found this helpful
Report abuse

Mr. Nadim Bakhshov
5.0 out of 5 stars How to Read Lovecraft
Reviewed in the United Kingdom on August 30, 2015
Verified Purchase
I’d like to start with Edmund Wilson. He said Lovecraft “was not a good writer”. Unlike Harman, I would not even attempt to refute this statement. I understand why he feels a need to. But why bother. Was Lovecraft a good writer? The critical concept here is ‘idiom’. It’s so easy to dismiss someone not because of the actual work but because you cannot get inside their idiom, you struggle to tune into it. A way into Harman’s book is as a ‘how to read Lovecraft’ guidebook. He puts some real effort into helping the unwary reader enter Lovecraft’s idiom. For example, Harman talks about the 'bad' paraphrase. It’s a big deal to him – when he discusses Lovecraft’s actual words he keeps on saying: pay attention to Lovecraft’s constant disavowal of the precision and adequacy of language. The Lovecraftian monsters are in the main material entities – except for the alien presence in ‘colour of space’, of course. Lovecraft wants you to be aware that his words are approximations and falsify as much as disclose. This is really fascinating stuff and full of philosophy. Around here Harman really levers his own philosophical insights well, without sounding academic or getting lost in technical jargon. Lovecraft was a pretty impressive science fiction writer. One of his classics – ‘The Colour out of Space’ – is a brilliant work of alien invasion, but told in such a freakish and odd way that deserves real praise. Harman chooses to focus on the attempt to ‘describe’ the alien presence and the way its presence distorts colours and mutates living forms. Harman works really hard to detail out concrete examples to support his core thesis without distorting Lovecraft. To his credit he gets across this sense that Lovecraft wanted to portray an alien presence that somehow defies the familiar categories of our language. A good recent example of touching the Lovecraftian idiom is in the latest Evil Dead film – which I saw a few years back in San Francisco. Leaving aside the obvious presence of that fictional masterpiece ‘The Necronomicon’ the alien presence – especially out there in the woods is genuinely unsettling.