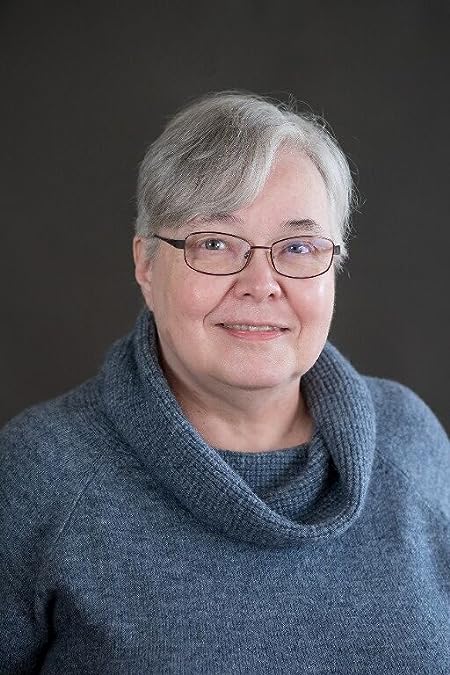 Wendy Bayne is a Canadian author and retired Registered Nurse who weaves themes reflecting her interests and passions in history and social justice. Her debut novel was Untitled: Crimes Against the Crown and she continues with adventure in her second novel in the series with Betrayal. Wendy has always been fascinated with the 19th century works and has been influenced by the well-known authors of the period such Jane Austen, Charlotte Bronte, Charles Dickens, and Thomas Hardy. 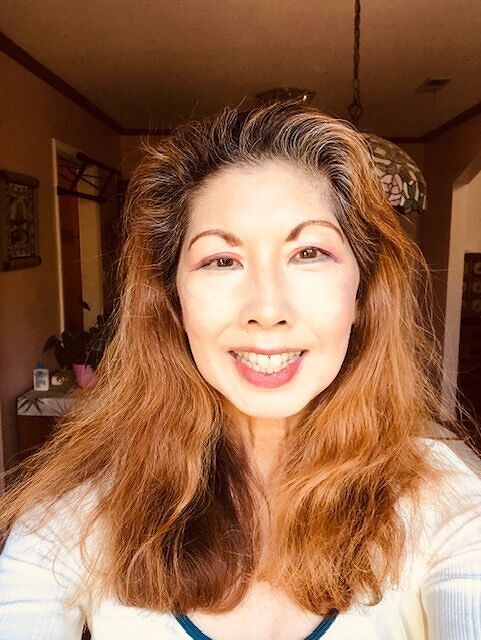 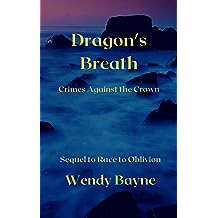 Dragon's Breath: Crimes Against the Crown May 23, 2022
by Wendy Bayne
$4.70
Dragon’s Breath is the seventh book in the Crimes Against the Crown Series.
This time it’s a race between Brocklehurst and the Brotherhood for Marian Braithwaite, the one person who may know the true extent of Brocklehurst’s influence in British politics and finance. But unfortunately, she has gone missing, and time is running out as the Russians, who may be agents of Brocklehurst, close in on her.
Once the Agency is dealt a tragic blow, retreating to Wales is their only option to avoid a diplomatic incident. However, their journey is fraught with hidden dangers. Once there, a storm the like of which hasn’t been seen in a hundred years is on the horizon.
Welsh folklore says such a storm portends the Dragon Sorris’ awakening from the caverns beneath the castle, unleashing its deadly breath across the land.
So will the Tinley’s be able to save their friends?
Continue following their adventure as Agents of the Crown. 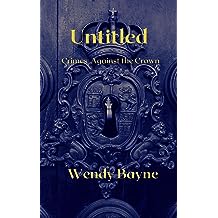 When the unconventional daughter of a British Spy joins the family business and meets the unorthodox bastard son of an aristocrat, murder mayhem and romance soon follow.
Set in Great Britain from 1826 to 1828.
Untitled: Crimes Against the Crown follows Clarissa Turner’s exploits as a young woman born into a family of privilege and embroiled in a world full of intrigue and suspense in the years following the Napoleonic Wars.
As Clarissa comes of age, she discovers that her life to this point has been a lie.
Having believed herself to be a bastard, she discovers that her family are agents of the Crown tasked with protecting the interests of Great Britain at home and abroad. As she becomes embroiled in the family business, she meets Miles Johnson, a bitter but handsome man searching for his identity as the wrongfully Untitled son of Lord Shellard.
Under the direction of Britain’s master of spies, they strive to bring down a consortium of smugglers, taking them from London to Paris and back as they seek to protect the nation.
Add some intrigue and suspense, a few outrageous personalities, a murder, and more than one harrowing rescue, and the book is complete Murder, Mayhem, Intrigue and Romance. Follow their adventures in the Crimes Against the Crown Series.
Read more
Other Formats: Paperback 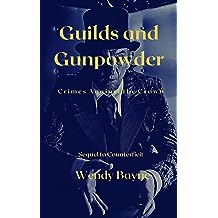 Murder, Madness and Mayhem are loose in the rookeries and the Houses of Parliament.

There is trouble in London, specifically, in Seven Dials, the would-be Guild leaders are disappearing, and someone is taking over inflicting new hardships on the residents. Jacob Thornton turns to Lord and Lady Tinley for their help.
Add to this the disappearance of many street children and the theft of gunpowder across the city and from the army arsenals what could possibly be going on.
Follow the family and their friends down into the sewers of London to discover what plot is afoot. But, unfortunately, time is running out for the Agency to solve the puzzle.
They are sitting on a powder keg that, if it explodes, could lead to Revolution and Total Chaos.
There is no doubt that the family is being stalked, leading to a brutal attack of someone dear to Lissa and Miles, causing her to lose heart until she decides to seek justice.

The Clock is ticking, and in the background, you can hear...

Murder, Mayhem and Family are consistent themes.
There are scenes of graphic violence and offensive language. 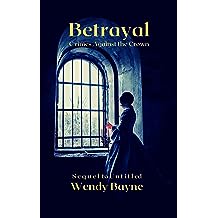 Lissa and Miles are married now and before the ink has dried on the registry, they journey to Lissa’s parent’s country home in Somerset to celebrate Christmas and to watch over Lissa’s still ailing father and expecting mother.
However, there are other plans afoot that include theft of important code books and murder that leads them back to London to ferret out their enemies. First, they must venture undercover into the rookeries and slums of London's east end, then back to the environs of the upper class. Eventually they end up confronting the smuggling ringleader. However, everything comes with a price and a person bent on revenge is on their heels as they flee to Scotland to distance themselves from the fall out of their latest investigation.
Murder and mayhem pursue the newlyweds from Dorset to Scotland.
Warning: There is graphic violence and rape is alluded to but not witnessed. 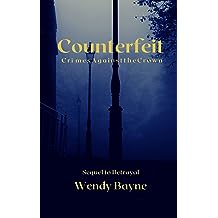 Counterfeit: Crimes Against the Crown Apr 29, 2021
by Wendy Bayne
( 4 )
$6.00
Counterfeit is the sequel to Betrayal Crimes Against the Crown. The adventure continues. Someone is set to destabilize the British currency and effectively crash the economy. Friends and family are now on the trail of the would-be Counterfeiters. Enter the legend of the Knights Templar and an organization known as the Brotherhood treasure. The agents of the crown follow clues to a derelict Welsh castle on the coast of Wales. Lissa, Miles and company become involved in tracking down and stopping this enterprise while contending with the kidnapping of one of their own and a death in the family. The adventure takes them to Wales, The Hague, and then the final confrontation in Egypt.
Read more
Other Formats: Paperback 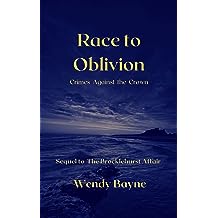 And old family friend Lord Gromley has died, so the family and their friend’s journey to Northumberland to pay their respects and wait in anticipation for the reading of the will.

But they are not the only ones that have made the journey. Johnathan Campeau has sent two close associates after them to wreak havoc and destroy the members of the Agency— once and for all.

While unexpected allies offer their help, have Lissa, Miles, and the family underestimated their adversaries and is there a traitor in their midst? The survival of the Agency and key members hangs by a thread. 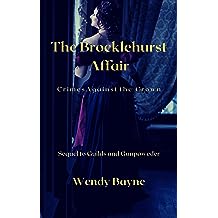 The Brocklehurst Affair: Crimes Against the Crown Oct 3, 2021
by Wendy Bayne
( 1 )
$3.94
The Brocklehurst Affair is the 5th book in the Crimes Against the Crown series.
The family and their friend’s journey to Scotland for an All Hallows Eve Ball and unravel an insurance fraud claim levelled against Edward and Maurice, who has gone missing in his search for answers. Together they confront a tangled web of deceit, dishonour, and murder.
Of course, no story taking place during the bewitching time of All Hallows Eve would be complete without ghosts from ages gone by and other strange happenings. So join the family as once again as they are plagued by murder and mayhem.