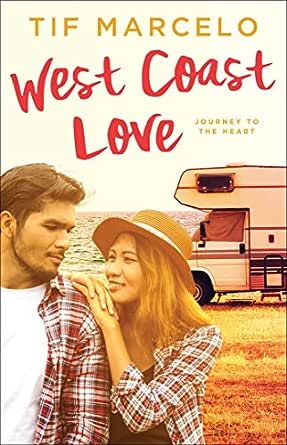 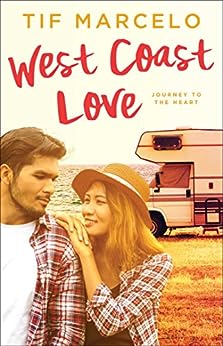 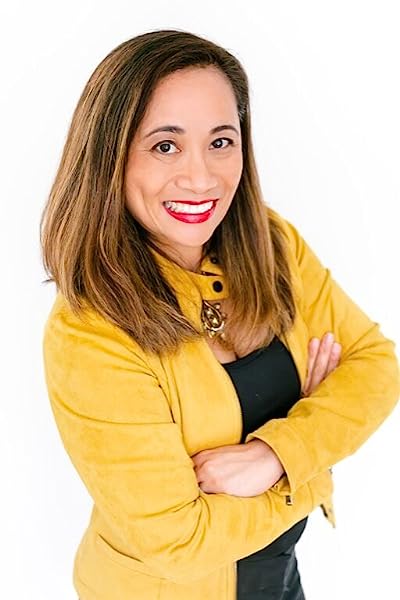 Tif Marcelo is a veteran army nurse and holds a BS in ursing and a Master’s in public administration. She believes and writes about the strength of families, the endurance of friendship, heartfelt romances, and is inspired daily by her own military hero husband and four children. She is also the author of Once Upon a Sunset, The Key to Happily Ever After, and the Journey to the Heart series.

Amazon Customer
5.0 out of 5 stars Another modern, relatable read from Miss Marcelo!
Reviewed in the United States on December 13, 2017
Verified Purchase
Tif Marcelo's third installment of the Journey to the Heart Series does NOT disappoint!!! Miss Marcelo's ability to blend emotional depth with lightweight humor will have readers ready to burst into tears one moment, and laugh in the next. And don't get me started on the fresh new take to modern romance! Miss Marcelo has a way of bringing modern, and very REAL heroes and heroines to the page, and I, for one, cannot wait to see what she has in store for us readers next. Kudos to the author!!
Read more
One person found this helpful
Helpful
Comment Report abuse

NashFlash
5.0 out of 5 stars Loved this series
Reviewed in the United States on July 30, 2018
Verified Purchase
What I liked most about this series was the consistency in the author's voice. There was a little cross-over from book to book, but not so much that each couldn't be a stand-alone. Each book featured one couple. Each couple was distinctly different even though there was a family connection and there was a military connection for each. Every book was unique -- the characters, the settings, the experiences. Very nice debut series. Looking forward to more.

LB
5.0 out of 5 stars Loved this book!
Reviewed in the United States on November 26, 2018
Verified Purchase
This book was a feel good story full of yummy romance, laughs, and food. Victoria and Joel were two characters a bit lost in their life paths, and they complimented each other so well. The RV living, reality show filming setting was a lot of fun. I enjoyed this novel from start to finish!
Read more
Helpful
Comment Report abuse

Smitten with Reading
4.0 out of 5 stars B rating...
Reviewed in the United States on December 11, 2017
My Review:
Ready for a foodie-centric road trip in an old RV? Then this is the book for you...hehe.

The premise on this one is really fun. There are four people in this reality food show crew. They have 8 days to hit 5 bbq festivals and do online reports. They are in close quarters which can be really awkward, but to raise the bar of awkwardness, Joel and Victoria slept together AND Victoria beat Joel out for the main reporting job...and this was all before they realized they'd be working together.

This story is a slow brew romance and I'll be honest, it took me forever to read it because I kept falling asleep (it's a crazy time of the year and I'm flat out exhausted, so this is not necessarily a reflection on the story). It's very readable and the characters are interesting, I just couldn't manage to stay engaged with the story (and I really think this is a "me" issue because I can't tell you a single reason why that was except I'm just plain tired). Overall, I definitely enjoyed it.

Like I said, it's an entertaining read. It's been a while since I went RV camping and this book was enough for me to look back on those times with nostalgia and make me a bit more willing to listen to my hubby the next time he says we should buy a camper again...hehe. It's fun to escape on this adventure with the characters.

And note...I adore that Victoria keeps a bullet journal as a bujo lover myself. I found myself wanting to know more about her bujo and the nitty gritty details of her blog...so much love for all that.

But I did like the premise, the characters, and getting to see all the festivals from the very unlikely perch of this rickety old RV.

I received a complimentary copy of this book in return for an honest review.

Xan West
4.0 out of 5 stars Loved the third book in this wonderful series!
Reviewed in the United States on January 10, 2018
I really enjoyed the last book in this trilogy of food themed romances centering Filipina heroines! I have been waiting for Vic's book since the first book (I fell for her as a character very early on), though especially after the second book, and I was so pleased I liked it so much. It was a comfort to me on a hard day.

This more than any of the other books feels like an older NA. Vic is young, a social media manager and a successful food blogger, and trying to figure out her next steps after she got catfished by a man she thought she was in love with. She hasn't been able to blog, and she feels lost, so she jumps at the chance to host a reality TV show that's road trip based. There's just one catch: its all about BBQ, and she hates BBQ. Joel is equally lost and trying to find direction, and was hoping to be the host of the very same show, only they hired him as cameraman instead. He's pissed that Vic got the job, because he adores BBQ as much as Vic hates it and thinks he should have been hired. This is such a classic NA hate to love romance arc, that's as much about them figuring out their direction and goals as it is about them coming together as a couple.

This has some lovely other elements to it, as the characters have a history, of a hot one night stand that was supposed to stay that way but can they keep their hands off each other? The BBQ and TV elements are both hilarious and sweet, the 8 day marathon is a fabulous whirlwind, and I fell hard for the secondary characters, especially Joel's sister, and Tara, the TV show's director. I especially liked the moment where Vic takes Joel to her family's restaurant. I loved seeing the characters from the other books again, and loved watching this couple try to find their footing in that new setting.

I admit, I love BBQ and would have loved a book that centered it that wasn't so descriptively anti-BBQ. It was a great premise for a story, but it didn't make me hungry, which is what I look for in a food-themed romance. I don't favor stories that center heroines who are mostly not doing things they are competent at, especially if the hero is very competent at those very same things. It makes for dramatic rivalry but it's a difficult read for me because of the power dynamic it sets up. That got disrupted some in the course of the novel, which I was grateful for.

The pacing is lovely, if a bit of a whirlwind. The characters are compelling and grabbed me right from the start. I was rooting for them, and really enjoyed the fact that I could not see how it could work out, how they could get their happy ending, what that might be. Loved going through the twists and turns and taking that journey, trusting it would happen. When it did, it felt right. I was glad for that.

Content Warnings Sex on the page. Alcohol use. Minor character is cheating on their spouse.