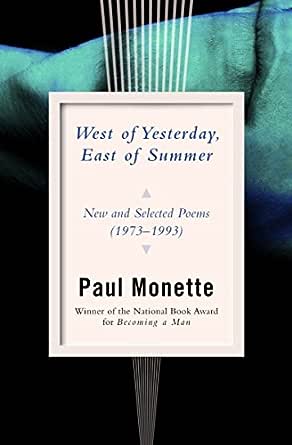 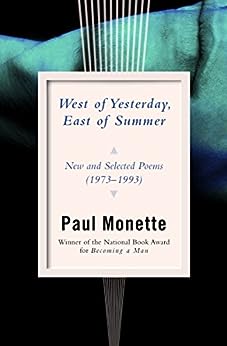 Since 1988 the work of novelist, essayist, memoirist (whose autobiographical Becoming a Man garnered a National Book Award), and poet Monette has grown out of his experience of AIDS. Not surprisingly, the strongest works in this selection of recent and previously published poetry are Monette's seven elegies for his dead lover, chosen from Love Alone (LJ 4/1/88). Otherwise, it is hard to quarrel when Monette characterizes the early pieces included here as "a numbing round of obfuscation and cliche." And the recent poems tend to read like prolix free association rants self-consciously yet unevocatively invoking the late (ragin') Yeats. If you haven't already purchased Love Alone, consider doing so: it speaks to an audience beyond the usual poetry readership. Buy the current volume if your Monette collection needs rounding out.
Thomas Tavis, San Francisco P.L.
Copyright 1994 Reed Business Information, Inc. --This text refers to an out of print or unavailable edition of this title.

Paul Monette began his writing life as a poet. For ten years he worked exclusively in the genre producing The Carpenter at the Asylum (1975) and No Witnesses (1981). Monette then turned to writing novels and did not return to poetry until almost a decade later, when AIDS cut down his lover, Roger Horwitz. Sporadically during Roger's 20-month illness, Monette began to experiment with a form that would express the careening anxiety and the overwhelming sense of exile that had engulfed the two men. After Robert died in 1986, Monette wrote a stunning series of elegies for his friend, a monumental and wholly original effusion of the fury and madness of grief. Those elegies appeared in Love Alone (1988), garnering awards and changing the face of AIDS in literature. Since then he has written a varied group of poems, some more formal, some in a torrent of language reminiscent of Love Alone. In West of Yesterday, East of Summer: New and Selected Poems 1973-1993, this impressive body of work has been brought together to reveal the extraordinary diversity of his career as a poet, from the sublime to the heroic. Monette has provided notes and reflections to place the work in context, as well as an illuminating preface. -- Midwest Book Review --This text refers to an out of print or unavailable edition of this title.

Paul Monette (1945–1995) was an author, poet, and gay rights activist. Born in Massachusetts and educated at Yale University, he moved with his partner Roger Horwitz to Los Angeles in 1978 and became involved in the gay rights movement. Monette’s writing captures the sense of heartbreak and loss at the center of the AIDS crisis. His first novel, Taking Care of Mrs. Carroll, was published in 1978, and he went on to write several more works of fiction, poetry, and memoir. Borrowed Time: An AIDS Memoir, the tender account of his partner’s battle with the disease, earned him both PEN Center West and Lambda Literary Awards. In 1992, Monette won the National Book Award in Nonfiction for Becoming a Man: Half a Life Story, an autobiography detailing his early life and his struggle with his sexuality. Written as a classic coming-of-age story, Becoming a Man became a seminal coming-out story. In 1995, Monette founded the Monette-Horwitz Trust, which honors individuals and organizations working to combat homophobia. Monette died in his home in West Hollywood in 1995 of complications from AIDS.
--This text refers to an alternate kindle_edition edition.
Read more