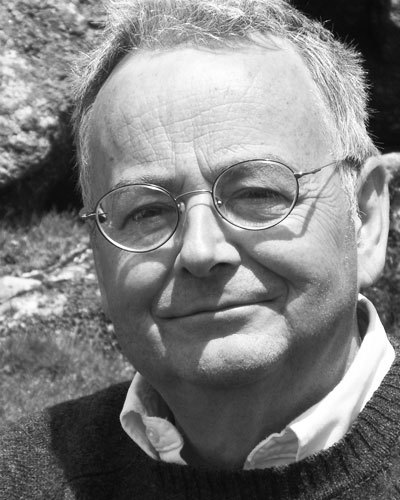 by Robert Letham (Author)
4.9 out of 5 stars 16 ratings
See all formats and editions
Sorry, there was a problem loading this page. Try again.

Drawing on new primary source material, Robert Letham considers the Assembly's theology in terms of the unfolding development of doctrine in the Reformed churches and in connection with the preceding and current events in English history. His book asks exactly what the divines meant at each stage of their task.
Read more
Previous page
Next page

"Avoiding anachronistic and misleading attempts to make the Assembly's work more 'relevant' to our times, the author has positioned that work firmly and clearly in its own time, with the paradoxical result that the Assembly's debates and decisions come to life again and speak powerfully to us today." --Robert B. Strimple, Ph. D., President Emeritus and Professor Emeritus of Systematic Theology, Westminster Seminary California

"Letham has put us all in his debt by giving us a solid and thorough introduction to the Westminster Assembly that brings its debates to life and shows why the confession and catechisms it produced have become the touchstone of Reformed theology in the English-speaking world." --
Gerald Bray, Beeson Divinity School

"Typical of Bob Letham's writings, 'The Westminster Assembly' is comprehensive in its grasp. . . . The book will appeal to theological professors as an ideal seminary text, to ministers as a handy guide for preaching and teaching, and to lay people as a tool to become historically and theologically informed." --Joel R. Beeke, Puritan Reformed Theological Seminary

Robert Letham (MAR, ThM, Westminster Theological Seminary; PhD, Aberdeen University) is professor of systematic and historical theology at Union School of Theology in Bridgend, Wales, and the author of a number of books, including The Holy Trinity, The Lord's Supper, and Union with Christ.

Robert Letham (PhD, University of Aberdeen) is director of research and senior lecturer in systematic and historical theology at Wales Evangelical School of Theology. A Presbyterian minister with twenty-five years of pastoral experience, he is the author of books such as The Work of Christ; The Holy Trinity; and Union with Christ, and a range of articles published in encyclopedias and journals.

Joshua D. Reitano
4.0 out of 5 stars Historically Enlightening View of the Origin of the Westminster Standards
Reviewed in the United States 🇺🇸 on March 21, 2014
Verified Purchase
This is an incredibly helpful book in understanding the historical context of the Westminster Assembly. Conservative Presbyterians are meticulous in examining context when it comes to reading and teaching the Scriptures. But we often act as if the Westminster Confession and Catechisms dropped from the sky, taking little care to understand the climate of their origination, and the debates that led to the particular language that was ultimately included in the Westminster Standards. Letham's book will go a long way in addressing this weakness. In the first half of the volume, the reader will get a lengthy history of the time period as well as the main participants at the Assembly. The second half walks through the Confession (with topical interludes particularly to the Larger Catechism), with special emphasis on the floor debates. Meticulously researched, Letham's analysis of the Westminster minutes give the reader a much deeper understanding of the diversity of views at the Assembly, and the compromise language chosen. Based on research alone, I'd rate this 5 stars. I gave it 4, simply because it's not a page turner and something you'll likely get jazzed about reading cover to cover. It makes for an excellent reference work and ought to be on the shelves of every Reformed seminary student and pastor.

A couple of quick and random observations:
1.) My biggest takeaway is the large diversity of views at the Assembly. This is not the impression you get from a lot of folks in the PCA. The debates were long and often heated, and at times the final language won by small margins. And yet, those on the "losing side" were not excluded from the Assembly. They were allowed to participate in crafting the rest of the document. Thus, the strict subscriptionism cannot be defended. It's historical anachronistic.

3.) There was a HUGE debate on the imputation of the active obedience of Christ.

4.) Letham does not think highly of TF Torrance's work on the Assembly. Letham seems to think Torrance kind of mailed it in.

5.) The debates around the Sacraments were also interesting. Seems clear that while most Assembly members favored sprinkling, some preferred immersion and few wanted to exclude any of the three modes of baptism: pouring, sprinkling, or immersion.

6.) The regulative principle was meant to be a "freeing principle" rather than a restrictive one. Assembly members were objecting to Anglican policies of enforcing the Book of Common Prayer and other liturgical elements on ministers and their churches. The Assembly didn't reject these things wholesale, but they crafted their statements on worship to make Scripture the sole judge and prescriptor of "right worship.
Read more
9 people found this helpful
Helpful
Report abuse

Daniel Foucachon
5.0 out of 5 stars An immensely helpful insight into the context of the Westminster assembly!
Reviewed in the United States 🇺🇸 on March 18, 2016
Verified Purchase
This book by Robert Letham helped me understand not just the result of the Westminster Assembly (namely, the Westminster Confession of Faith), but how it was formulated, and the struggles the assembly went through as they chose certain wording, and rejected other wording.

An example: Today many people would say that a denial of the Active Imputation of Christ's Righteousness would put someone out of the pale of the "Reformed Faith," or at least, put someone at odds with the Westminster Confession of Faith. But Letham carefully points out that there was a minority (yet respected) position at the assembly which did in fact reject Active Imputation, and the assembly felt that they should not be excluded, and therefore worded the Confession in such a way as to include that minority position. They believed that this minority position does NOT put one of the of the pale of Reformed orthodoxy.

Reading this work helped me understand that the Westminster Assembly was often less narrow than many of today's "TRs" (Truly Reformed) who draw tighter lines of orthodoxy than their forefathers.
Read more
8 people found this helpful
Helpful
Report abuse

Tim R. Prussic
4.0 out of 5 stars Get and Read
Reviewed in the United States 🇺🇸 on April 13, 2015
Verified Purchase
This book is well worth reading, especially for those who work with the Westminster Standards. Letham's historical work is significant and helpful, shedding light on the Assembly's theological articulation. This is all very good. The book mostly reads well. Sometimes, however, I felt like I was reading notes from a seminary class, which, from time to time, briefly repeated themselves. In short, the overall style of this book seemed a bit unpolished, but the content was great. Get and read.
Read more
2 people found this helpful
Helpful
Report abuse

Stephen. Turner
5.0 out of 5 stars worthy to be own your book shelf.
Reviewed in the United States 🇺🇸 on February 26, 2015
Verified Purchase
Insightful and a delight to read.
Read more
Helpful
Report abuse

Jacob
4.0 out of 5 stars Fair and mostly good
Reviewed in the United States 🇺🇸 on January 20, 2015
Letham gives a strong and fair survey of Assembly theology. This review will not summarize all of the book, but will highlight key points.

Letham is aware that a hard division on God’s not having passions must take into account the fact that the Incarnation brought into true union with humanity. Jesus experiences human thoughts, human emotions, etc (162). Letham is certainly on the correct path, but the problem is much deeper (and this isn’t a slam against Reformed Christology; all Christological traditions hailing from the Chalcedonian definition must face this problem: does our definition of what it means to be a person today include self-reflection? If it does, then we are on the road to Nestorianism. If it doesn’t, is it really coherent to speak of person anymore?)

Letham gives a competent discussion on Creation, though one that will annoy many. He admits, contra many Klineans, that the divines likely held to six solar days, yet he points out that the more pertinent goal was to reject Augustine’s view of instantaneous creation. Further, what we must also admit, no matter where we land on this discussion, is that the divines did presuppose a geocentric cosmology which saw theology in spatial terms. Indeed, one wonders if George Walker even knew that the world is spherical (Letham 191 n.50).

Great section on Law and Liberty--and he avoids getting involved in the painful theonomy disputes. Letham shows how the RPW should be read and interpreted in light of the Laudian imprisonment and persecution of Reformed believers. On another note, he points out how the Presbyterians really failed on clinching and continuing the “liberty of conscience” victory it justly won. I will elaborate:
Did the Solemn League and Covenant bind the consciences of those who didn’t vow it? Said another way, was Cromwell later on obligated to establish Presbyterian government? If he was, how does this square with what (Covenanter) Samuel Rutherford said, “It is in our power to vow, but not in the church’s power to command us to vow” (quoted in Letham 299)? Maybe the two points don’t contradict each other, but the tension is certainly strained.

And it appears the Presbyterians couldn’t maintain this tension. They chose to deal with the tyrant Charles I and supported (to their fatal regret later) the pervert Charles II. Cromwell’s victory at Dunbar is fully justified.

This isn’t a commentary on the Confession. It is a theological exploration of the historical circumstances behind it. Letham’s scholarship is judicious, measured, and impressive.
Read more
2 people found this helpful
Helpful
Report abuse
See all reviews