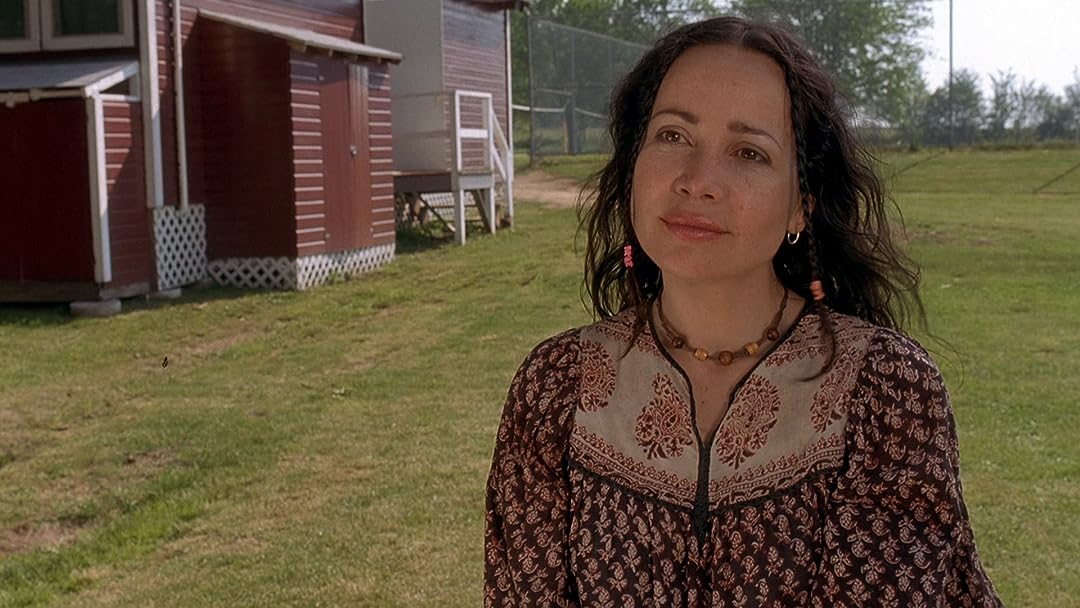 VictoriaReviewed in the United States on September 18, 2022
5.0 out of 5 stars
Funny
Verified purchase
One of my favorite movies.

GManReviewed in the United States on August 25, 2022
5.0 out of 5 stars
JJ! Save me a waffle man!
Verified purchase
David wain at his best and with this all star cast before they blew up to the stars they are is great.

skills215Reviewed in the United States on August 25, 2022
5.0 out of 5 stars
One of my go to summer movies
Verified purchase
Honestly this movie is a classic and I watch it at least once every summer

John RobinsonReviewed in the United States on July 11, 2022
5.0 out of 5 stars
Silly and hilarious
Verified purchase
The cast is chock full of funny ass comedians (too many to name honestly). It’s a super silly parody, but it’s smart too. There’s a reason it’s a cult classic. Watch it!

melissaReviewed in the United States on June 16, 2022
5.0 out of 5 stars
Good show
Verified purchase
It's a mini series I would say. There r several of these. Very good show and very funny.

SrvivlKittsnReviewed in the United States on August 2, 2022
3.0 out of 5 stars
Classic
Verified purchase
Old classic. It's ok

ChristineReviewed in the United States on March 27, 2002
5.0 out of 5 stars
I found it hilarious..
Verified purchase
but it's definitely not for everyone. As the reviews show, this is a movie that you either love or hate.
As some of the negative reviews have mentioned, there is a major lack of continuity in this film. This is something that made it really funny, in my opinion, and I would be willing to bet that those people didn't even notice exactly how much blatant discontinuity there was. In one particular scene, a character returns from a short trip with long, raggedy hair to talk to another character, and when the camera returns to him after she says something, his hair is at the length it was when he left. Just a couple minutes later, a similar thing happens with another character, even more obvious this time. I don't know about you, but I thought that was quite funny.
What I think is a problem for those who don't like this movie is that they expect some blunt parody of the 80's camp movies, when it really isn't. I think it revels in the genre but isn't really trying to directly mock it like Scary Movie did to horror movies. While there is definite parody in it, much of it is simply demented, nonsensical fun. I found the lack of consistent parallels refreshing, and it kept the movie interesting. And you have to really pay attention to it, because there is subtle humor strewn throughout.
I will say that I was a fan of The State in its days, but I had no idea that the people from that show had anything to do with this movie at the time I'd rented it. I just knew some people who thought it was funny. I also was never into 80's camp movies. So you don't have to be really knowledgeable of that genre to enjoy this. You do, however, need to have an appreciation for weirdness and an unusual sense of humor to really "get" this movie.

The awareness of the form is pitch-perfect, as is the fearlessness in turning the form on its ear -- such as when the camp has a marriage ceremony for two gay male characters and celebrates their love, instead of what would have transpired in the less tolerant movies of the early 1980s. Everyone from Paul Rudd to Christopher Meloni, Janeane Garofalo to Michael Showalter, and Michael Ian Black turns in incredibly hilarious performances. Wet Hot American Summer belongs in the rarest of comedy movies that you can watch literally dozens of times and always find something new to laugh at. Just watch it once the kids are in bed.

7 people found this helpful
See all reviews
Back to top
Get to Know Us
Make Money with Us
Amazon Payment Products
Let Us Help You
EnglishChoose a language for shopping. United StatesChoose a country/region for shopping.
© 1996-2022, Amazon.com, Inc. or its affiliates