What Are You Optimistic About?: Today's Leading Thinkers... and millions of other books are available for Amazon Kindle. Learn more 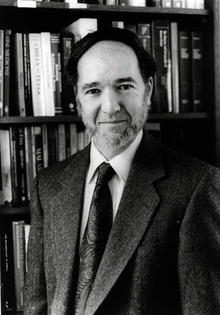 What Are You Optimistic About?: Today's Leading Thinkers on Why Things Are Good and Getting Better (Edge Question Series) Paperback – July 15, 2014

The publisher of the online science salon Edge.org, John Brockman is the editor of Know This, This Idea Must Die, This Explains Everything, This Will Make You Smarter, and other volumes.

Start reading What Are You Optimistic About? on your Kindle in under a minute.

Chad M
5.0 out of 5 stars Reasons why society is making progress in science, engineering, energy, medicine ...
Reviewed in the United States on June 2, 2019
Verified Purchase
The contributing authors to this book speak very well of progress in science and technology, however, there is a gap between the technical progress and the legislative and economic application of this new knowledge. For example, for about a decade now the basic science of cooling the Arctic with sulfate aerosols has been published, debated, and still the facts on the ground (or on the water) bear out the sad effects of rapid industrial growth -- glaciers and sea ice continue to decline ("Save the Arctic - Now" by Gregory Benford, p. 125).
On the other hand, where legislatures have been slow, new social movements that rely on a free and open internet and knowledge sharing, including the one now occurring in Europe reveal that optimism about information technology and social media was well-founded (see "Humanity's Coming Enlightenment" by Larry Sanger, p. 222). Yet, in our complex world even this high-spirited movement hasn't adequately grappled with how to develop and fund sustainable energy (see "Techno-Optimism and the Energy Challenge" by Martin Rees, p. 16). Hopefully, their voice and votes will be listened to by legislatures and departmental advisors who are, of course, much more capable of making the fine and difficult decisions about which energy initiatives to pursue, which conservation measures are important, and how widespread energy efficiency should be. Being optimistic here, one could hope that the legislatures will see connections between scientific and engineering disciplines as well as these scientists and provide an integrated and long-term approach to civilizational challenges (see "The Increasing Coalescence of Scientific Disciplines" by Gerald Holton, p. 330, and "Consilience" by Edward O. Wilson).
The authors of this book provide excellent and intriguing examples of why they have reason to be optimistic about science, technology, medicine, and engineering. Some write that they are naturally optimistic, or that it is a basic tenet of science to believe in the value of experimentation and incremental advances (see "The Optimism of Scientists" by Karl Sabbagh, p. 70). The perennial question may be: is the rate of progress and the depth of new scientific knowledge going to be sufficient to offset and then counter the increasingly serious regional and global challenges of this era, and in future eras?

The Spinozanator
VINE VOICE
5.0 out of 5 stars Enlightening and Sometimes Brilliant
Reviewed in the United States on February 9, 2008
Verified Purchase
Here is the 2007 EDGE question, put by the editor to prominent scientists all over the world:

"As an activity, as a state of mind, science is fundamentally optimistic. Science figures out how things work and thus can make them work better. Much of the news is either good news or news that can be made good, thanks to ever deepening knowledge and ever more efficient and powerful tools and techniques. Science, on its frontiers, poses more and ever better questions, ever better put. What are you optimistic about? Why? Surprise us!"

I counted 153 essays. Naturally, with only a half-page to four pages each, they are not greatly detailed. Certain themes caught the attention of many contributors:

1. Organized violence is at an all time low. You wouldn't believe it by listening to the news, but the statistics are clear. In the future, live internet access to anywhere on earth by GPS will cause exploiters of all cloths to have to resort to "Are you going to believe us or your lying eyes."

2. We're on the threshold of an era of unbelievable abundance. We will be able to make a self-replicating machine that will absorb energy through solar cells, eat rocks, and be working for humanity by the millions. We will figure out ways to harness solar energy and not need to use energy sources that pollute the environment.

3. Research in physics has been dominated by string theory in recent years which so far is untestable. New technologies will produce astounding insights very soon. The LHC (proton-proton collider) will advance the Standard Model and will find the Higgs boson or perhaps something unexpected. The new LIGO detectors may find gravitational waves. Arrays of wide-field telescopes on earth are being programmed to rapidly scan the universe. PLANCK is Europe's first space mission to study the relic radiation from the Big Bang, cosmic microwave background radiation. The AUGER array in Argentina will collect and quantify this same radiation. The GLAST satellite will place a telescope in orbit in May, 2008 to study the extreme universe without having to deal with earth's atmosphere. All these projects involve multiple nations and are guaranteed to provide astronomers and physicists with a new plethora of evidence to glean over for years.

4. There are many mentions of religion, only a few of them sympathetic, all of them seeing a decrease in the conflict between science and religion: "The number of people who realize how much of religious belief is non-sensical will continue to grow...I expect to live to see the evaporation of the powerful mystique of religion...a final scientific enlightenment will deal an overdue deathblow to religion and other juvenile superstitions...we will learn to shed the unessential dogmas, rules, definitions, and prejudices that religions have built up over the centuries and millennia...people will begin to see science as a vehicle for mutual understanding and for respecting life. Science will teach people these lessons, instead of simply trying to rob them of their faith and offering nothing in return.

5. Climate change and its solutions draw much attention. The consensus is that technology exists now to reverse the trend with fairly simple engineering techniques. Unfortunately, getting the politicians to steer the world in the correct direction will be like herding cats. At the same time, the political winds are blowing the right way and if we don't pass a tipping point, we will solve the problem. Solar power capturing technologies of the future will eventually do away with the need for polluting fuels.

Every reader will undoubtedly find some articles that he/she thinks are too optimistic, too unrealistic, too uninteresting, or just wrong. However, most provide good food for thought and every third or fourth one provides a nice "aha!" The book covers such a wide range of topics, I have barely touched the surface in this review. Most anyone should find parts of it fascinating and I highly recommend it.

Page 1 of 1 Start overPage 1 of 1
Previous page
Next page
Pages with related products. See and discover other items: future prediction