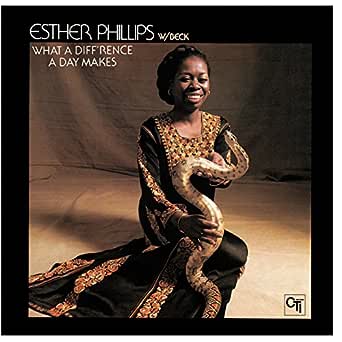 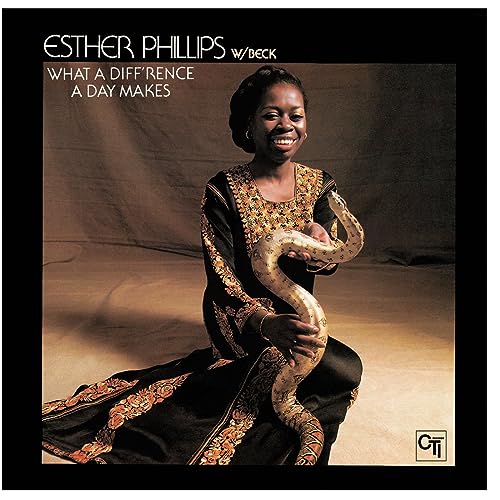 What a Diff'rence a Day Makes

Esther Phillips
From the Album What A Diff'rence A Day Makes
4.6 out of 5 stars 5 ratings

PamelaJC
4.0 out of 5 stars Great performance with a classic song.
Reviewed in the United States on January 25, 2013
Verified Purchase
I had this album when I was a teenager. Walking down Yonge Street at night in Toronto I heard it being performed by what appeared to be the exact same voice. It stopped me in my tracks. It was Esther Phillips.

The best way I can describe the performance is to describe the incident. I was compelled to the voice, but did not go into unknown bars alone at night. My companion abandonned me at the door seeing the clientele, I was not going to miss this
despite some fears of my own. It was an inebriated mainly male crowded bar.

I stepped in for the song, alone, after she sang I stepped out. I will always remember thinking how we subjected artists and their voices to such brutal smoky atmospheres to make a living.
Read more
Helpful
Comment Report abuse

Ginger Abernathy
5.0 out of 5 stars Amazon music store
Reviewed in the United States on October 23, 2015
Verified Purchase
An old favorite and it was on sale!
Read more
Helpful
Comment Report abuse