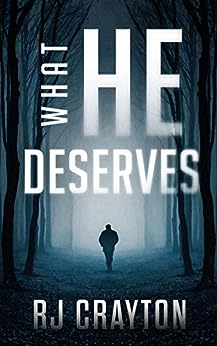 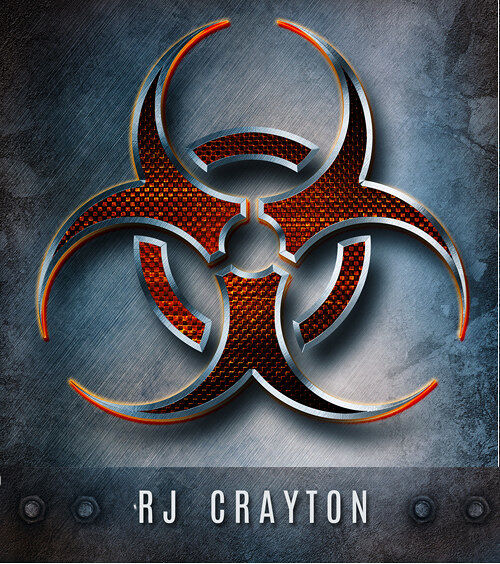 What He Deserves Kindle Edition

3.6 out of 5 stars
3.6 out of 5
15 global ratings
How are ratings calculated?
To calculate the overall star rating and percentage breakdown by star, we don’t use a simple average. Instead, our system considers things like how recent a review is and if the reviewer bought the item on Amazon. It also analyzes reviews to verify trustworthiness.
Top reviews

Jillian Torassa
4.0 out of 5 stars Interesting, quick read.
Reviewed in the United States on January 22, 2021
Verified Purchase
I enjoyed the way this story slowly unraveled, and I liked not knowing the whole story until the end. Richard was a little too much of a stereotype for me, and there was major oversight in his plan that gave me pause, especially considering how careful he was in his planning. But I enjoyed it and recommend it to anyone who wants a fast, mysterious read.
Read more
Helpful
Report abuse

Pearl
5.0 out of 5 stars Loved this book
Reviewed in the United States on June 10, 2019
Verified Purchase
I am not the fastest reader in the world but I completed this one in record time for me. It was just excellent and fast moving, and every single page was yet another twist. I could hardly wait to get back to reading it. More of this author for sure.
Read more
One person found this helpful
Helpful
Report abuse

choop
1.0 out of 5 stars Depressing
Reviewed in the United States on May 20, 2019
Verified Purchase
Couldn’t get involved, and ended up just scanning to finish. Waste of my time as far as I was concerned.
Read more
2 people found this helpful
Helpful
Report abuse

Kindle Customer
5.0 out of 5 stars A book most everyone should read! Fast paced and just darn good....
Reviewed in the United States on May 19, 2019
Verified Purchase
I didn't know what to expect. It was better than I thought it would be. It shows how people can prejudge and the results of that....
Read more
One person found this helpful
Helpful
Report abuse

Briennai Jackson
5.0 out of 5 stars Suspenseful Mystery-Thriller
Reviewed in the United States on May 8, 2019
Richard looked down on everyone that wasn't as lucky as himself. He thought that the only way to live life properly was through hard 12-hour work days to support your family, and that it was your own fault if you didn't do this. He disregarded the fact that some people may not be able to take those jobs, or may get sick and lose the ability to work at all. He just called them lazy, and even said that they deserved to die rather than forcing hard-working people to pay for their medical expenses. He hates that his church is starting to teach the youth group that some people aren't poor because they are lazy, he hates politics being in his church at all. He tries to tell his son differently, but soon Andrew starts growing apart from him. Just when he thinks that things are back to normal, his son gets into an accident, and his entire life is turned upside down.

The only thing that would have made this book better for me would have been if Richard was more likable. I would have had more sympathy for his coma and what was going on with his life if he wasn't so full of hate from the very start of the novel. Nevertheless, this book was definitely hard-hitting. I have never had any family members or known anyone that had absolutely no compassion for a single person who was poor, working in a low-wage job, or generally down on their luck. Richard didn't care what your case may be, if you did not have money, it was no one's fault but your own. There was no possibility that there may be circumstances that were not in the person's control that brought them to this situation. No, they must have just been lazy in life. I couldn't fathom how Richard didn't see the truth, but he didn't. He stuck to his beliefs from the beginning to the end, and it was definitely interesting to read such a stubborn character.</p>

The book doesn't start off with Richard being in a coma, but the further you get into it, the closer you get to the point where Richard is in the coma, and the more Richard remembers about why he is in his current situation. Crayton is an excellent storyteller and makes sure that readers can feel how lost Richard truly feels while he is in the coma. You are finding things out at the same time Richard is, basically reliving the last few months of his life. This form of storytelling kept me on the edge of my seat for the entire novel.

The ending of the story was still shocking, and I reread the last few pages just to truly absorb what happened. I would definitely recommend this book just for the ending, even if the book wasn't as amazing as it is. Now, I have to say that this is a must-read! It's a bit of a political thriller in some ways, but it is mostly a mystery-suspense novel. If you are a fan of either of these genres, then this is the novel for you.

I received a copy of this novel and this is my voluntary review.

Candy
4.0 out of 5 stars Who decides what we deserve
Reviewed in the United States on April 28, 2019
A very thoughtful look at how quickly a life and one's thinking can be turned upside down. Makes you really think ....do people really deserve whatever comes their way or could the ends occur because of a series of unfortunate events or a bunch of mistaken actions? Who or what is to blame for life or is it just what happens?
I see almost every type of person in society in this book. This book really makes one think about how he/she would react if any of these unfortunate events happened. How forgiving or giving of a person or a society are we truly?
I received a free copy of this book and am leaving my honest review voluntarily.
Read more
2 people found this helpful
Helpful
Report abuse

Marge J.
3.0 out of 5 stars A Page Turner!
Reviewed in the United States on April 26, 2019
This book had me on the edge of my seat, not knowing what big surprise would happen next! I could not put the book down. It had my total interest. I could sympathize with the main character for most of the story. I could even understand his frustration and his determination to put the situation back to how it had been. I could even feel his hate! I waited for some surprising end, but I have to say I was very disappointed on how it ended, even though it was What He Deserved!
Read more
One person found this helpful
Helpful
Report abuse

Divya
4.0 out of 5 stars An interesting story
Reviewed in the United States on August 12, 2019
This was an interesting story and the characters developed well as the story progressed. I thought the main character deserved better than how things turned out. I received a free copy of the book and this is my voluntary and honest review.
Read more
Helpful
Report abuse
See all reviews