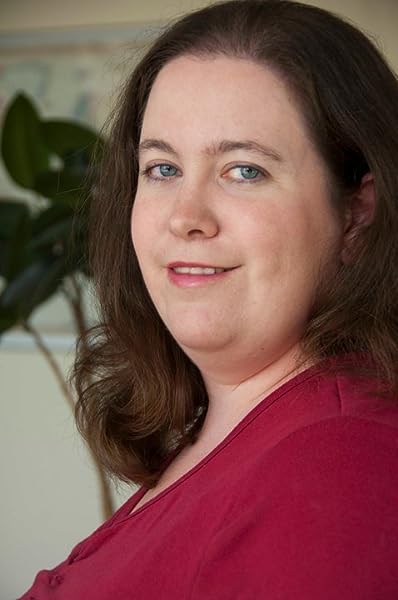 by Cynthia Hill (Author)
4.0 out of 5 stars 17 ratings
See all formats and editions
Sorry, there was a problem loading this page. Try again.

Every family has its secrets... Behind the clouds of dementia, Lillian holds memories of a life that her granddaughter Lisa could never imagine. From her childhood in 1920s and 30s Toronto, to a young World War II society bride, through scandal and unthinkable tragedies, Lillian kept her extraordinary life a secret, retreating into a lonely, bitter existence. Curious about her grandmother's mysterious past, Lisa unearths a long-buried secret that may finally bring the truth to light.
Read more
Previous page
Next page

"An enchanting novel about families, love, mistakes and redemption, What Lies Behind is a touching and heart-wrenching account of how love and hurt can shape your life." - Best Chick Lit "Since I had an absolute love affair with Cynthia Hill's first book, Idol Hands, I had rather high expectations for her second book, What Lies Behind. First off, let me just say that the two books are TOTALLY different in every way, save one - I love them both!!" - Book Drunkard

Cynthia Hill is a graduate of Toronto's York University (Theatre/English). She has written and edited for several major websites, and published her first novel, Idol Hands, in 2011. A mom of four insanely wonderful kids, she lives outside of Toronto, Ontario.

4.0 out of 5 stars
4 out of 5
17 global ratings
How customer reviews and ratings work

The Real LC
4.0 out of 5 stars Emotional, thoughtful story about family, memories and secrets
Reviewed in the United States 🇺🇸 on October 26, 2012
Verified Purchase
I received a copy of this book in exchange for an honest review.

I'm going to throw this out right away before I get on with the review: This book had me on the brink of tears almost from the beginning. With Alzheimer's Disease a part of my family's history, it was only too easy for me to project myself on Lily and Lisa's family story. But even without my personal connection to the disease and the effects it can have on a family, the story still evoked plenty of emotion.

Told interestingly in a two-string linear format, the bulk of the story follows the life of Lillian Sullivan from her young childhood as the well-raised child of socialites through her ultimate final home in a nursing home. Beginning during the roaring 20s and ending, today, Lily lives through the Great Depression, World War II and a constantly changing world.

Faced with pressures and stigmas that come with the time period and her place in society, Lily makes plenty of wrong decisions, which negatively alter her life. At same time, she faces challenges beyond her control. Raised to always keep her emotions concealed and behave as a lady, Lily's attempts to please her parents by doing so. Ultimately, this creates barriers between herself and romantic relations and with her children and ultimately grandchildren.

Lillian has a lot going for and against her, but she is no saint. Neither is her granddaughter for that matter. But both were so relatable, it was possible to forgive them their faults and sincerely hope their strengths could ultimately help them.

The result of Lily's life leaves the once happy and bubbly child a bitter and nearly broken woman late in life. I can't say much more about that without giving away too much of the plot, but it was well done. I honestly wondered how Cynthia would manage to get the story from those extremes in the beginning to the end, but she did it and the journey made sense.

Let's just say I was no longer on the brink of tears during the last quarter of the book. I admit reading this book hurt. A lot. I don't think I've cried this hard during a book since I read The Five People You Meet in Heaven or maybe Catching Fire. That should give you an idea that while it pried tears out of me, they were good tears. It's good when a book can give you emotions without overtly forcing them.

Mixed between years of Lillian's life -- which transitioned amazingly well when you consider the book covered the better part of a century -- we witness a few months of her granddaughter Lisa's life. Lisa was never close to her grandmother, and begins to learn more about pieces in her family's history after finding some old papers.

Though she recognizes she can never ultimately know the whole story, because the one person who can tell it is beyond recalling, her natural inquisitiveness leads her to look. At the same time, without knowing, she seems to face similar parallels to her grandmother's life, though her end choices and end results are different.

Perhaps the most beautifully heartbreaking part of this story is for the reader to see how similar these two women are, but neither will ever know how close their connection is beyond blood. Though their story resolves as well as it could, I was still left with a little bittersweet ache that stuck with me after I put the book away.

On a lighter note, I don't think it gives too much away to say that at multiple times in Lily and Lisa's stories, the men in their lives had me saying "those dicks" right out loud.

For me this was a painful and heavy read, but in a wonderful way. I flew through the pages of these books in an evening. Though the story left my heart hurting a little and my brain working a lot, this was a well-crafted story I am glad I read.

Special thanks to Cynthia for letting me read this. Extra thanks for her patience.

Whispering Hope Family
5.0 out of 5 stars Spellbinding
Reviewed in the United States 🇺🇸 on September 17, 2012
Verified Purchase
From the moment I picked up Cynthia Hill's "What Lies Behind" I simply could not put it down. Alternating between Lillian and Lisa's connected story was as smooth and as rhythmical as cross-country skiing. I loved how the complementing stories of grandmother Lillian and grandaughter Lisa began with stories of Lillian's own grandmother. Beautifully written and expertly resolved, this story is a must read for any woman who can relate to the complexities of navigating what it means to be a grandmother, a mother, a wife, a daughter, a sister, a friend and a granddaughter. It's a story of love, loss, joy, pain, pretense, hardship, history, whispers, realities and revelations. What lies behind... a question I think... a question whose answer is revealed over the course of Lillian's story but perhaps more importantly begs a personal answer from each of the readers themselves. What lies behind each of our daily presenatations and known family history? If this book is any indication... it's worth finding out. Enjoy this book and the beauty of the story created by Cynthia Hill... and then share it and savour it... and hope she writes another book soon!
Read more
One person found this helpful
Helpful
Report abuse

Amazon Customer
4.0 out of 5 stars A Well Written Story
Reviewed in the United States 🇺🇸 on March 24, 2013
Verified Purchase
I enjoyed this book even though it is not the type of book I normally read. Good to stretch my mind. It did remind me of some aspects of my family so it was very relate-able. Times were so different in the days of Lilian's life but it sounded like my grandmother. Check out this book for a good read.
Read more
One person found this helpful
Helpful
Report abuse

aging beauty
5.0 out of 5 stars A great read
Reviewed in the United States 🇺🇸 on January 5, 2013
Verified Purchase
Cynthia has done a lot of period research for this book. It is totally different from her first book, Idol Hands. She is very versatile and seems to be able write about any subject. I and several of my friends are waiting for the next one. However we realize that with 4 children and a full time job it must be difficult to find the time to write.Great job Cynthia!
Read more
Helpful
Report abuse

Kristine
4.0 out of 5 stars What lies Behind?
Reviewed in the United States 🇺🇸 on February 26, 2013
This book was a great way to relax. It took me a few days to read because I did not want to rush it. I wanted to enjoy it for as long as possible. It was slow paced, which normally I dislike in a book but this time it suited the story well and I found that I didn't mind the slower pace at all. If anything, it made the story all that more precious. I rated it four stars because it was overall a great relaxing read.

The story is told in Lisa's (present day) perspective and in Lillian's (past day) perspective. Lisa is Lillian's grand daughter and is going through some ups and downs in life, just as her grandmother went through in her time. The story ties together nicely and I found myself wanting to know more and more about each of their lives. Lives that were similar, but because of the times lived they were extremely different. Even though they suffer similar situations, the reactions of others to the situations vary greatly simply because of the time that they live. I found myself feeling bad for Lillian and Lisa with what they deal with. In the end, I was very happy with Lisa's decision.

On a personal note, I found it amusing that I showed up in the story. Purely coincidence I'm sure. Somewhere near the end of the book enters Mrs. Schwartz. A few pages later and Lisa is talking to an accountant who was also an aspiring novelist. BAM! There you have it. Me in a nutshell.

The only issue I had with this book was that it ended quickly. I felt that there was more that needed to be said before the story was finished. Other then that though, the story was written well. It was not hard to imagine the world that Hill was painting, and it flowed well for a book that jumps from present to past. I would recommend this book to any reader who enjoys slower paced books. I look forward to more amazing work from Hill, a great writer.
Read more
One person found this helpful
Helpful
Report abuse
See all reviews