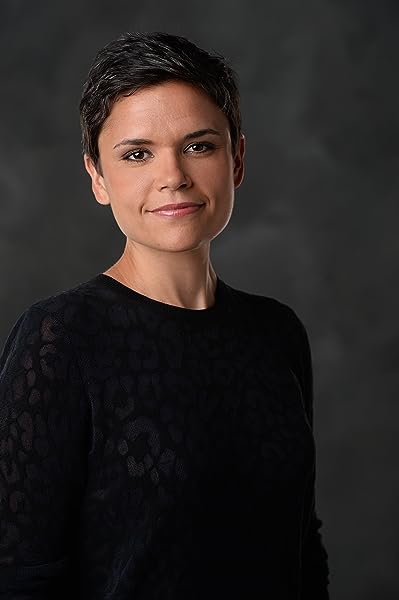 What Made Maddy Run: The Secret Struggles and Tragic Death of an All-American Teen Hardcover – August 1, 2017

Praise for What Made Maddy Run―-

Semi-Finalist for the PEN/ESPN Award for Literary Sportswriting―-

"Fagan does an exceptional job laying out [Maddy's] pain in a narrative style that is both persuasive and honest . . . a comprehensive, essential, and well-written piece about mental health, as well as a small step toward reducing the stigma around anxiety and depression."
―Erin McCarthy, Philadelphia Inquirer

"A compassionate and frank look at depression and the social pressure faced by many college students as seen through the eyes of one young woman."
―Kirkus

"With immense empathy, [Fagan] shares insights particular to student athletes, but presents them in universally accessible language and connects with the non-athlete through vivid examples"
―Shelf-Awareness

"Fagan delivers the sequence of events in such a heartfelt but very real way"
―Caitlyn Pilkington, Women's Running

"Holleran seems so alive on the page; her messages and Fagan's prose create someone who seems a real, living thing, so much so that by the end, this reader was rooting for her to talk to someone"

"The book goes beyond telling a heartbreaking story; it encourages compassion toward young adults struggling with mental health issues and will ultimately help us think about ways to prevent similar tragedies."
―National Book Review

Kate Fagan is a columnist and feature writer for espnW, ESPN.com and ESPN The Magazine. She is also a regular panelist on ESPN's Around the Horn and can be seen on Outside the Lines, First Take and His & Hers.

Previously, Fagan spent three seasons covering the 76ers for the Philadelphia Inquirer. She is the author of a memoir, The Reappearing Act, and co-host of the espnW podcast Free Cookies. Kate lives in Brooklyn, New York with her girlfriend Kathryn Budig and their two dogs.
Start reading What Made Maddy Run on your Kindle in under a minute.

4.6 out of 5 stars
4.6 out of 5
292 customer ratings
How does Amazon calculate star ratings?
Amazon calculates a product’s star ratings based on a machine learned model instead of a raw data average. The model takes into account factors including the age of a rating, whether the ratings are from verified purchasers, and factors that establish reviewer trustworthiness.
Top Reviews

Stratton
3.0 out of 5 stars CAUTION Before Allowing Emotion To Buy This Book
Reviewed in the United States on September 29, 2017
Verified Purchase
Kate Fagan is an excellent writer who interrupts an outstanding read with boring, benign and utterly useless personal anecdotes about her own athletic "career", which is intended to draw a parallel (I believe) between her and the subject and instead comes off as the writer screaming "GOOGLE ME!(!), I was a college athlete!". Speaking of Google. Google the original ESPN the Magazine article. Every salient detail you need to know and feel about this story is there.
Read more
71 people found this helpful
Helpful
Comment Report abuse

There was much more of Kate's input in the story than I thought there would be...I went into it thinking she was just the investigative reporter, but she shared a lot of her own story in there which I didn't relate to at all. I found myself skipping past her sections just to get to the rest of Maddy's story. Maybe some people would be more interested in Kate's story, but it just wasn't for me. I'd still highly recommend the book though - it really sheds light on a very important issue in a very personal, relatable way.

Deonna Galbraith
5.0 out of 5 stars Eye Opening
Reviewed in the United States on May 18, 2018
Verified Purchase
I am a sixty year old woman with four children and three grandchildren. I’m not sure what made me buy this book. I’m not usually a non-fiction reader. I think the topic of suicide leaves everyone feeling so empty and the thought of this type of loss is unimaginable.

By our society’s standards, Mandy had it all; a loving family, a huge group of friends to offer support, a God given talent to run, and yet, it wasn’t enough. Her poor family. They did everything “right.” That’s what is so scary.

I believe that anyone that reads this will find Maddys story so compelling and truly something they can relate to. Some of her feelings brought back similar feelings I had when I attended my dream college and left after one year. Suicide never crossed my mind but I can tell you I was troubled and my self esteem was low. I finished school in four years ( my absolute promise to myself)but personally I made some bad choices during this time.

How do we talk to our kids and grand children so they will never make the same choice Maddy did? After reading the book, I’m not certain I know the answer to that. I do know that I will talk to them just like maddys parents did and hope and pray that they will never feel so desperate.

cappsy
5.0 out of 5 stars Warning: you will feel everything
Reviewed in the United States on December 26, 2018
Verified Purchase
No book is perfect. When you take the subject fo suicide even less so. The author does a fantastic job of taking the life of a young woman and trying to explain why she lost the battle to depression. She used her experiences as a mentally healthy individual in comparison to try and show not everyone processes and handles situations the same way. In the end the book does not answer the question of why. The truth is the only one who could ever know why was maddy.

As someone who has made attempts in the past I can honestly say this book really hits on a lot of truths. The truths are grey but they are truths.

I cried so much and this book took me a long time to finish. The farther I got the longer it took. That is a good thing. Suicide is a harsh subject. There is no easy way to discuss it, at least their shouldn't be. You dont have to be an athlete or have gone to college to have experienced feelings similar to maddy's.

That said while I doubt the family reads any book reviews and try to avoid reminders I just want to say my heart goes out and thank you for sharing.
Read more
8 people found this helpful
Helpful
Comment Report abuse

Amazon Customer
3.0 out of 5 stars Wish it were better
Reviewed in the United States on October 29, 2017
Verified Purchase
I wish I could say that this book was amazing but it was just ok. Despite it being a very interesting topic to me, I found myself starting to skim through it. I think the way it was written, it would have made a great magazine article but as a whole book it just didn't quite keep my interest. A few chapters in and I was ready to move on. I did really like the book cover and the title and applaud the author for covering a great topic.
Read more
15 people found this helpful
Helpful
Comment Report abuse

Michele B
5.0 out of 5 stars Outstanding understanding of anxiety disorder
Reviewed in the United States on August 15, 2017
Verified Purchase
My daughter suggested I read Madison Halloran's story as written by Kate,Fagan so I would understand what she could not express clearly. I felt I was reading my daughter's story without the tragic ending. Reading the story gives me insight into my daughter's struggles and I am so grateful for this book. Being able to understand and talk to my daughter openly and candidly about this issue and suicide might help to make a difference.
The correlation with social media and the statistics about anxiety disorder among our young adults and especially student athletes are mind blowing and disturbing. I'm left with so many fears about young kids who are approaching these years. I hope they read the book and that educators are aware of the dangers ahead when they notice the changes.
Thank you Kate Fagan for sharing this story!
Read more
11 people found this helpful
Helpful
Comment Report abuse
See all reviews from the United States

Tina
4.0 out of 5 stars Written with compassion and honesty
Reviewed in Canada on March 2, 2018
Verified Purchase
This book was interesting, scary and honest.

Maddy is not doing well in her head and nobody picks up on it until it is too late. She is the young woman who appears to have it all, but she cannot make it through a day.

This book was scary t read because it details so well what every parent's nightmare is - not seeing or understanding that your child is sick and needs help.

Maddy's story is heartbreaking and it is detailed here as a cautionary tale - it scared me and made me incredibly sad. The author does not shy away from who Maddy was and what happened, tracking it back and seeing the signs that were there but weren't there at the same time.

At times, I found myself getting upset at Maddy and then feeling sad for her parents and then sensing how very sad and unhappy Maddy was. She was obviously running from something that was catching up to her.

Grant MacDougall
5.0 out of 5 stars Read it
Reviewed in Canada on January 3, 2019
Verified Purchase
If you have any young people in your life this book is a must read. It has opened my eyes to the challenges our youth are facing and the impact that technology and mental health issues are having on their generation.
Read more
Helpful
Sending feedback...
Thank you for your feedback.
Sorry, we failed to record your vote. Please try again
Report abuse