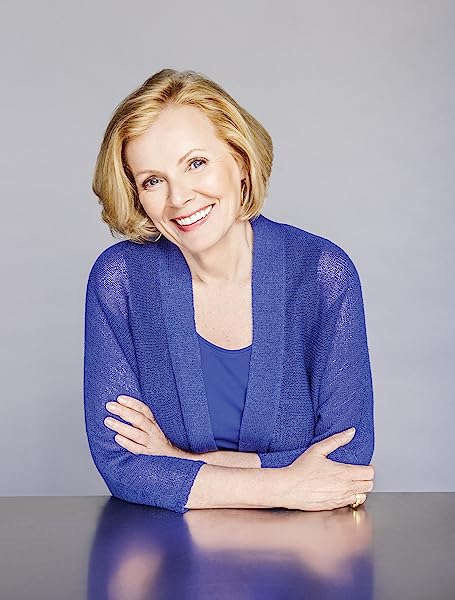 What I Saw at the Revolution: A Political Life in the Reagan Era Paperback – October 14, 2003

“A welcome oasis in the desert of political memoirs... likely to be the most honest, lucid and enjoyable look at the Reagan White House that we’ll get.”
—The Dallas Morning News

“An engaging book, the story of how a plucky and talented young person literally wrote her way into a previously all-male domain.”
—The Washington Post Book World

“Noonan has written the funniest, most richly textured, nervously self-effacing and deftly observed political memoir...to come out of the 1980s.” —Time

As a special assistant to the president, Peggy Noonan worked with Ronald Reagan, and with Vice President George H. W. Bush, on some of their most famous and memorable speeches. In her thoroughly engaging and critically acclaimed memoir, Noonan shows us the world behind the words. Her sharp and vivid portraits of the Reagans, Bush, and a host of Washingtons movers and shakers are rendered in inimitable, witty prose. And her priceless account of what it was like to be a speechwriter among bureaucrats, and a woman in the last bastion of male power, makes this a Washington memoir that breaks the moldas spirited, sensitive, and thoughtful as Peggy Noonan herself.

As a special assistant to the president, Peggy Noonan worked with Ronald Reagan, and with Vice President George H. W. Bush, on some of their most famous and memorable speeches. In her thoroughly engaging and critically acclaimed memoir, Noonan shows us the world behind the words. Her sharp and vivid portraits of the Reagans, Bush, and a host of Washington's movers and shakers are rendered in inimitable, witty prose. And her priceless account of what it was like to be a speechwriter among bureaucrats, and a woman in the last bastion of male power, makes this a Washington memoir that breaks the mold--as spirited, sensitive, and thoughtful as Peggy Noonan herself.

Peggy Noonan was a special assistant to President Ronald Reagan from 1984 to 1986; in 1988, she was chief speechwriter to Vice President George Bush during his campaign for presidency; in 1989, she left Washington, D.C., for her native New York, where she completed her first book, the bestselling What I Saw at the Revolution: A Political Life in the Reagan Years. Since that time, her articles and essays have appeared in Time, Newsweek, The New York Times, The Washington Post, Forbes, and many other publications. She is also author of The Case Against Hillary Clinton, a #1 New York Times bestseller. Currently, she is a columnist and contributing editor at The Wall Street Journal and a political contributor for Fox News. She lives in New York City.
Read more
Tell the Publisher!
I'd like to read this book on Kindle

4.4 out of 5 stars
4.4 out of 5
75 global ratings
How are ratings calculated?
To calculate the overall star rating and percentage breakdown by star, we don’t use a simple average. Instead, our system considers things like how recent a review is and if the reviewer bought the item on Amazon. It also analyzes reviews to verify trustworthiness.
Top reviews

PBO
3.0 out of 5 stars An interesting look into the Reagan White House and the upper stratosphere of politics
Reviewed in the United States on September 14, 2016
Verified Purchase
I had always found that most of the speeches written by Peggy Noonan were unique, thoughtful and sometimes inspiring. Others have given this book decent reviews, so I was curious.

Not a bad book. Loosely organized chronologically and by general topic. I think Noonan's starting background at CBS with Dan Rather then heading into the Reagan White House was an interesting path. She writes in a sometimes choppy and maybe abbreviated style.

I enjoyed some of the smaller observations she made about her environment and others:
- Used Executive Office Building furniture. It seems the junior staffer always gets the cruddy old used stuff. This got mentioned several times.
- Several senior WH staffers get some defining observations (good and bad).
- As an up and coming woman, she seemed to be an odd duck in the male dominated staff at the WH in the mid-80's.
- The nut roll of staffing out a major draft speech was the epitome of bureaucracy.
- Though she was not at the WH when Iran-Contra unfolded, her impressions of Oliver North when she first came across him were interesting to read.

As I continue to see Noonan on TV political roundtables during this current election season, this book helps to paint a picture of her background and to appreciate where she comes from with her commentary.

Something different. I would recommend the book for those with any political interest.

Pseudo D
4.0 out of 5 stars An Extra Dose of Peggy
Reviewed in the United States on December 11, 2017
Verified Purchase
Ah, Peggy Noonan. I don't read her column every week, and I never have, since the WSJ has generally gone out of their way
to make it complicated. In recent years I've gone to other sites that post the columns a week or two later. That's fine, it's not
about the 24 hour news cycle of current events, it's a deeper and broader level of reflection. Critics call it "free association"
but isn't that what our minds do much of the time when we're not consciously making an effort to concentrate?

This book is very useful for young devotees of Peggy and Ron who were too young to really know what was going on during
those years. It's a pretty good education just to hear the names that she drops and in what context. For Catholic thinkers
like myself, it's interesting to see how Richard Neuhaus (who was a Lutheran until 1990 I think) and Michael Novak were
key members of the intelligentsia. Pat Buchanan, "the Pat Buchahan?" (says Peggy when she found out he's the new boss)
was there. Best of all, Peggy wanted to work for the White House so she asked JOE SOBRAN. By 1999 when I encountered
his work, Joe Sobran was literally the furthest thing from a White House insider. But he was working for CBS Radio at the
time, and Peggy was working for CBS. She seems to suggest that many of the criticisms of Dan Rather and the atmosphere
at CBS are largely correct, but she is personally loyal to them. I think there's some value in that old fashioned virtue. Ironically,
Peggy's spunky jabs are similar to those of Sarah Palin in "Going Rogue", as the Don Regans, Steve Schmidts and Nicole Wallaces
can cramp the style of a talented and original person. One thing I like is that Peggy Noonan is always distinctly feminine, and
yet she has never claimed "this is the woman's perspective". It is a woman's perspective, and if you listen to it it should be
because you like it, agree with it, resonate with it and find it edifying.
Read more
One person found this helpful
Helpful
Report abuse

Bullmoose
4.0 out of 5 stars PEGGY NOONAN FOR PRESIDENT.
Reviewed in the United States on October 10, 2016
Verified Purchase
Peggy Noonan is my favorite author. She also writes a column for the Friday edition of The Wall Street Journal. 30 years ago when I wrote a piece for Air Waves. I believed that Peggy Noonan would a great First Lady for United States. That was 30 years ago. I am 13 years older than Peggy but she is much more intelligent. I recently attended one of her lectures which was held at Wake Forest University. The auditorium had an overflow crowd.
Read more
2 people found this helpful
Helpful
Report abuse

Bill Staley
5.0 out of 5 stars She's a goddess!
Reviewed in the United States on June 23, 2008
Verified Purchase
She's witty, intelligent, well-read, has down-home common sense, loves the Gipper. What's not to like? She tells great stories of a unique historic moment. She does not brag, has no axe to grind. Many beautiful sentences. One of America's great writers and thinkers. Don't miss her editorial essays in the Wall St. Journal on Saturdays. (Would someone please collect all of them, every word, into a book? Ala David Sedaris? PS - Reading DS leaves me amused, but feeling slightly creepier than I was before. PN leaves you sure that the world can and will be a better place.)

I listened to the Audible recording (from audible,com via [...]), which I believe is her reading her own book. It adds a lot to have her read it. But ... audible.com does not bother to identify the reader. It sounds like Audible recorded their version from a $19 cassette recorder, using a $[...] microphone. You have to turn it up all the way and it's still muffled. It's criminal.

I finished the book in a day, every minute a pleasure. Thanks, so much, Peggy Noonan.
Read more
One person found this helpful
Helpful
Report abuse

B.A.
5.0 out of 5 stars Interested and Poetic
Reviewed in the United States on July 5, 2019
Verified Purchase
The stories by Peggy Noonan are quite interesting and definitely tell a side of the Reagan era I had not known. Her ability to narrate the story is downright poetic. I enjoyed listening to every minute of it.
Read more
Helpful
Report abuse

S. R. Mannion
5.0 out of 5 stars Excellent!
Reviewed in the United States on June 1, 2012
Verified Purchase
I very much enjoyed and valued this book. Peggy Noonan writes with such detail and insight, it seems that the reader was living those days with her. Very much enjoyed descriptions of her childhood and family since I grew up in the same town. Her narratives about the Reagan era and behind the scenes stories are fascinating and written with poise and fairness. This is not a political screed but a balanced and intelligent memoir of her days in the Reagan White House. Sometimes with a quirky style, it is a fascinating read.
Read more
Helpful
Report abuse
See all reviews

Page 1 of 1 Start overPage 1 of 1
Previous page
Next page
Pages with related products. See and discover other items: ronald reagan biography
Back to top
Get to Know Us
Make Money with Us
Amazon Payment Products
Let Us Help You
EnglishChoose a language for shopping. United StatesChoose a country/region for shopping.
© 1996-2021, Amazon.com, Inc. or its affiliates