What You Should Know About Witchcraft and millions of other books are available for Amazon Kindle. Learn more 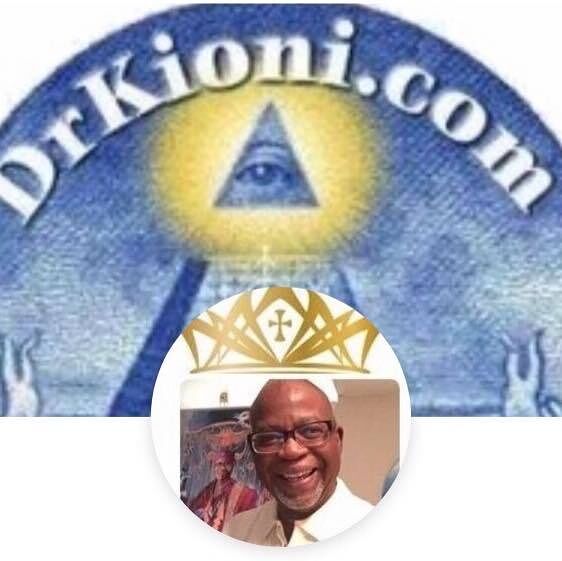 What You Should Know About Witchcraft: Why Knowing Witchcraft May Save Your Life Paperback – May 17, 2019

by Dr. Christos Kioni (Author), Baba Ifawole Idowu Awominure (Contributor)
4.8 out of 5 stars 19 ratings
See all formats and editions
Sorry, there was a problem loading this page. Try again.

The subject of witchcraft is a broad topic. In this brief treatise, the primary focus is about the efficacy of African Traditional Religions. Being an African American, I wish to address the stigma associated with the practice of African Spirituality, and why it’s crucial to not label the ATRs as witchcraft as the Europeans do. If you are interested in the subject of European witchcraft, the internet is replete with information regarding this esoteric tradition. My purpose for writing this book is to educate and inform about the benefits of the African Traditional Religions against wickedness, tyranny and negative energies projected by others.
Read more
Previous page
Next page

Page 1 of 1 Start overPage 1 of 1
Previous page
Next page
Start reading What You Should Know About Witchcraft on your Kindle in under a minute.

Kenneth Fuller, MSCD, h.c. aka Dr. Christos Kioni is a minister and successful internet entrepreneur. He is known as an expert in African Traditional Spirituality, and as a gifted spiritual seer. His weekly YouTube live streams is watched by thousands of viewers around the world. Dr. Kioni's diverse religious background is evident in his writings and videos,

In 1998 Dr. Kioni began internet webcasting a commercial online radio station, SmoothJazzWeb which he later sold to SmoothJazz.com.. In the early 90s he conceived the idea for a live worldwide hoodoo call in show in partnership with the Lucky Mojo Curio Co. It is the longest running hoodoo rootwork blog radio online.

To date, Dr. Kioni has been written about in the Huffington Post, Florida Today - Gannet Newspaper, LaFiga Blog, and is cited as a reference in many books about hoodoo. He has also been the subject for documentary videos by the Discovery Channel; and a subject matter expert for the Travel Channel series "The Dead Files". He is sought after for his expertise & success in necromancy, as an astonishing gifted seer and spiritual healer. Dr. Kioni has appeared on numerous syndicated radio, podcast & TV shows internationally.

Three chapters in NY Times Best Seller Author Christine Wicker’s “Not In Kansas Anymore: A Curious Tale of How Magic Is Transforming America" describe Dr. Kioni as "a man of God, a man with a big heart and a powerful Juju man."

Felicia McIntosh
5.0 out of 5 stars Excellent book
Reviewed in the United States on January 13, 2020
Verified Purchase
I am a follower of the Traditional African Arts/Spirituality. I am also a follower of Dr. Kioni and have been for some time now, so I was very pleased when he wrote and published this book. Dr Kioni is a interesting individual who is packed with a wealth of knowledge, I love listening to stories about his life. This book is a testimony to all of his knowledge and you will love the stories about he came to be , especially if you follow him. Some of the things written ,, I found myself shaking my head in agreement through what I have learned. I highly recommend this book. It is quick reading. I hope that he writes a book about his life.
Read more
One person found this helpful
Helpful
Report abuse

Reborn
5.0 out of 5 stars Absolutely the BEST book!
Reviewed in the United States on June 7, 2019
Verified Purchase
There isn't enough space to write a review that adequately details the great value of Dr. Kioni's book. Everyone man, woman and child would do themself a great service to read this book with an open mind; understanding there is a spiritual world they NEED to know about and know how to protect themselves as well as how to bless their lives. YOU need this book in your life!
Read more
3 people found this helpful
Helpful
Report abuse

samerinetr
5.0 out of 5 stars Empowering and clarifying!
Reviewed in the United States on January 13, 2020
Verified Purchase
I have been following Dr. Kioni for almost a year. Graciously I stumbled across his path online and discovered after a while this happenstance was indeed a blessing in my favour! This book while short is powerful and offers ions of education in a small package. This book will encourage the reader to have no fear, seek knowledge and build confidence. Anyone that reads this is sure to find the answers they seek. Take this very seriously as it is a true gem; a diamond in the rough. ma'at!
Read more
One person found this helpful
Helpful
Report abuse

Avisus Crews
5.0 out of 5 stars It is important to know that Spirituality is Reality.
Reviewed in the United States on June 13, 2019
Verified Purchase
I read the book in One day, I am interested in learning more, Language and how to love and teach.
Read more
3 people found this helpful
Helpful
Report abuse

Valerie M. Johnson
5.0 out of 5 stars Protect Yourself and Protect Your Family
Reviewed in the United States on June 4, 2019
This much-needed book will indeed save your life, protect you from misfortune and needs to be shared by everyone. Thank you Dr. Kioni for your wisdom.
Read more
5 people found this helpful
Helpful
Report abuse

Berwyn Kemp
5.0 out of 5 stars Power Packed
Reviewed in the United States on November 13, 2020
This is a must have book in this day and time. Dr.Kioni wealth of knowledge and wisdom about the spirit realm and tactics that people may try to use against you through witchcraft is found in this gem( book). You'll definitely read it again and again!
Read more
One person found this helpful
Helpful
Report abuse

Kindle Customer
5.0 out of 5 stars This Author is the real deal!
Reviewed in the United States on August 14, 2019
Dr. Kioni is an very experienced practitioner. He's the greatest example of an Elder that we have today. His knowledge is abundant and with this book it shows. PLEASE SUPPORT THE ELDER!
Read more
One person found this helpful
Helpful
Report abuse
See all reviews

CelticWitch
5.0 out of 5 stars DEFINITELY A MUST READ!!
Reviewed in the United Kingdom on May 18, 2019
Verified Purchase
Amazing And Well Written ,I am still Reading This Masterpiece but I know it will be the best thing I have read in a while , The Author Is one of the few good Spiritual Beings I have ever Known and His dedication to his work is Amazing.
Read more
One person found this helpful
Report abuse
See all reviews